Happy 4th Weekend! Throw Another Law on the Barbi… 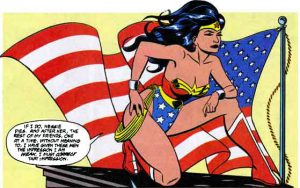 What a week and what a righteous way to kick off Independence day weekend.

The highest court in the land just dropped the mic by putting Texas politicians and all politicians on notice that their brazen attempts at using “The safety of women” as an excuse to destroy abortion access was not only unconstitutional, it was fuckery of the highest order, sooooo, bye, boy bye.

Yep. The Supreme Court ruled this particular strain of extremist gaslighting was being shut dafuk down.

It feels great to go into this weekend celebrating the beginning of reproductive independence, but, we can not fully celebrate until it is available for everyone.

So while we pop a cold one and roast a weenie, we also must commit to continue to fight for the reopening of clinics, the repeal of the Hyde amendment and for access for all.

The real celebration begins when a person can, without stigma or shame, choose to have a child and know there will be resources to help raise that child, or choose to terminate a pregnancy- all with the confidence her judgment isn't called into question.

After working with Amy Hagstrom Miller, The Center For Reproductive Rights and all the great allies in this movement, my team at LPJL has a new fire in our belly to stand and fight like hell to make that happen and to shine a big ol unflattering light on ANYONE who stands in our way.

As Angelica Schuyler sings in the musical Hamilton:

“We hold these truths to be self evident that all men are created equal, and when I meet Thomas Jefferson Imma compel him to include women in the sequel… werk!”

I'm gonna ask all of us to take Angelica's words a step further, and suggest that at your 4th of July BBQ, you compel EVERYONE to include women in the sequel.