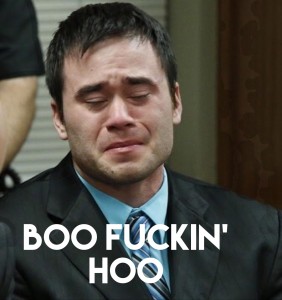 Daniel Holtzclaw, a former Oklahoma cop, was convicted of 5 counts of rape and an additional 13 counts of sexual assault, which carry a possible total of 263 years behind bars. He will be sentenced in January. Considering how hard it is to get a rape conviction, it sounds like a victory, right? Well, actually, it’s really only a partial one if you look at the process these women had to go through to get justice and the lack of attention the media gave the story. All of his victims were black, he chose black women because he thought they would not be believed in court. And that is just a sliver of the horror that is this case.

Goldie Taylor at The Daily Beast dove deeply into the background of this story highlighting what this conviction means and the agony these women had to go through including being put on trial themselves to get justice. Our questions, where was the media attention? Where was the trending on Twitter? Where were we all demanding justice?

We cannot say it enough: #BelieveSurvivors.