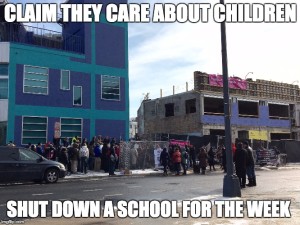 Today, we celebrate the anniversary of the historic day in 1973 when in a landmark decision, the Supreme Court ruled that access to abortion is a constitutionally protected right. In layman's terms, Roe v. Wade = constitutionally protected safe and legal abortions. While we have that constitutional right, it is a sad truth that every single day our rights are picked and poked at on both the national and state levels. Laws have been put in place making it harder and harder to access abortion.

Every year since the ruling of Roe v. Wade on January 22nd, hundreds of thousands of anti-choice activists descend on Washington, DC for their annual March for Life rally. They encourage congregations to take off from work and school, raise money and travel across the country for a rally that begins on the national mall with speakers (leaders of the anti-choice movement) including politicians and then march to the Supreme Court. They are dedicated AF, amiright??

This year, these extremists kicked off their anti-choice weekend retreat with a prayer and protest rally outside of the construction site of a Planned Parenthood clinic. But guess who was there and infiltrated their rally? That's right, the Lady Parts Justice League! We sent our best and brightest undercover and they fit in so well, they even came home with souvenirs: some “Planned Parenthood Sells Body Parts” signs and a prayer book or two.

The three-hour event, in freezing conditions, was pretty mild and uneventful in comparison to the protests and sidewalk counseling that happens at clinics across the U.S. daily. But there were a few things that stuck out the most that we felt were worth sharing: 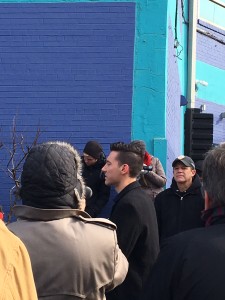 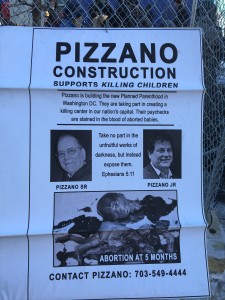 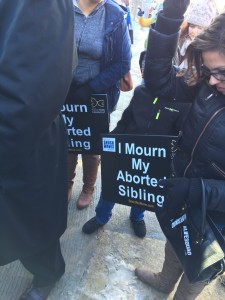 A mother brings her to kids to the protest in freezing cold temperatures and gives them signs to hold that say, “I Mourn My Aborted Sibling”

Are you angry? You should be! The anti-choice community is made up of well-organized, well-funded and committed individuals that are working tirelessly to take away your rights and are pretty successful at doing it. So today, we urge you to celebrate the victory that is Roe v. Wade but remind you to not be complacent in this fight because we have seen first hand, that they aren't. 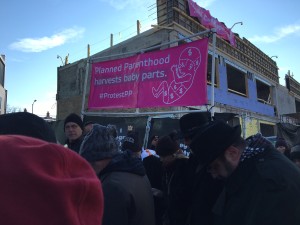 The old “baby part” trope…. that has been debunked many times 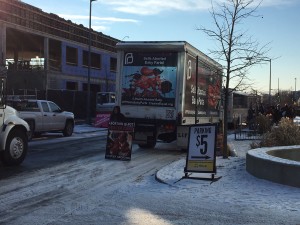 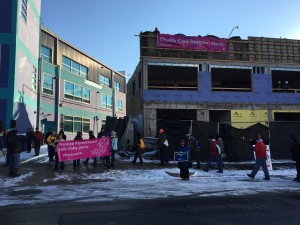