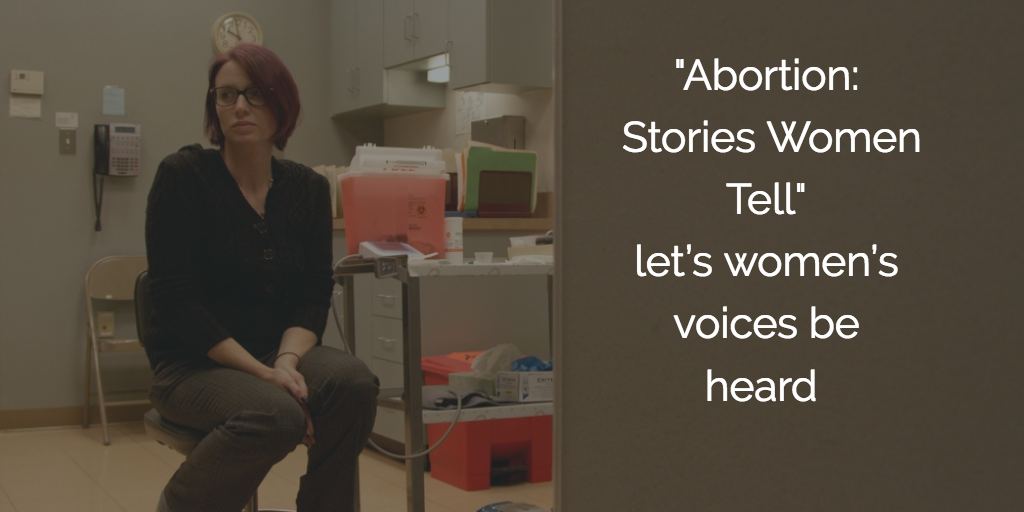 At Lady Parts Justice League, we’re all about letting women’s voices be heard. Several of those voices are heard quite movingly in a new documentary that you should definitely check out.

Friday, August 12th will see the nationwide theatrical release of the Abortion: Stories Women Tell from Emmy-winning filmmaker Tracy Dros Tragos. The HBO-produced film takes a look at the roadblocks to abortion access in Tragos’ home state of Missouri. More importantly, it examines the issue through the real life experiences of several women whose abortion stories are compelling and important.

97% of counties in Missouri have no abortion provider–there is only one abortion clinic in the entire state. And the long distances women must travel for abortion access are compounded by the 72-hour waiting period required by the state along with mandatory counseling. LPJL has been highlighting the impact of those kinds of restrictive abortion rules on women–this movie gets you up close and personal with many of the women themselves.

Tragos interviewed 81 women and 32 of them have their stories told in this film. Women are shown being forced to travel for hours to obtain an abortion across the state line in Illinois. You get to see a real person going through the hassles with work, childcare, and overnight stays that these abortion laws impose on women, and the impact is riveting.

We meet a single mother of two who is already working two full-time jobs as a waitress and bartender to support her family. She can’t afford to have another child. But thanks to Missouri laws, she has to travel 400 miles on two separate occasions and face hostile protesters at the clinic in order to spend $525 that she doesn’t have in order to terminate her pregnancy. Seeing her struggle makes all the talk about legislation suddenly very real.

The film features women from across the entire spectrum of views about abortion, including an older woman who takes a leadership role in the anti-abortion movement. Tragos treats everyone with dignity and respect. The result is a fully rounded look at abortion, told through the stories that women tell. It’s impossible to hear those stories without being convinced of the need for choice.