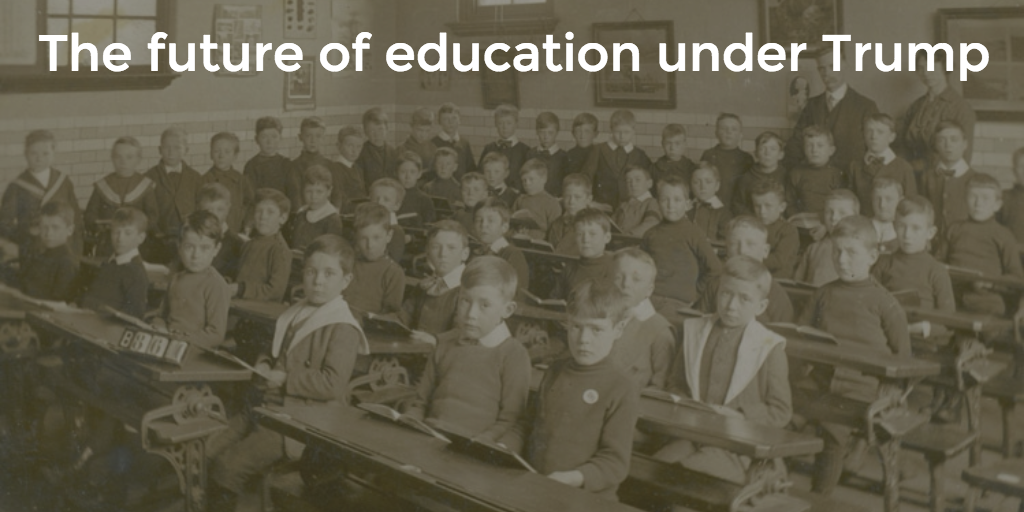 When are they going to learn? A man who literally punishes women for exercising their abortion rights was being considered for Secretary of Education in a Trump administration. While it was later announced that Michigan philanthropist and GOP/Crisis Pregnancy Center bank-roller Betsy DeVos was selected for the position, this is yet another example of the Trump camp floating the name of an absolute monster for a position before nominating a lesser-known, deep-cut deplorable.

Trump’s first rumored pick, Jerry Falwell Jr., is the president of Liberty University and one of the biggest proponents of pushing women’s rights back to the 19th century. Falwell met with Donald Trump to discuss education policy and a possible appointment as the head of the Department of Education–an agency that conservatives have long wanted to destroy. Putting Jerry Falwell Jr. or anyone of his ilk in charge of it would be a huge step in that direction.

The leaked “honor code” at Falwell’s Liberty University prohibits students from getting an abortion or helping anyone else access abortion services (specifically, “procuring/ financing/ facilitating/ obtaining an abortion.”) If they do they get “30 Points (+ $500.00 Fine, 30 Hours Disciplinary Community Service, & Possible Administrative Withdrawal).” Let’s assume the “Community Service” consists of standing outside a clinic screaming at other women trying to exercise their abortion rights.

After his audience with Der Trump, Falwell said he told Trump that he’s “be willing to serve in some capacity that sort of brings education back to some form of sanity.” Of course, what qualifies as “sanity” in Falwell’s universe looks pretty crazy in the real world.

In addition to punishing women for trying to control their own bodies, Falwell at Liberty has banned “sexual relations outside of a biblically ordained marriage between a natural-born man and a natural-born woman.” They also sued over the Affordable Care Act, falsely claiming that IUDs and other forms of contraception constitute abortions. Oh, and you can be sure that any “sex education” under a Secretary of Education Jerry Falwell Jr. would consist of nothing but abstinence, guilt, and lies.

As far as the safety of school kids goes, Falwell told students at Liberty to get concealed weapons permits, saying “I’ve always thought that if more good people had concealed carry permits, then we could end those Muslims before they walked in and killed them.”

Just because Falwell didn’t get the job doesn’t mean that his name being floated, his chummy meeting with Trump or his god-awful record will go unnoticed.