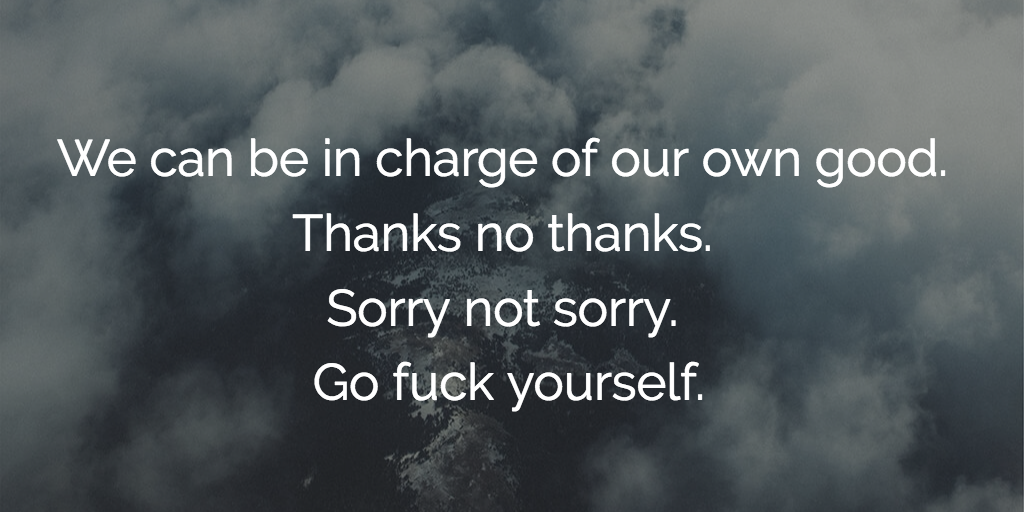 Anyone who has taken an anthropology class will be familiar with having been told “Oh that’s a Religious tradition” or “That’s a part of their culture, it’s not for us to judge” in response to being horrified at a blaring Human Rights violation. Now of course it is important to respect customs that differ from our own and to recognize that everyone doesn’t have the same values. That being said, how come this always seems to come up when women are being systematically violated?! We’re not allowed to comment because that’s somehow disrespectful to a “tradition” that is imbued with thousands of years of women hating?! An institution of misogyny. We don’t think so.

A Human Rights abuse is a Human Rights abuse no matter how you dress it up. And shock of all shocks, women are humans, who deserve rights. They also deserve to not have a part of their body removed in efforts to control their sexuality, life, personhood. We’re talking about female genital mutilation otherwise nefariously know as female circumcision.

Always at this point someone jumps in to bring up the many men who are circumcised. Ok, fine. It’s just not the same thing and it’s not about you right now so go beat your proverbial dicks somewhere else and really take a second to look at the egregious horrors that are being carried out on women.

Female cutting has been going on for as long as men have been trying to control women – so forever. Every now again it pops into the news somewhere behind a celebrity divorce or a new diet fad and we’re like “OH SHIT – women, are having their clits and labia cut off” and we are angry. But then a new movie comes out. Meanwhile said woman no longer has a part of her organs, if she lives through it at all.

Recently female cutting made the news again when Mayar Mohamed Mousa died in Egypt after a circumcision. She was 17 years old. Her twin sister also had the mutilation procedure that day and she survived. She no longer has a clitoris. She was not a baby when this happened to her. She will remember it forever.

Female Genital Mutilation was made illegal in Egypt in 2008 but an estimated 90% of the female population has had some form of the procedure. It is a “tradition” to “calm and purify girls”. Puke. Puke. Anger. Rage. Rage.

Not only is it DANGEROUS and possibly fatal it is morally repulsive. (Female Genital Mutilation can range from removing the clitoral to all or parts of the labia as well and “other injury to the female genital organs for non-medical reasons”.) It can cause problems urinating, cysts and complicate childbirth and increase risk of newborn death. We (the royal we, the Patriarchy) are trying to control women’s sexuality, take away any pleasure they might have from a sex act, make it painful, women are to use their bodies only for child bearing but are not to enjoy it. And it is to be made as hard on them as possible. THIS IS WHATEVER WORD MEANS WORSE THAN HORRIBLE. Reprehensible. Astonishingly fucking bad.

According to The World Health Organization over 200 million girls and women alive at this very moment have been cut. This is in Africa, The Middle East and Asia, roughly 30 countries. Most of these mutilations have NOT been carried out in a medical setting by the way. Just some dude with a rock or a razor shows up with a religious title. Sorry if that’s insulting to tradition but lets call a woman whacking spade a spade here.

Below is a list of possible “complications” (from The World Health Org) of Female Genital Mutilation:

Gender inequality is pervasive throughout our world and rears its ugly head in many forms. From pay disparities to women in the military, from voting on our reproductive freedoms to removing our reproductive organs. And it always seems to be done “for the good of women”.  It needs to end. We can be in charge of our own good. Thanks no thanks. Sorry not sorry. Go fuck yourself.