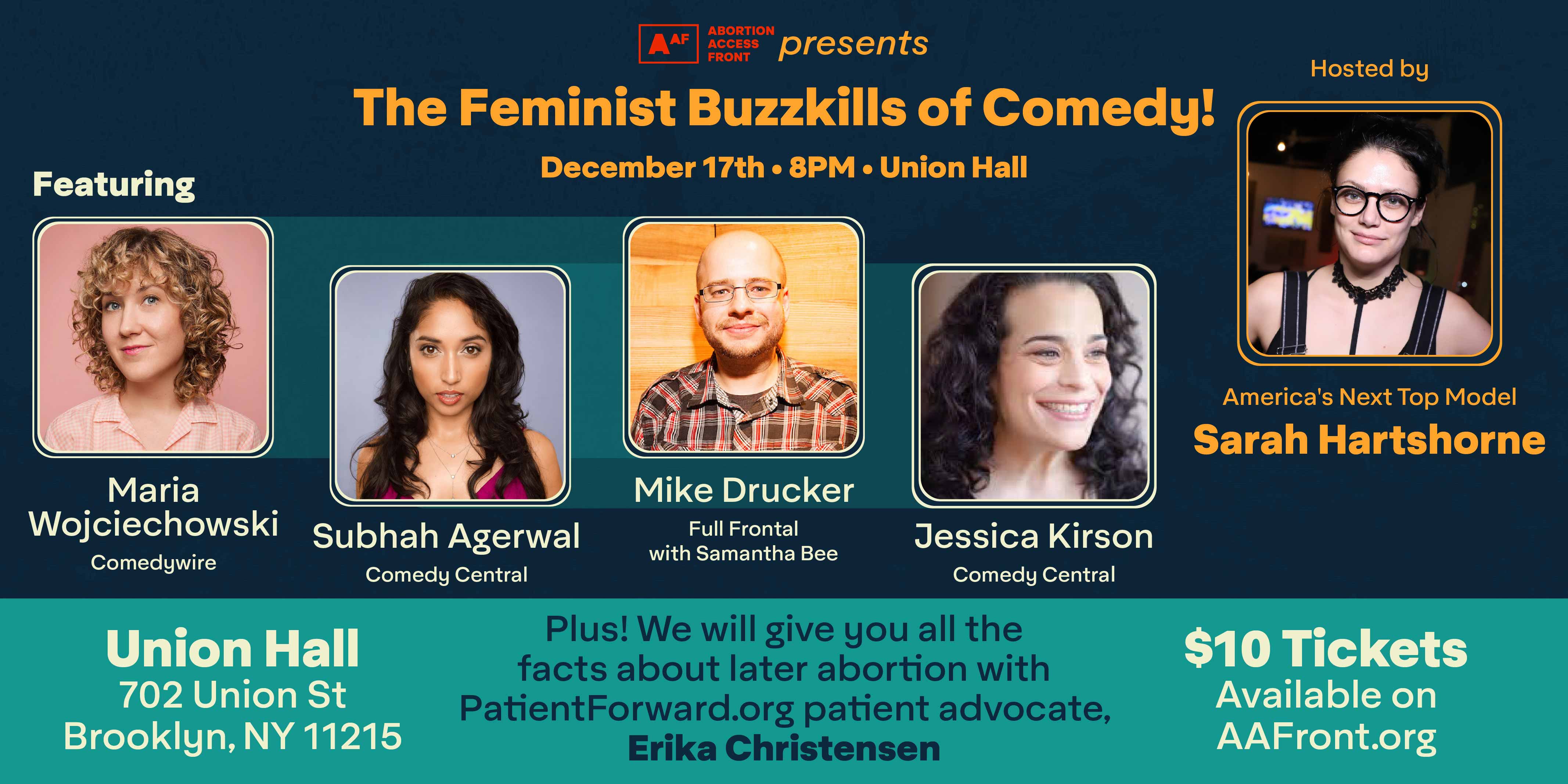 Abortion Access Front presents a comedy show full of people that have never sexually harassed anyone!

Get your $10 tickets right here!

Plus! We’ll give you all the facts about later abortion with PatientForward.org patient advocate, Erika Christensen

Friends of the Fowl had a great protest outside th

Lookin' good... sorry about all the people constan