Faces in Our Crowd

First and foremost, we would like to personally thank you, Cecile Richards, for addressing the Washington Post's absolute lack of acknowledgement of the many people serving as the backbone to the reproductive rights and justice movements.

So, with that said..

Hey, Washington Post! We love it that you decided to shine a spotlight on all the work being done by a new generation of abortion rights advocates. We sure wish you could have used a bigger light.

You see, if you want to tell the actual story on who is driving the new conversation about abortion access and justice, you have to write about all the voices. Your article completely erases the contributions of so many in the movement–like independent clinics who are suffering the most from these horrifying trap laws, or the Reproductive Justice organizations who are working so hard to serve communities of color.

Seriously, The Post wrote a major article that talks about a new breed of activists who “are bringing the passionately debated procedure into the light, encouraging women to talk openly about their abortions and giving the movement an unapologetic human face.”

And then went on to focus on only one of them… Cecile Richards.

Don’t get us wrong–Cecile Richards and Planned Parenthood keep it 100 all day everyday, providing quality care and doing amazing outreach. But when writing an article about a “Bold New Movement, ”HOW’Z ABOUT you talk about, um, the WHOLE movement.

Where is the mention of the hundreds of independent clinics who are also out there providing high quality care, while fighting hard to eradicate the stigma surrounding abortion.

In fact, your piece about “a bold new vision,” completely leaves out people like the trailblazing independent provider, Amy Hagstrom Miller, founder of Whole Woman’s Health who is the actual plaintiff in Whole Woman’s Health V Hellerstadt. Hagstrom-Miller carried the water for the whole movement when she took the crazy TRAP laws of Texas all the way to the Supreme Court.

And you completely erased the work of Reproductive Justice organizations like the National Latina Institute for Reproductive Health and Sistersong who fight for the minority communities that bear the brunt of the unending racist and sexist policies. Them, and so many Reproductive Justice organizations are the ones working tirelessly as advocates for issues that specifically affect black and brown women and families, trans folks, immigrants, and everyone else whose voices and reproductive experiences are never prioritized in our society. And for the love of research, when talking about repealing the Hyde Amendment, we can't exclude the tireless work of All Above All that helped move the Democratic Party Platform. 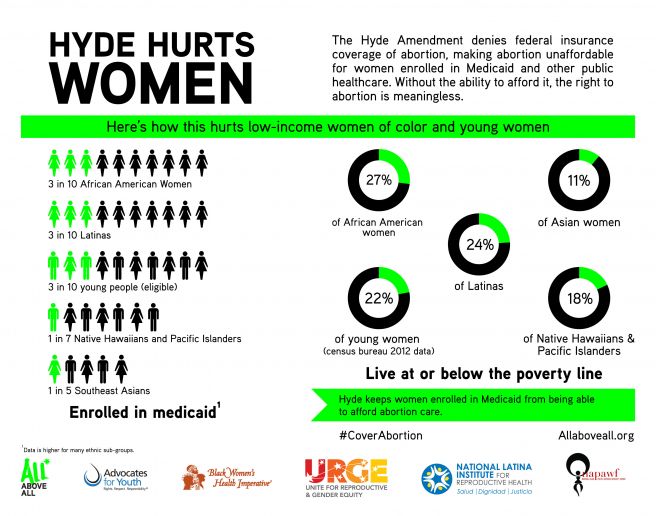 Many Reproductive Justice groups banding together to fight the Hyde Amendment

Bottom line, we’re incredibly thankful for all that Cecile Richards and Planned Parenthood have done and continue to do. Cecile and Planned Parenthood are a beautiful and righteous part of the reproductive movement, but they are not the only face of it. They’re just one of many pieces of this very badass and inspiring movement, and it’s crucial that we amplify who they are and teach people about them so that their work can grow.