Fallin’ Down In Oklahoma 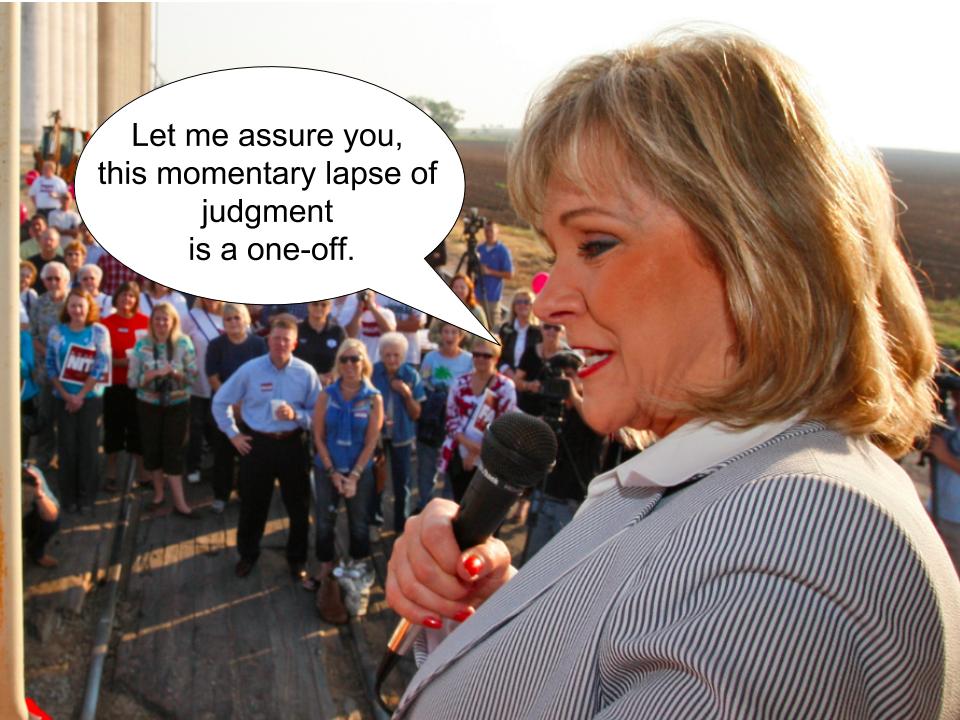 Ah, Oklahoma, where the hate comes sweeping down the plain!

As we at LPJL told you,Oklahoma lawmakers recently passed a bill that would throw doctors who perform abortions into jail. No,they aren’t real subtle in Oklahoma. Now that lack of restraint has caused a temporary lull in the shitstorm that routinely swirls around the beleaguered women of Oklahoma.

Oklahoma Gov. Mary Fallin vetoed the law on the grounds that it was vague and unconstitutional. That came as something of a surprise, since Gov. Mary Fallin has previously exhibited an intense attraction to unconstitutional anti-abortion laws. As a member of Congress in 2008, she co-sponsored fetal “personhood” legislation that would grant fetuses, zygotes, and cell clusters equal protection under the US Constitution. As Governor, Fallin has signed laws banning second trimester abortions, imposing long waiting periods, and restricting access to medical abortion. All of those laws were found to be unconstitutional.

So what caused Mary Fallin’s recent break with unreality? What’s up with her newfound acknowledgement of an outside world not completely peopled by misogynistic lizard people? Well first of all, Fallin was at pains to reassure the lizards that this was merely a tactical retreat: “While I consistently have and continue to support a re-examination of the United States Supreme Court’s decision in Roe v. Wade, this legislation cannot accomplish that re-examination.” So something else must be up.

One possibility is that Fallin is trying to build a little reality cred on the national stage because she is being seriously considered as a running mate for Donald Trump–a ticket that would need all the tenuous tethers to rationality that they could find. Whatever the reason, Fallin can’t stray too far from Looney Town. She’s already the nation’s 10th least popular governor. And she risked the ire of her constituents by also vetoing a law that would allow them to shoot feral hogs at night without a license. BECAUSE FREEDOM!

So don’t expect this dalliance with normalcy to last. The legislature is considering overriding Fallin’s veto–and she will certainly be amenable to any new anti-choice legislation that’s ratcheted down just a notch on the crazy scale. In Oklahoma politics, the winds of strange never die down for too long.