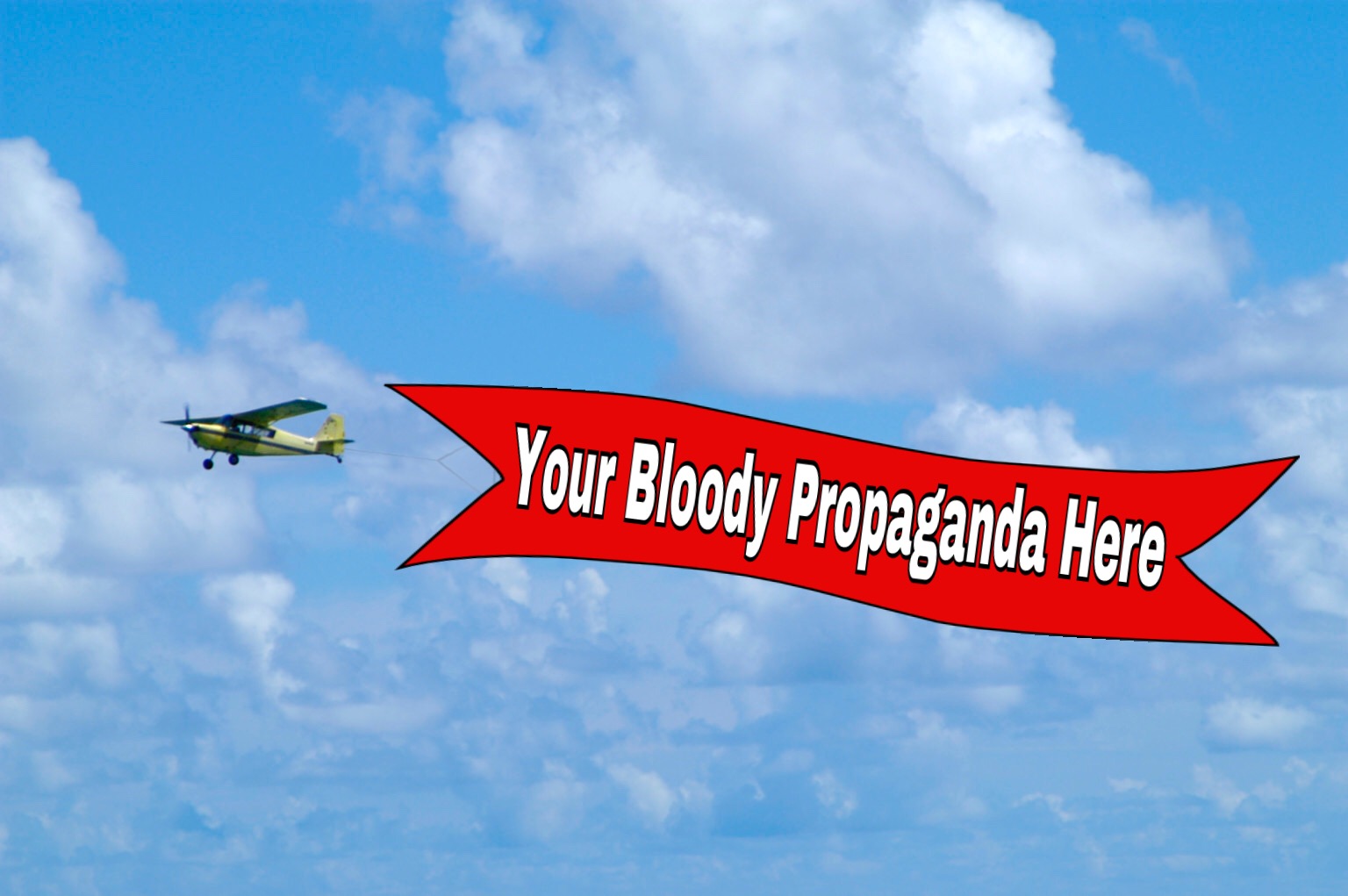 The same people who want to occupy your uterus also want to be all up in your face.

Anyone who has visited a women’s health clinic is familiar with the gore squad of freaks waving posters of what they claim are aborted fetuses. But you can only reach so many people by having your bloody images displayed by screaming trolls. So now they want to fly those images behind airplanes at big events like college football games.

Yes, a conservative Christian news website reports that the anti-abortion ghouls at Created Equal have announced plans to “plans to fly large pictures of aborted babies behind airplanes over heavily populated areas such as college football games in Ohio, Pennsylvania, and Florida.”

It’s all part of a campaign to get out the anti-abortion voters in the coming election. As a non-profit (like Lady Parts Justice League), Created Equal can’t advocate for any particular candidate. But they can conduct a “comprehensive outreach campaign” to “educate thousands of voters.” And by that, they mean blindsiding drunk college students with grotesque images. (But don’t worry, minority voters, “They also plan to display the images of aborted babies on large screen jumbotrons and on mobile billboards that will be driven through the streets of urban areas.”)

The gruesome images they promote as aborted babies are often of miscarriages, or otherwise faked or manipulated. Many come from a macabre treasure trove unearthed by one dumpster-diving lunatic back in 1987. But they keep making them bigger. And now they’re going to conduct an aerial assault with them.
What’s next–a fetal Macy’s Parade balloon?