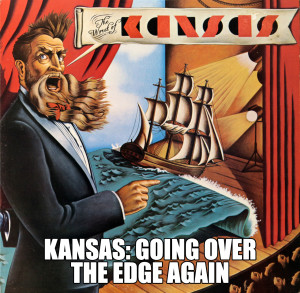 Carry on, my wayward sons. The anti-choice dinosaurs in the state of Kansas are fast-tracking a new legal assault on abortion rights in the form of a law called “The Unborn Child Protection from Dismemberment Abortion Act,” and yes, it’s every bit as tasteful as it sounds.

The Kansas “Dismemberment” Act is the first law in the nation that attempts to stifle abortion rights by effectively banning the procedure known as dilation and evacuation. D&E is used in almost all abortions after the 12th week and is considered the safest technique. Unhappy with the touchy-feely sound of the phrase “dilation and evacuation” the new law describes it as “dismemberment abortion,” or  “knowingly dismembering a living unborn child and extracting such unborn child one piece at a time from the uterus.” It’s the legislative equivalent of those pictures of aborted fetuses anti-choice people so enjoy waving around.

The law was blocked by a judge, but now officials in Kansas are fast-tracking it to the Kansas Supreme Court. And a similar law is already on the books in Oklahoma. Abortion rights in the heartland are a couple of rulings away from being dust in the wind.

(One final note: We don’t mean to associate the anti-choice forces in Kansas with the 70’s prog rock band Kansas. They are completely different. For starters, the band Kansas was progressive.)