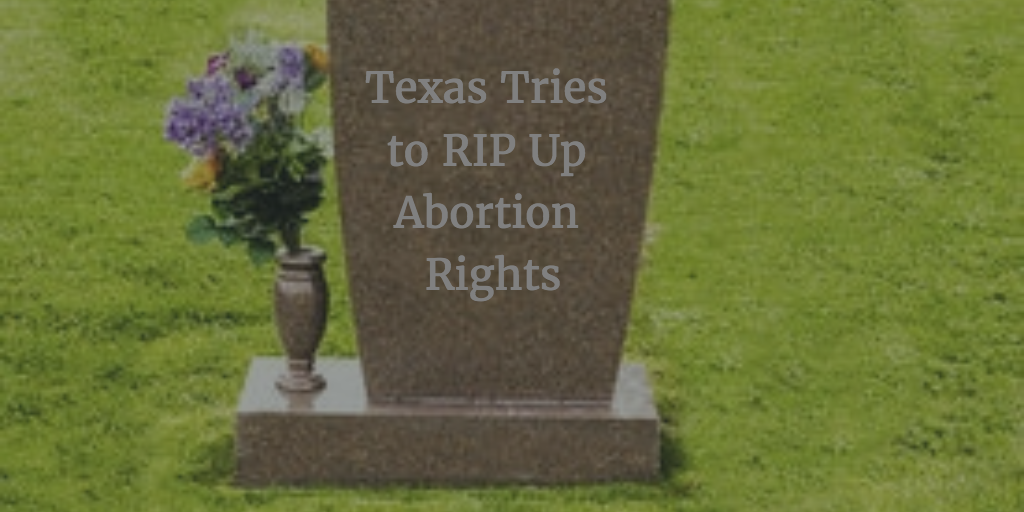 It seems Texas just won’t stop the lies when it comes to abortion rights.

The Texas Health and Human Services is proposing new rules that would mandate that all fetal remains be buried, or cremated and interred. Uh huh! You read that right–Texas wants to force women who have abortions to hold virtual funerals for medical waste. Cue the organist!

Just like with the lie that their vicious TRAP laws were aimed at promoting “women’s health,” these proposed rules are being sold as giving fetal remains “the highest standards of human dignity.” Their real function is to strip the dignity of women.

Sadistic, yes–and practical too! At least from the vantage point of making abortion as expensive and inconvenient as possible. Obviously these bizarre funeral rites are going to be very expensive for clinics and women who have abortions both. Have you priced tiny coffins lately?

The new rules are now in a 30-day period for public comment before going into effect. But Texas Governor Greg Abbot, who pushed for the rules, says he hopes to have them enshrined as laws by the Texas Legislature.

If this goes through, what’s next? Maybe a Vietnam Wall-style monument to the fallen fetal remains, complete with the names of the women who had the abortions. But then I shouldn’t give them ideas.

If this goes through, what’s next? Maybe we should play taps for every condom full of murdered sperm before it gets ceremoniously flushed to its final reward.