We’ve written about Kellyanne Conway and have noted her high-rank status in Sauron’s army before but because she’s doubly awful and was just named as counselor to the president, Saruman gets a second post.

Conway’s utter disdain for things like accountability, truth and women’s rights have long been some of her most vile qualities, but they’ve also been the keys to her success herding cats at the Trump campaign and transition team. A gold medalist in mental and verbal gymnastics, Conway’s dedication to her craft is mystifying as it is nausea-inducing. 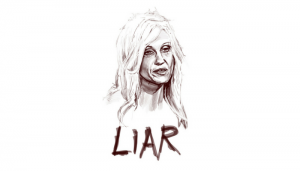 To know Kellyanne is to loathe her, to be sure, but just in case you’ve forgotten some of her greatest hits, here’s the TL;DR overview:

Though she says she’ll be great for her position because she doesn’t “play golf and [she doesn’t have a mistress,” (@-ing her boss already?) her lack of a heart will most certainly get in the way.