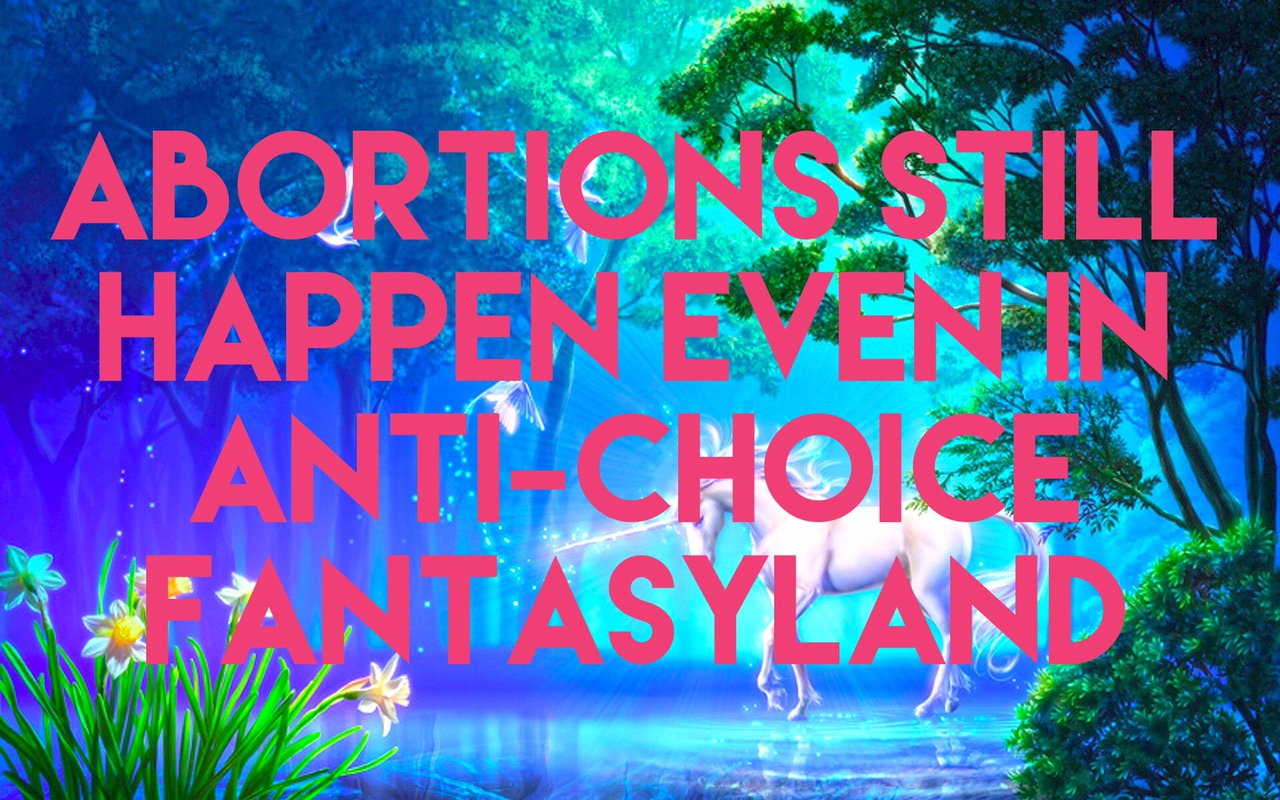 Did you ever wonder what this country would look like if anti-abortion fanatics could make their fondest dreams come true and completely outlaw abortion in America? Many things would be different, but one thing wouldn’t change–the number of abortions.

That’s right–even in a conservative fantasy land where Constitutional rights are ignored and every woman’s uterus is occupied by hostile right-wing forces, the rate of abortions would hold relatively constant. We know that because there are plenty of places on this planet where the restrictive dreamland of anti-choice zealots is a reality–and abortion is not any rarer there. It’s just more difficult and dangerous. And 40% of the world’s women live in places where abortion in completely banned or severely restricted.

The rate of abortion worldwide is about 35 abortions for every 1,000 of women of reproductive age. In places like Latin America and the Caribbean–where abortion is banned or highly restricted–the abortion rate is 26% higher, at 44 per 1,000. But in the US, with relatively easier access to abortion (so far), the abortion rate is only 13 per 1,000, or 63% lower than the worldwide average.

So if strict anti-abortion laws don’t stop abortions, what do they do? Simple–they stop abortions from being safe. Almost half of the 42 million abortions that take place each year are performed under conditions that are not medically safe. Some 47,000 women die from unsafe abortions every year in what the World Health Organization calls a “preventable pandemic.” Abortion restrictions don’t save the “unborn,” they endanger the lives of mothers.

So what does prevent abortion? Easy and affordable access to birth control! That can reduce the number of abortions among teens by 75% by simply reducing the number of unplanned pregnancies. But the same people who want to outlaw abortion also oppose making birth control more available–mostly for fear that some unlucky teenager might have sex without suffering the wrath of God in the form of an unwanted child. Makes perfect sense.

The conservative abortion-free dreamland is really a nightmare world where the only things that are truly banned are individual rights and safe medical procedures.

People need to wake up to that.