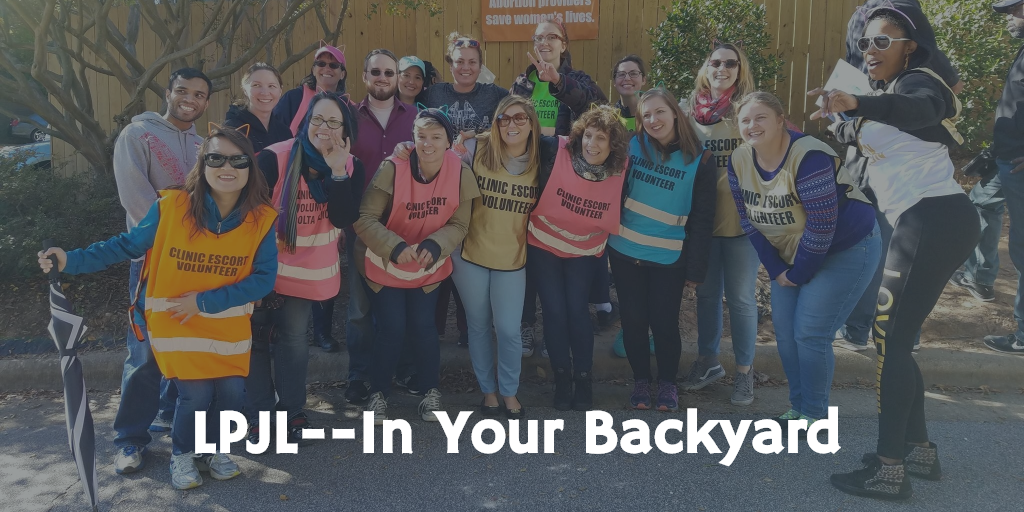 In this bizarre clusterfuck of an election, a few things seemed to have gotten lost. And one of them is the abortion issue. Abortion came up exactly one time during the general election presidential debates. Everybody knows where everybody else stands, and the choices are clear, especially regarding choice.

And while the presidential election will have a big impact on where we go from here in terms of women’s issues, the most important actions regarding abortion are taking place at the state and even the local level.

But as obsessed as everyone has been with the national election, the level of engagement and knowledge about what’s going on in people’s backyards is disappointing. Oh, it’s understandable: anti-abortion lawmakers do this stuff under the radar. Thieves have to be quiet, especially when they’re trying to steal your rights.

What you need is an early warning system to let you know what’s going on at the grassroots level, and to provide support for the people who are operating women’s clinics under what amounts to siege conditions. That’s where where Lady Parts Justice comes in–and where we’ve just been.

Lady Parts Justice League  just returned from 10 days in North Carolina–one of the most hotly contested states in this presidential election–on a mission that had nothing to do with who will do what in Washington. It was all about what’s being done, and what needs to be done, to safeguard local abortion clinics and help them to thrive.

We chose North Carolina because it had been targeted by an anti-abortion extremist group called 40 Days For Life. Their 40 days consist of a bus tour of America, showing up at women’s clinics to harass, intimidate, and shame women seeking abortion services.

What is needed is someone to stand up to them–and that’s what we did. LPJL joined counter protests, going toe-to-toe with shouting shitheels and SHAMING THE SHAMERS! These people are used to bullying women without being called to account. It just takes someone to raise their voice in opposition.

Beyond the protest, we decorated the clinic fences with supportive slogans, planted shrubbery to partially block nutball protesters, and treated clinic workers to lunch. And we put on comedy shows throughout North Carolina–spreading laughs and a message.

People who saw those shows got informed and got excited about doing something of their own to help the clinics. Audience members showed up the next day to join the counter protests and to volunteer as clinic escorts. Once people start speaking out, then others will join in. And we intend to keep speaking out.

Yes, your vote counts, but that kind of personal commitment counts immeasurably to the women who are being hounded just for exercising their rights. Right now everyone is understandably obsessed with who will occupy the White House and Capitol Hill. But it’s what’s going on in your backyard that will affect you most. And that’s where LPJL is, today and every day.

This Election Day, be sure to vote. But don’t stop there. Support abortion rights every day with LPJL.