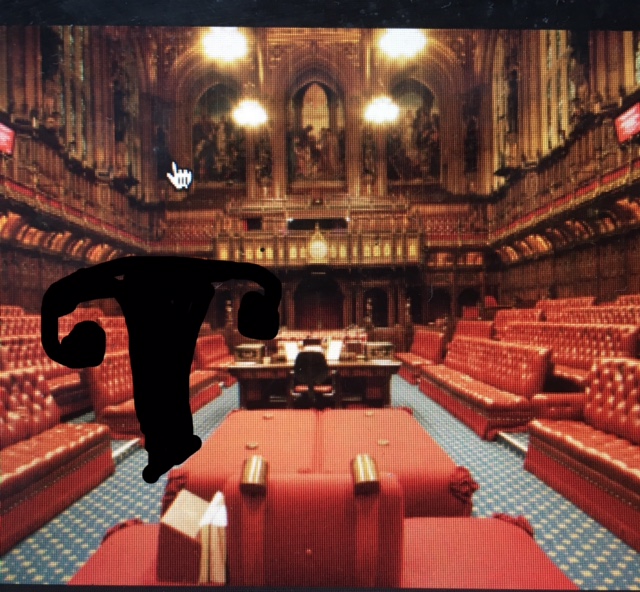 It’s a debate! The House of Lords are fightin’ this Friday. It’s going down. I’m yelling timber! The House of Lords be Lordin’! (I can’t stop – it feels so Masterpiece Theater meets WWE.) I like to imagine them as having a huge sword battle or something equally Lordlike; perhaps a group of men walking in a circle smacking each other with hankies. Who knows! The possibilities are endless (I mean, unless you are a woman). But on Friday The Lords will be debating the normal way, with words, not swords. And words cut deep! The Lords are debating possibly the biggest rollback to abortion rights in almost 50 years. Get your wigs!

Lord Shinkwin, a British Conservative politician, is proposing a bill that would remove 2 clauses from the United Kingdom’s 1967 Abortion Act. (The Aborsh Act states that abortion is legal in all of GB — except of course in Northern Ireland — for up to 24 weeks with the exception of cases where the mother’s life is in danger, there’s great risk of injury OR there is a fetal abnormality present that is extreme then it’s allowed up until birth.)

Shinkwin wants his bill for ‘Disability Equality’ to work on two levels. Firstly, a fetal abnormality could not be a reason a woman gets an abortion before 24 weeks. Secondly, after 24 weeks, even if an extreme fetal abnormality arises, no abortion for you.

Shinkwin is arguing that ‘discrimination after birth is outlawed’ so why is it allowed before birth. Which, honestly, is just clouding the issue, albeit a delicate issue, with emotional language. Again we are moving away from the heart of the matter which is a woman’s right to choose and decide what is best for her. Period. Full Stop. Get out of the vag.

Also this cutback on the Abortion Act opens up a large grey area. What if someone was going to get an abortion and they found out there was a fetal abnormality (like as an ‘oh by the way') could they then not get the abortion even though that wasn’t the reason? Are we gonna let The Lords decide? Seems a little feudal.

Someone call Maggie Smith! There’s a man wanting to make rules about my Downton Abbey!