Loyola, it’s time to get educated 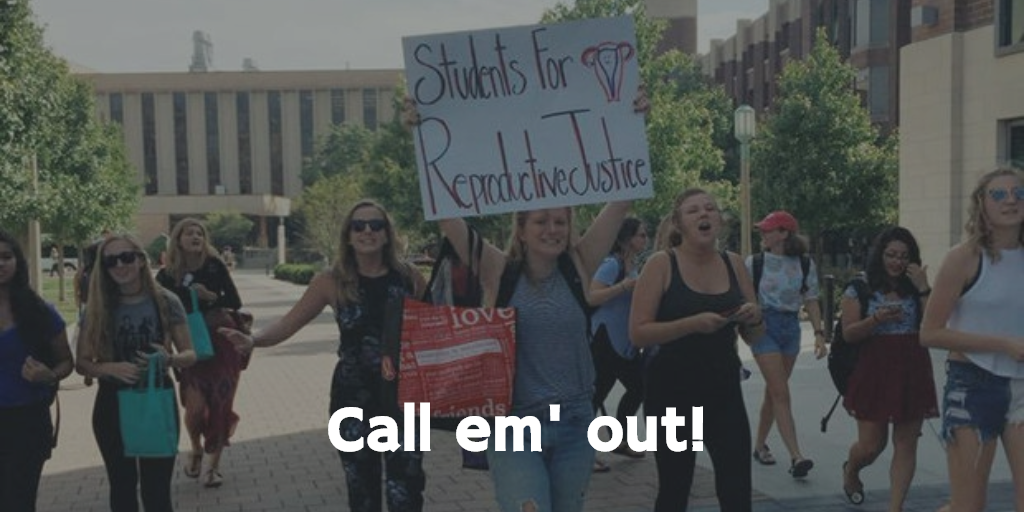 We’ve weighed in on the utter shit-fuckery of Crisis Pregnancy Centers (CPCs) in the past — you know, the garbage not-abortion providers that set up shop down the street from clinics to try and Wile E. Coyote trick women into making an appointment to be shamed out of having an abortion? Yeah, those assholes. Again.

But the over-sized phone finger of shame has to come out yet again to whack the administrators at Loyola University in Chicago. On their health services website, students noticed that they were advertising one of these bogus centers (that, mind you, already do their Google ad-words leg-work to scam women online) as the go-to spot for students seeking advice for what to do if they end up pregnant.

Luckily, as the Frisky reported earlier this week, student activists in the Students for Reproductive Justice club caught wind of the school pushing the services of Aid For Women (an anti-choice crisis center) that “inaccurately linked abortion to breast cancer and also characterized emergency contraception as medically-induced abortion.” And they requested that the health center find a resource that didn’t push medically inaccurate garbage.

They did see some results! However, as The Frisky noted, they replaced the first trash link with a second trash link advertising The Women’s Center — another CPC that pushes the same false information.

So first off — right the fuck on to the Loyola University Students for Reproductive Justice who took action to combat misinformation. You’re beautiful and essential to fighting the future of anti-woman fuckery. Don’t let the world change you.

Second of all, what the fuckity fuck is up, Loyola? Just because you’re drinking the religious Koolaid as a traditionally Catholic institution does not mean you can ignore the major mission of a University (remember that education thing?) and pull this kind of shit on a bunch of kids.

The students who are most likely to stumble upon these terrifying dens of deceit are probably in one of the more desperate, uncomfortable situations of their young lives. And if they’re looking for honest, realistic answers to their frantic questions about the effects decisions will have on their physical and mental health, you’re sending them to a place where they’ll be lectured about losing their reproductive ability, potentially contracting deadly disease or that they’ll be at a higher risk for mental illness — all things that just don’t fucking happen when women choose to have an abortion.

You’re advocating for some seriously harmful lies and regardless of your institution's stance, it’s irresponsible and royally dickish to bombard them with inaccurate, fear-mongering.

We’re less than satisfied with your performance. Please see us after class.