Independents’ Days! Now is the time to do what you can to help your local (or closest!) independent abortion clinic. Independent clinics provide 60 percent of the abortion care in this country, including performing 60 percent of the procedures. But in the last 5 years, TRAP laws and other restrictive legislation, along with financial pressures, have forced the closure of about a third of independent clinics—almost 150 of them across the country. And they’re vital to second-trimester care. Independent clinics account for 76 percent of abortion care after 16 weeks, and virtually all of it after 19 weeks. Reach out to your elected representatives to let them know you value these clinics. And reach out to the clinics themselves to ask about volunteering, fundraising, or just raising awareness. Abortion rights are all about independence! Read and share ACN's report, and show your support for a local indy clinic on social media using the hashtag #IndiesProvide 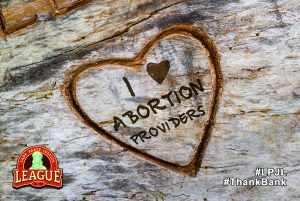 The frauds next door! In Raleigh, NORTH CAROLINA, a FAKE “Crisis Pregnancy Center” is opening next door to a REAL clinic, where they can cause maximum confusion and pain. Hand of Hope Pregnancy Resource Center is giving the finger to A Preferred Women’s Health Center. The property isn’t zoned for the FAKE CPC to do ultrasounds there, but Hand of Hope is pressuring the city to rezone. In the meantime, they’ll perform their ultrasounds at a location a few doors down, and the property next to the clinic will presumably be used mostly for lying and shaming. If we can’t keep them out of our neighborhoods, at least we can let people know what frauds these places are. #ExposeFakeClinics.

In 2017, white women won the right to vote in New York state and history often celebrates these kinds of events, often whitewashing, literally, all the sheroes in the suffrage struggle.

Yesterday, LPJL squad wanted to make sure the amazing black women who fought for women’s suffrage were honored, so we joined the reenactment of a suffrage march organized by suffragist pioneer Mary Groot Manson, that took place in East Hampton, NY in 1913. But to recognize the contributions of African-American women who fought and kept fighting, we marked this anniversary marching for them, wearing sashes with the names of the leaders of the movement to enfranchise Black women. Read more about these incredible women in yesterday’s Daily Takedown, and keep showing up. 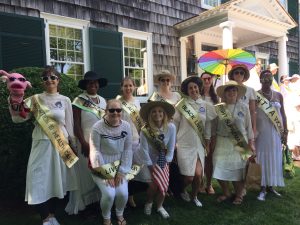 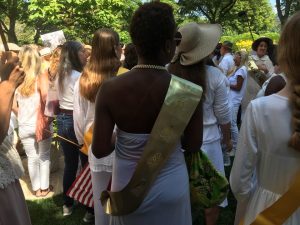 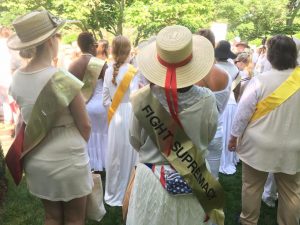 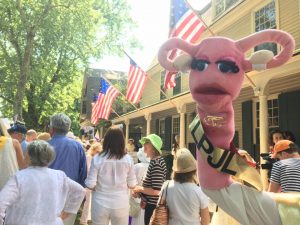 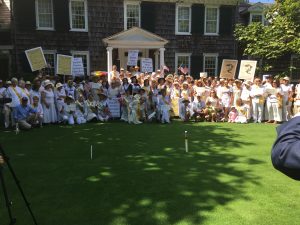 As this op-ed in the Dallas News by professor and OB-GYN Dr. Daniel Grossman so rightly points out, corporations stood up forcefully when President Trump failed to denounce the white supremacists in Charlottesville. And they also spoke out against transgender bathroom bills in Texas and other states. Yet when it comes to reproductive rights, corporations keep their considerable clout on the sidelines. Texas has passed a tsunami of laws restricting abortion in the past few years, with nary a peep from major business interests. Not a single Fortune 500 exec signed a friend of the court brief from business leaders to the Supreme Court in the landmark Whole Woman’s Health v Hellerstadt case challenging Texas’s HB2. They have nothing to lose. The vast majority of Americans support abortion rights. American business needs to stand up for the rights of its employees and customers!

THEY WROTE ABOUT US FAILING. SEE BELOW, US *NOT* FAILING

FAIL…NOT! Anti-choice propaganda outlets want to spread the lie that our campaign to EXPOSE FAKE CLINICS is “FAILING.” If it truly is, then you think they’d devote a lot less ink and bandwidth in attacking it! The TRUTH is that our movement to expose the phony Crisis Pregnancy Centers is for the first time finally pushing back on the hate and the deception that these places spew. And it’s deliciously ironic, considering that (as we reported earlier) this BIG FAIL of the week are the evangelical scammers in the Heidi group who just got their funding yanked by the state of Texas for FAILING to deliver on their promise to replace Planned Parenthood. The idea that the movement to #ExposeFakeClinics is “failing” is a lie. And that only makes sense since the whole concept being these fraudulent clinics to lie and deceive. Why wouldn’t they employ the same tactics in defending their lies?

Yesterday we piled ourselves into a van and drove out to expose AAA Pregnancy Options in Long Island, which is a fake clinic that lies to vulnerable women and shames people trying to access abortion care.

We dressed up in our best 1917 fashion (hats and sashes included!) to support the 100th anniversary of (WHITE) Women's Suffrage in New York State  AND to say that we will NOT go back to those times when women had no reproductive freedom. We held signs, marched and chanted on the sidewalk, exposing them for what they really are; liars who don't believe in science. The workers peered out through their windows and called the police on us. When the cops showed up, he told us that the workers from inside said one of us was inside the building; um…NOT TRUE. Another lie added onto their tab of bullshit.

The only person from the fake clinic to come out and talk to us was the leaf-blower, who continued to tell us that 90% of what Planned Parenthood does is abortion; UM…that's TWO lies now. As we walked down the street to leave, 4 more cop cars pulled up. We definitely put the CPC workers on high alert. I wonder why? Maybe because they know they're being deceptive, and being called out on it was something they did not expect. You can plan your own protest at a CPC, go to exposefakeclinics.com to find out how! Go TEAM!- Watch it on FB LIVE #ExposeFakeClinics