You know the former Georgia congressman who said “No one has ever died from not having health insurance?” YOU KNOW, the guy who is now in charge of THE AMERICAN HEALTHCARE SYSTEM. The guy who keeps hiring anti birth control and anti abortion Orcs to help him shape America’s healthcare policy?  Well anyway, his vacant congressional seat was just filled by Planned Parenthood defundamentalist Karen Handel. And on the same day another anti-choice bill puts a bruise on the peach state. Go Bulldogs!

Let's Call the hogs… out on their bullshit!! The ACLU and Planned Parenthood have both filed lawsuits to stop anti-abortion piggies from running hog wild in the Razorback state. The ACLU suit goes after a ban on the safest and most common method of abortion after the first trimester and other TRAP-law crap-laws about medical records and fetal tissue. A separate suit by Planned Parenthood challenges a law that lets the state close health clinics for being in violations of ANY rule, no matter how minor.

Ohio is Once Again Chucking A Shit-Brick, Woman-Hating, Anti-Choice Bill Back Into The Abortion Battle

OHIO (HEART) BEAT-DOWN: Lawmakers in Ohio continue to beat a heartless 6-week ban, (which they manipulatively have named a “fetal heartbeat bill”) into the ground. They just reintroduced the fourth version in the past 6 years. It would ban abortion after a fetal heartbeat can be first detected—at around 4 weeks… or about the same time a FUCKING PREGNANCY is often first detected! This piece of shit bill is no more viable than the fetii it pretends to protect. Ohio Governor John Kasich has already vetoed an identical bill. But this gives GOV K-SICK cover to sign another bill that virtually bans all abortions after the first trimester. LPJL HEARTS OHIO! And we don’t want them treated so heartlessly. (Our friends at the Preterm clinic in Cleveland were just vandalized for the 3rd time in 3 weeks.) The Vagical Mystery Tour will be in Cleveland on July 13 to show support. Have a heart and come out!

Check Iowa City off on the list of places The Vagical Mystery Tour left its uterus-print! (the tattoos of course!)

Questioning showering for the next few days so my uterus tattoo from @LadyPJustice stays on as long as possible!

If  you say FUCK anyone creating/passing legislation to block and destroy access to abortion, YOU CAN SIT WITH US! 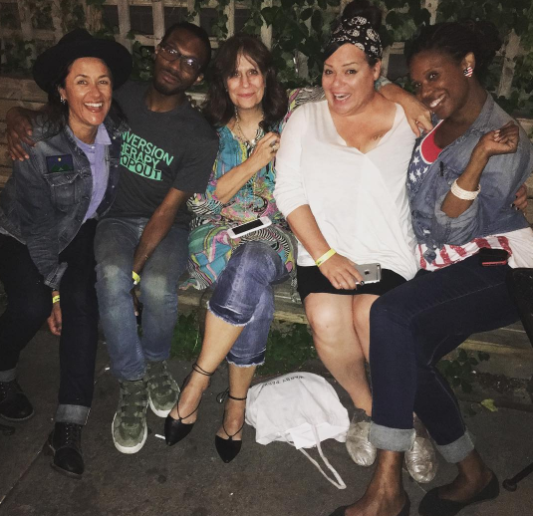