RULE OF DISORDER: Senate rules may prevent Republicans from including anti-abortion measures in their “healthcare” bill. But they have sophisticated methods for circumventing those rules—like blowing them off. In a nutshell—if a bill is strictly budget-related, it can be passed in the Senate with a simple majority of 51 votes. If it includes policy items, then 60 votes are required, and there’s no way Republicans have 60 votes. The Senate Parliamentarian ruled that defunding Planned Parenthood and other anti-abortion measures would require 60 votes. Oops. So what’s a Republican to do? FUCK THE RULES! They’re indicating they might try to ignore the ruling. We’ll soon see if they’re willing to if it’s the only way they can fuck the rest of us.

If it Ain't Broke- Don't Fix It! Buffer Zone Stays Till Saturday in KY

TEMPORARY REPRIEVE—emphasis on the temporary. People in KENTUCKY who want to exercise their Constitutional rights have until Saturday to do so! That’s when a court-ordered buffer zone outside Kentucky’s only remaining clinic gets YANKED and screeching hordes of anti-choice lunatics will once again be able to BLOCK access to the clinic. Look, we’re thankful that the court established the zealot-free zone for the week-long anti-abortion Intolerance-a-thon. But there are disruptive protesters blocking clinic access ALL THE TIME. These dickwads aren’t just attacking patients during their ugly festivals—every Saturday is a shit-show outside the clinic. We need a PERMANENT BUFFER!

Texas Lawmakers Fighting to Get Even Further Into Your Uterus

DATA LAND-MINING—TEXAS wants more dis-information on abortion! The Lone Star State is currently holding a special session of the legislature devoted to assaulting abortion rights in an ugly MISOGYN-A-PALOOZA. Two of the bills going forward try to TRAP clinics in a web of red-tape over-reporting. One requires that, if complications occur during a procedure, the doctors would have to report within 72 hours on everything from the patient’s race, marital status, previous births and abortions, to her last menstrual cycle! Or be fined $500 a day! Complications during abortion procedures are EXTREMELY RARE—in 2015, there were just 25 complications in 50,000 abortions— and that bothers abortion opponents! The Senator who introduced the bill said “The percentage is so small that we are doing something wrong.” GREAT! Texas is clamping down on abortions for being TOO SAFE!

CONTINUING MISERY IN MISSOURI: Lawmakers in MISSOURI are so extreme in their anti-abortion tactics that they’re starting to scare themselves! They’re in another of those horror-show “special sessions” trying to hammer out an abortion bill to hammer Missourians with. It would enact a whole raft of restrictive measures on clinics… and override an anti-discrimination ordinance in St. Louis. That last part is complicated, because many conservatives don’t want to set a precedent of the state interfering in local laws—since they might be on the other side of that equation next time. One conservo said “I did not come down here to create bad policy just because it's a good issue.” But less cool heads may still prevail—there is no law so bad that Missouri can’t find a way to enact it!

From the Anti’s: Medical Information Isn't Advertising, You F*cking Idiots

HA-WHININ’ ISLANDERS: Crisis Pregnancy Center scamsters in Hawaii are whining about a STUPENDOUS law in the Aloha State that forces them to tell the truth about what they’re doing. As you are learning from our #ExposeFakeClinics campaign, CPC’s are set up to fool those seeking abortions into thinking they’re a clinic, when they’re really just there to browbeat people out of making their own choices. The law says CPC’s have to inform their “customers” that Hawaii provides free or low-cost family planning services, including contraception and information about abortion. It also warns against relying on ultrasounds given by puritan lunatics (we paraphrase). A CPC lawyer says “Hawaii is forcing pro-life centers and physicians to provide free advertising for the abortion industry against their conscience.” No. Just making it harder for them to hide the truth! Aloha, Motherfucker!

NPR Defending CPCs? Yea..This is Just the Beginning of Us Clapping Back

Speaking of CPC’s, NPR is running a bullshit story that cherry picks information about CPC’s and leaves out some of the glaring and horrifying tactics they use. Don’t worry, we’re not letting that shit slide. Stay tuned…

Today we’re back on the open road and heading to LPJL headquarters. It’s been an amazing eight weeks, and we can’t even begin to comprehend everything we’ve experienced. Huge f*cking thank you to everyone that showed up to support local abortion clinics! We’ve grown our LPJL family, grown support for our family of clinics and solidified that fact that when we say we are coming, providers across the country understand that #weshowup 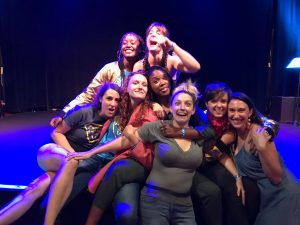 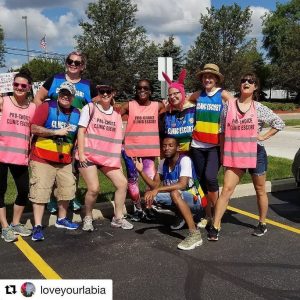 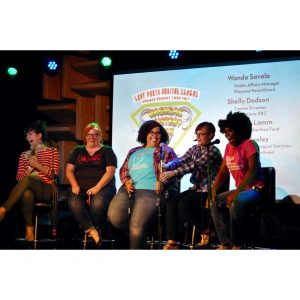 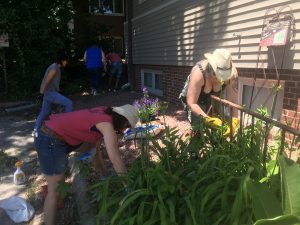 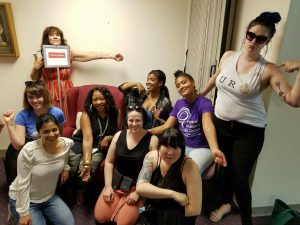