BACK IS NOT AN OPTION: For a horrifying look at what went on in those back alleys in the days before Roe v Wade, check out this chilling interview with a provider from those early days when abortion was available in only a few states. Desperate women were suffering and many were dying in unspeakable ways. The impetus to legalize came from clergy who had to deal with shattered lives, and doctors who had to deal with shattered bodies. That’s the nightmare scenario that crusades like those being held in Texas, Missouri, Kentucky, and all over the country are leading us toward. And we can’t go back there.

Sex, Drugs, and..What it Means for Getting an Abortion

THE PERFECT SHITSTORM—What happens when restrictive abortion policies meet the opioid epidemic? It’s not pretty for patients or providers, as this HuffPo piece about the situation in Alabama makes clear. As our good friend, heroic provider Dr. Willie Parker points out, opioid users tend to come for help later in their pregnancy because their addiction disrupts their cycles to the point they don’t know they’re pregnant. And many don’t have the money to pay for an abortion. Some patients have to be turned away because their addiction will nullify the use of pain relievers. What’s needed is compassion and common sense—two things in short supply among the conservative lawmakers in Alabama.

Talking White Male Privilege and a JumboTron..Nope Not a Baseball Game…Guess Again

PIG SCREEN: Hey, if you’re going to have a shit-show, why not have it in JUMBO-VISION! We have been writing all week about the lunatic members of Operation Save America, who have travelled from all over the country to spend this week shrieking at patients outside of KENTUCKY’s LAST CLINIC STANDING. Now they have upped their terror techniques by setting up a giant jumbotron to broadcast videos of abortion procedures in public spaces! Interested viewers can go downtown outside of Louisville’s Metro Hall where the Ghoul Theater is currently running. Downtown workers on a lunchbreak have no choice!
***

Once Again Texas Answers the Question “How Bad Could it Be?”

RECAPPING THE KNEECAPPING: Ever since conservative lawmakers in TEXAS went off on an anti-abortion rights bender a few years ago, they’ve done so much damage to women’s health that a brief recap is in order. Here’s a chilling one, courtesy of the New Yorker. Starting in 2011, Texas cut family-planning funds by two-thirds. In 2013, they banned Planned Parenthood from women’s health programs, costing the state MILLIONS in NINE-to-ONE federal funding grants. The upshot? Teen abortions and teen births are both on the rise in Texas, despite going down nationwide. The maternal mortality rate in Texas has DOUBLED to 35.8 deaths per 100,000—the worst in the developed world! And the Trump administration wants to do to the country what theocratic lunatics have done to Texas. We just turned back an assault on the ACA—KEEP FIGHTING!

Shout out to Reproaction for protesting at a fake clinic in Columbia, Missouri!

It’s a beautiful weekend to get riled up! Join us by going to exposefakeclinics.com and learn how to write a review and repost so that we can all upvote your review. Pro tip from the pros: your review has to be from an interactive experience, so call or check out the fake clinic’s website before you post!

#Exposefakeclinics has been working all over the country- let’s keep it up!

It’s hard to quantify all of the amazing experiences we had on tour. This was an experiment to see if we could get communities activated through comedy shows, and the experiment WORKED. You all signed up to be clinic escorts or sent thank you notes or committed to staying informed on the anti-choice bullsh*t going down in your state and we THANK YOU!

Stay vigilant, America…we’ll be back! 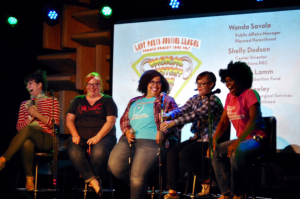 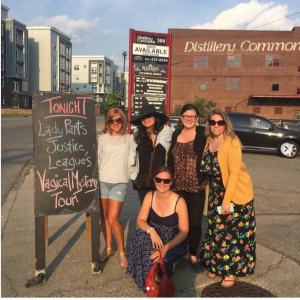 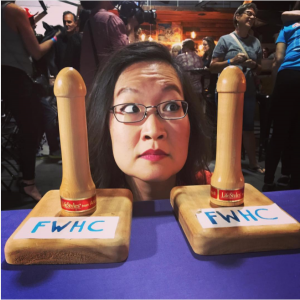 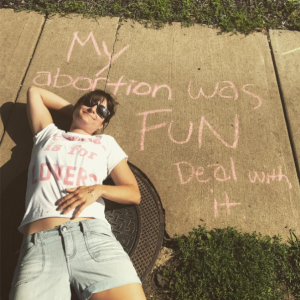 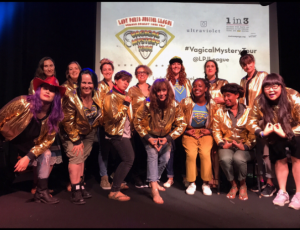 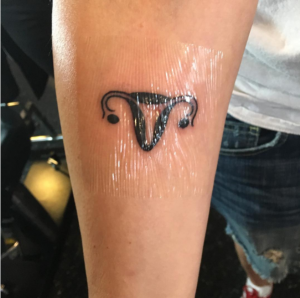 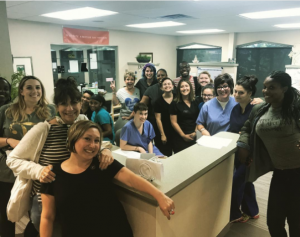