The U.S. won't denounce violence against women unless it bans abortion because freedom.

TRUMP’s WORLD OF HURT: The Trump administration has rejected a UN resolution on violence against women because it mentions abortion rights. The resolution denounces “the persistence and pervasiveness of all forms of violence against women and girls worldwide.” But if abortion rights are respected, well then the US is going to go with the violence against women and girls, thank you very much. This is in line with other shit the Trumpies have pulled internationally, like cutting off family planning funding around the world if there’s any mention of abortion. They’ve even yanked support for the UN Population Fund. All the world’s a stage—and Donald Trump is embarrassing us on that stage.

Chicago Fake abortion clinics can are pissed that Their fake doctors have to tell the truth to patients.

SCAM-ALOT: ILLINOIS is the latest place where the anti-abortion scamsters behind those Crisis Pregnancy Centers are moaning about their rights to lie to pregnant people. CPC’s are the Puritan dungeons where people seeking abortion services are lied to and deceived by holy-rollers posing as doctors. Now they’re suing to stop an Illinois law that requires that pregnant patients be notified of all their options, including abortion. A lawyer for the CPC’s says “A pro-life physician cannot in good conscience do that.” Hey Jethro, here’s a clue—if you have to lie to your patients, maybe shouldn’t be doing this “physician” stuff.

Yo, Judge! Hurry it up on bodily autonomy please!

RUSH TO JUDGMENT… PLEASE! Or at least act before it’s too late, Judge! Attorneys for abortion providers in ARKANSAS are asking a judge to expedite their challenge to a pig-shit law designed to shut them down—before the law takes effect on July 30. The law is an Ozark spin on TRAP laws that uses absurdly strict rules about surprise inspections to try and shut down clinics. NO other type of healthcare facilities in the state are subject to anything like these rules. Infractions in the recent past include failure to remedy a torn cover on a piece of furniture, and failure to remove a stain on a ceiling tile. The judge needs to issue a sane ruling to stop these insane rules.

GRUESOME IMAGE SEARCH: WTF is up with the anti-abortion ghouls and their obsession with using horrific photos to taint and traumatize? Shock-meister Eric Scheidler and the Pro-Life Action League are hauling out a new batch of gore posters for a new action this summer. It’s manipulative and misleading. Medical procedures ain’t pretty to look at, people! If you made posters of heart bypass or colon reconstruction surgery, you could gross out people just as effectively. Hey Scheider, if you want pics of “victims,” use your iPhone to snap a couple selfies with the patients you routinely harass!

Here at LPJL, we take our breaks in *style* so we spent our 4th of July long weekend with the badass LPJL Tennessee crew! Next stop: Indianapolis (Mike Pence's old stomping grounds, so you KNOW it's gonna be wild!) Check out this vagtastic piece in Nuvo. Tix & info: vagicalmysterytour.com 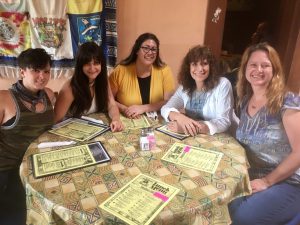 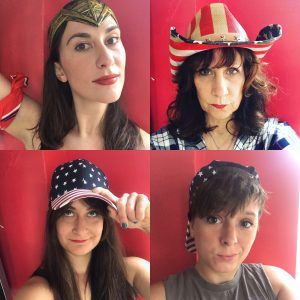 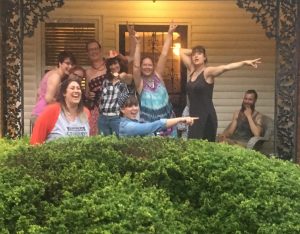 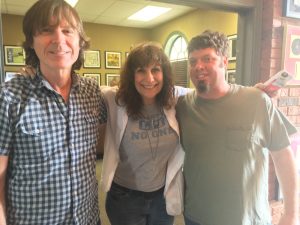