THE SUCK OF THE IRISH. For a glimpse into just how awful it is for abortion rights beyond the US, check out this nightmare tale from Ireland. A girl was “sectioned,” or forcibly detained under the Mental Health Act after her doctor said she was at risk of suicide. She had learned she was pregnant and wanted an abortion—which you can get in Ireland if there is a risk to the mother’s life, including suicide. But after she was detained, a psychiatrist said she was not suicidal, and therefore couldn’t get an abortion, saying “this could be managed by treatment and that termination of pregnancy was not the solution…”  HELLO! It’s the laws that are crazy!

LIFE’S A MITCH… McConnell, that is. Poor Senate Republicans! Their obsession with denying abortion rights is making it a lot harder for them to deny healthcare to millions!  If they include anti-abortion provisions in their healthcare bill, then it’s more than purely a budget bill, so it will need 60 votes instead of just 50 to pass. But if they don’t have anti-choice language, then the pricks who want to stick it to women won’t vote for the bill. What’s that quote? You can screw some of the people, but it’s hard to fuck EVERYBODY over. A paraphrase.

THE ULTIMATE MANSPLAIN!! This weekend saw a MEN’s march against abortion rights at a clinic in NORTH CAROLINA. Really! What did they chant? Does anything even rhyme with “Scrotum”? March organizer Justin Reeder called on men to discourage women from getting abortions and show how abortion impacts men!! In a Facebook video he said “The truth is that this is more of a men’s issue than it is a women’s issue. We forget about the men so often in this story.” JEZUS H. CLUELESS! Is he trying to knock us out with how hard we smack our foreheads? The clinic was upset that the permit for the march was issued at the last minute without the required notice, giving them no time to prepare. And it takes some prep time just to realize somebody would have the balls to do this! At least we finally get to see the face of the anti-abortion/anti-woman movement—and it’s a face that needs a shave.

LAND OF ENCHANTMENT: In some much-needed GREAT news, NEW MEXICO has just made it easier for pharmacists to prescribe birth control directly to women. There are several reasons to make birth control more accessible in New Mexico: it’s a largely rural state with long drives often necessary to obtain care. Oh, and the TRUMP WHITE HOUSE IS WAGING WAR ON CONTRACEPTIVE RIGHTS! They want to let your employer raise religious objections to YOUR birth control. So yeah, this comes at a good time. Thanks, New Mexico!

DO NOT LINK: New study shows preborn children can recognize human faces while inside the womb

FILE UNDER BATSHIT: Anti-choice lunatic fringe types are now saying that fetuses can see FACES in the womb. I know the people who say this kind of shit could see a zygote completing the New York Times crossword puzzle if they thought they could use it to push their “personhood” agenda. Their real goal is to deny the humanity of the woman carrying the fetus. In YOUR faces, ass-wipes!

No amount of gnats in a cup, murky pool water, OR anti-choice nuts were enough to stop LPJL from bringing a lot of laughter to Little Rock, Arkansas and a lot of love to the Little Rock Family Planning Services team! Check out LPJL's FB Live recap for further elaboration on some very “Quality” fuckery.

Hanging out with the clinic workers as well as members of the Arkansas Abortion Support Network was the perfect start to gathering an A+ posse for the show! Especially since we would be joined by “groupies,” if you will, outside of the show (See photos below). Thank you to Vino's Brew Pub for adding to the list of continuous kickass venues supporting live comedy & the fight for reproductive rights. Of course, no visit to Little Rock is complete without an obligatory visit to the historic Little Rock Central High School, paying tribute to the Little Rock Nine – diversity and inclusion should exist in conversations on Education as well as every other issue that directly effects poor people and people of color.

The Tour Van is officially parked in Oklahoma City! Comedy is happening June 13th! Come out and join the fun at the ACM @ UCO Performance Lab! Look at the photos from Little Rock's Saturday show – see all of that fun? Get tickets here and that could be you and your friends on TUESDAY! 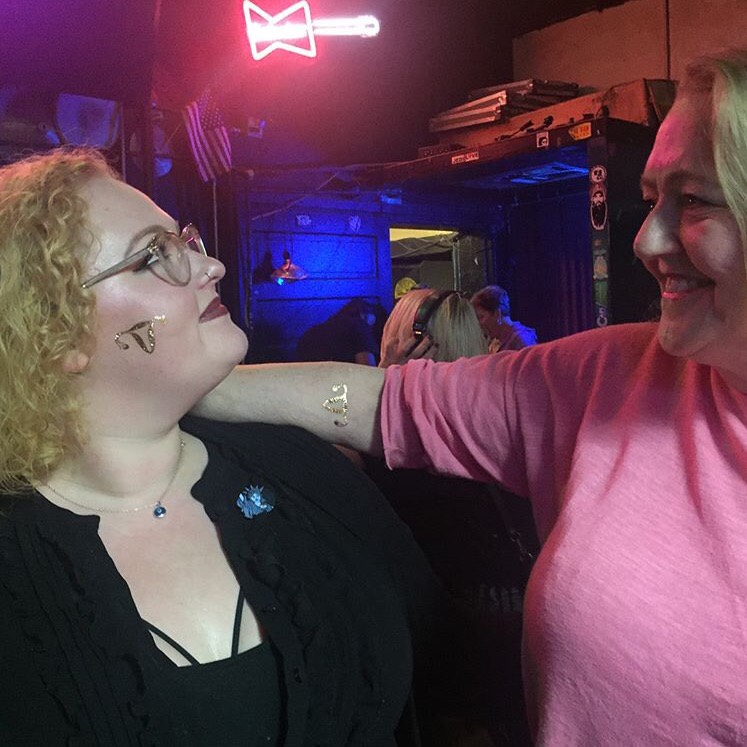 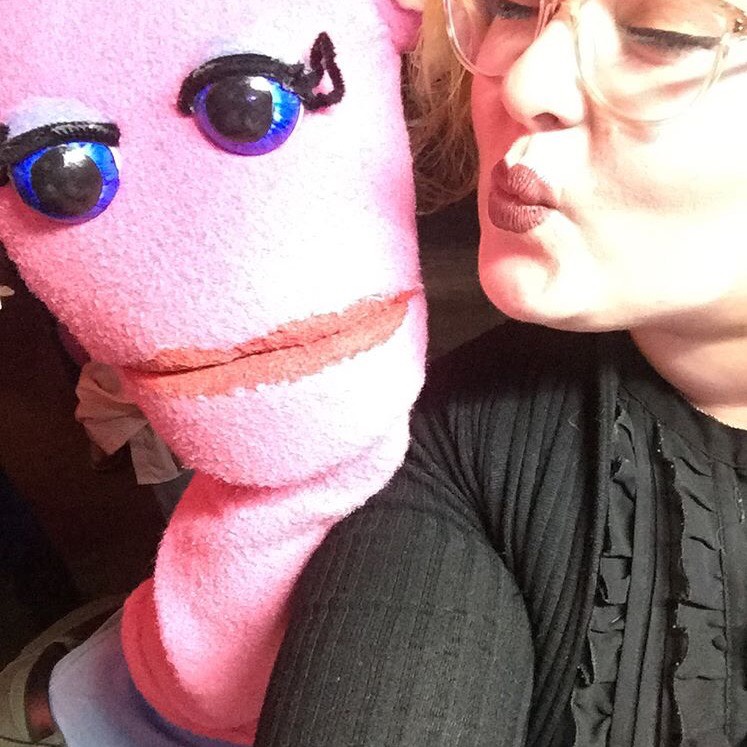 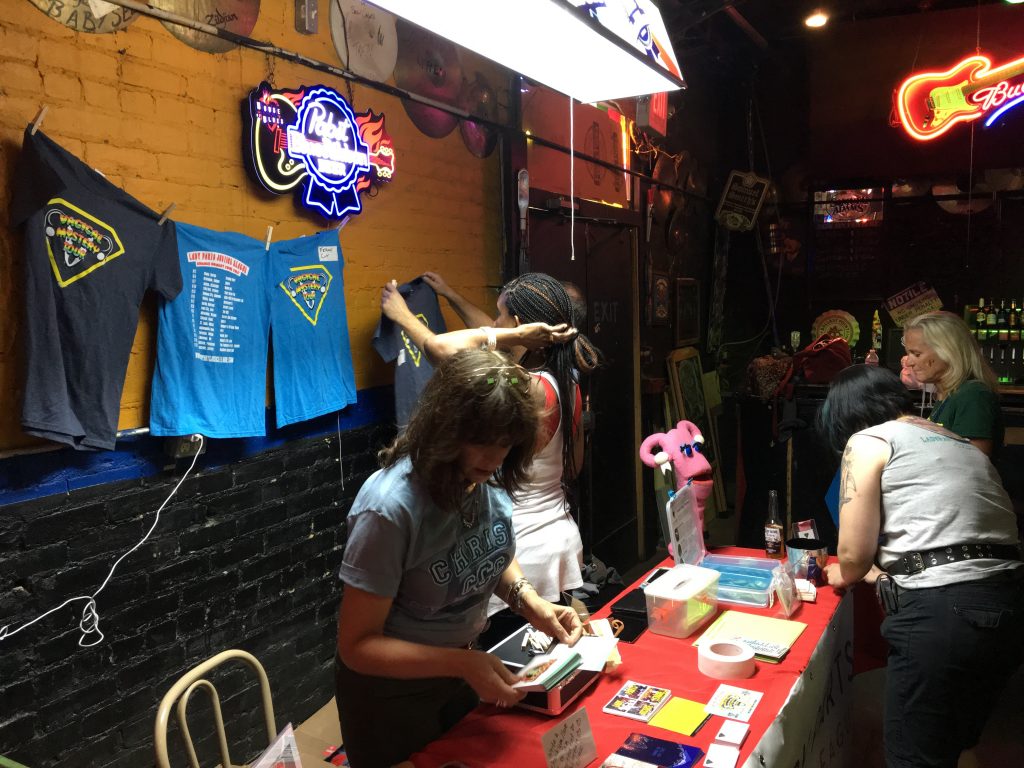 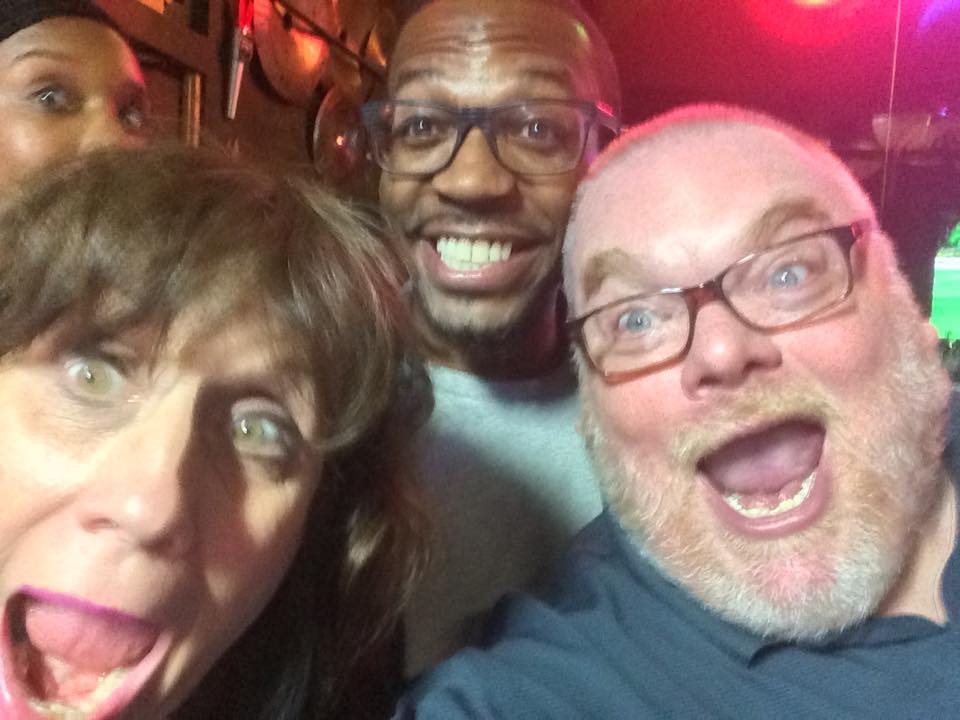 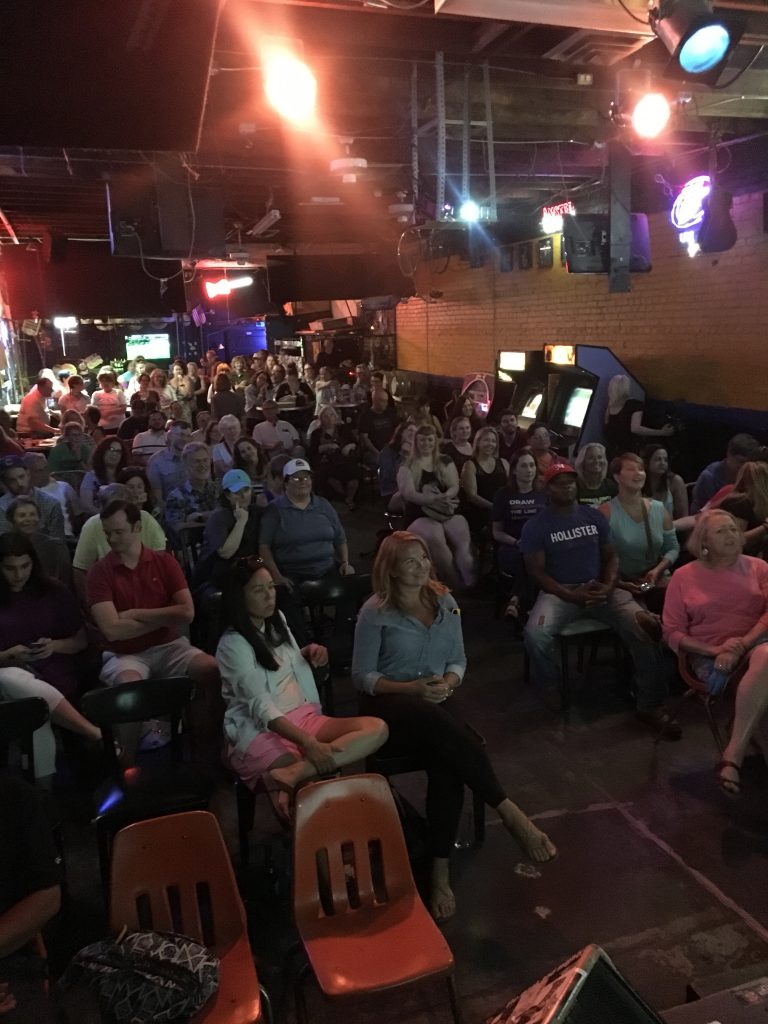 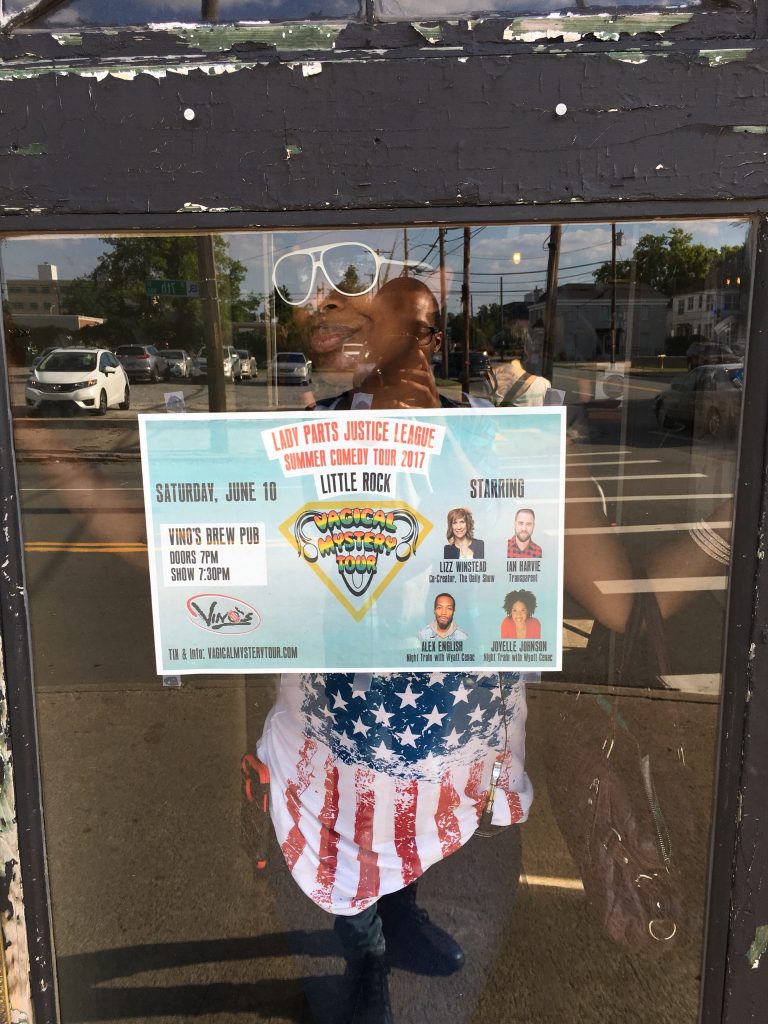 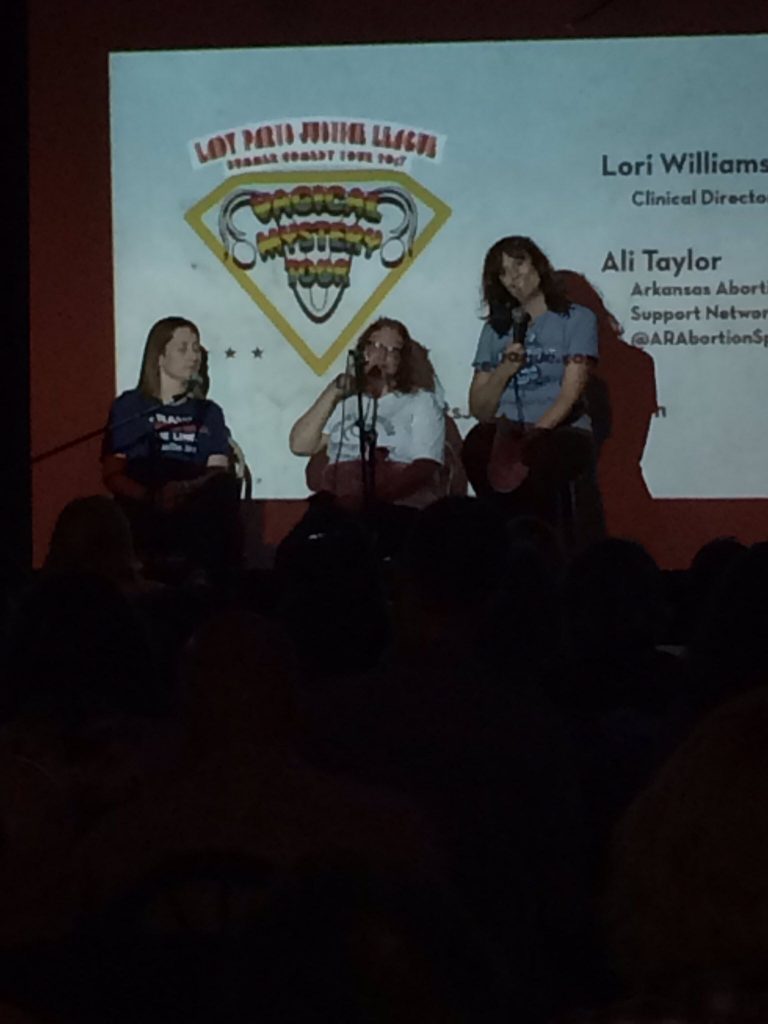