CHICKEN SHIT! A MISSOURI legislator posted a Facebook video of him beheading and eviscerating a live chicken like some Goddamn ISIS psycho- all to make a pun about his opposition to abortion. THAT. REALLY. HAPPENED. As he talks about “supporting life,” Rep. Mike Moon kills the chicken pulls its heart out, quipping “We need to get to the heart of the matter here.” There’s your “CULTURE” of “LIFE”! Rep. Moon (R-Whitemanistan) was celebrating a special session of the Missouri legislature to specifically craft laws to shut down abortion access in Missouri. You can be sure that thanks to this stunt, the Moon Goons in the MO state leg will try to out-do each other. (His other passion is getting rid of penalties for taking guns into schools and federal buildings. AGAIN, REALLY.) Remember- when Mike Moon is done beheading and gutting that chicken, he’s going to do the same thing to your reproductive rights.

HOOSIER PARENTS, LITTLE GIRL? Well, INDIANA is once again racing to deny abortion access to minors. A new law would make it harder and scarier for anyone under 18 to get a judge’s consent for an abortion without notifying their parents. The law would require the judge to consider informing the parents no matter which way the judge rules. The ACLU points out that could easily endanger pregnant teens with “neglectful, absent, or abusive parents.” Don’t create a law every bit as abusive!

Protecting Birth Control Access in Colorado in the Age of Trump

KEEPING CONTROL: Birth Control benefits everyone—and everyone needs to be in the fight to keep the Obamacare BIRTH CONTROL MANDATE. Forward thinking states have passed progressive measures like a recent one in COLORADO that allows women to get a year’s worth of oral contraceptives at a time. That action alone is associated with a 30% drop in unintended pregnancies.

Thanks to the Obamacare mandate, less than 4% of women now pay out-of-pocket costs for oral contraceptives. But the Trump administration wants to let ANY employer object to YOUR birth control on “moral” grounds. Remember, men and women are in this together—that’s why we need birth control in the first place!

EIGHT FEET OF ACCESS: Don’t let SELF-appointed vaginal crossing guards, block public sidewalks to prevent people from accessing their Constitutional rights! The ACLU of Kentucky is calling on Louisville’s Metro Council to create an 8-foot buffer zone between Kentucky’s LAST abortion clinic and the screeching lunatics who want to shut it down and end all abortion access in the state. This abortion provider is all that Kentuckians have left—and all they’re asking for is 8 measly feet to access it. 8 FEET! You could spit that far—and the monsters preying on patients outside the clinic probably will.

Digging up dirt on anti-choice lawmakers isn’t the only thing LPJL is good for. The Vagical Mystery Tour also digs up dirt – in the front yards of independent abortion clinics! On a very sunny Monday afternoon the LPJL team paid a visit to the South Wind Women’s Center in Oklahoma City to add some beautification to an already dazzling-looking clinic!

Among the gardeners were VMT’s own Ian Harvie – who was recently featured in PEOPLE MAG for his participation on the tour and thoughts on Transgender inclusion in the fight for reproductive rights! (SPOILER: he’s down with the cause).

That not VAGICAL enough for you? Check out the latest episode of The Smartest Man In The World Podcast with Greg Proops! Greg and Lizz Winstead discuss the tour, the work of LPJL, and why the fight for abortion access is as important as it has ever been before! 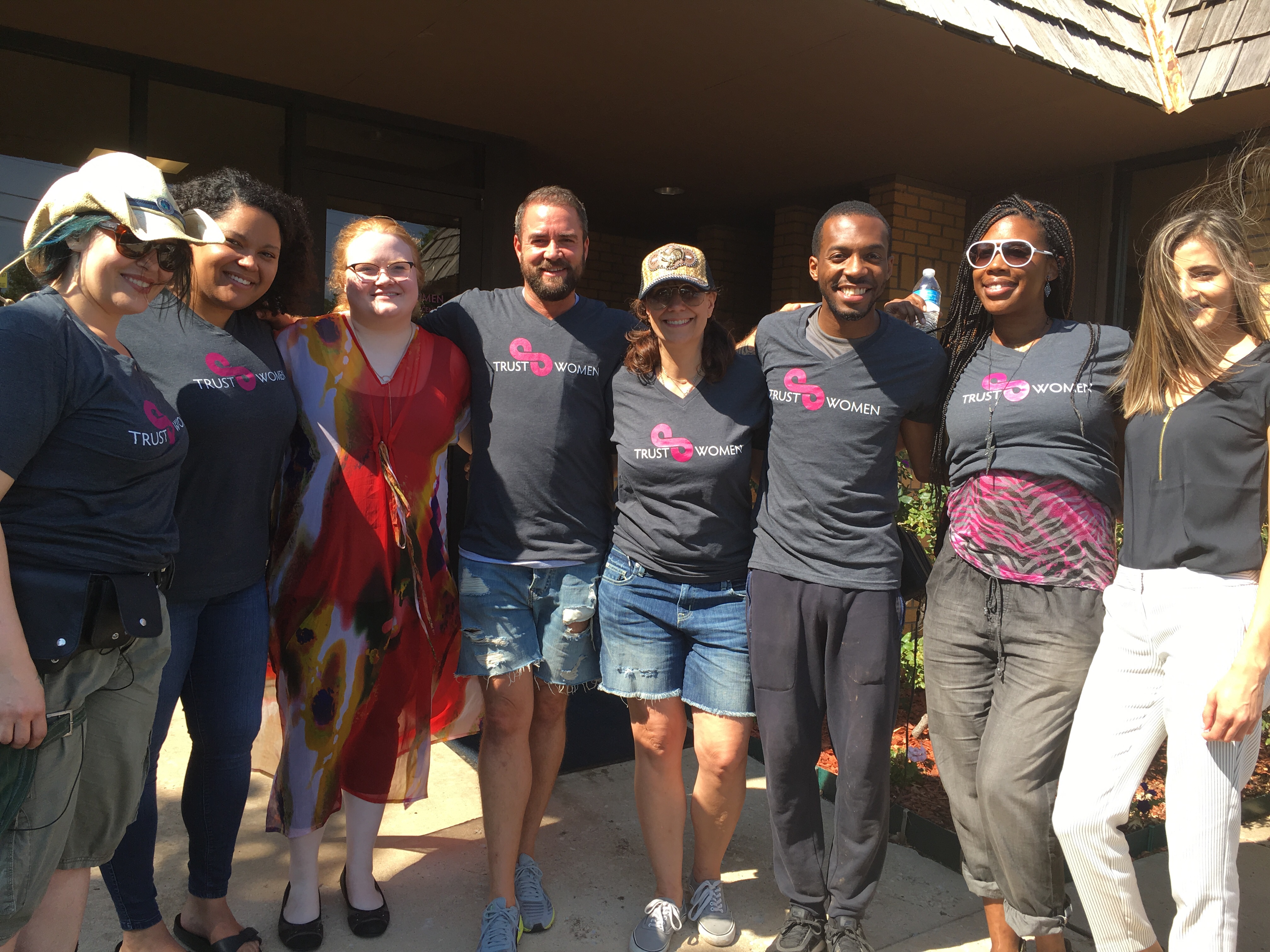