NIGHT TERRORS! Anti-choice vampires in MISSOURI are stalking the night and passing harmful legislation under the cover of darkness! We’ve been keeping an eye on the shit-show that that’s going down in MISSOURI where the governor called a special session of the legislature purely to FUCK WITH ABORTION ACCESS. Last night the MO Senate passed a bill AFTER MIDNIGHT to avoid the hundreds of activists who have been rallying at the statehouse to oppose this fuckery. This bill mandates MORE inspections and investigations of abortion facilities, encourages clinic employees to turn on the clinic, and harasses pathologists who provide clinics with services. And it overturns a St. Louis law that outlaws discrimination against those who use birth control, have an abortion, or are pregnant! Some shit you HAVE to do in the dead of night!

SLAM DUNK! Fucking finally! For the first time, a professional sports team is partnering for an event with Planned Parenthood! The WNBA’s Seattle Storm is holding a Stand With Planned Parenthood night for July 18. $5 of each ticket sold will go to Planned Parenthood. AND there’s going to be an online auction featuring Storm swag! OH YAAASSS! At a time when PP is being wrongly harassed and attacked, it’s good to see a BIG LEAGUE sports team send the message that reproductive health and abortion care are a vital part of healthcare and that Planned Parenthood’s services are a godsend to millions of people! GO STORM!

4 Laws That Are Putting American Moms At Risk

SHE BLINDED ME With fake SCIENCE! The Department of Health and Human Services is now being run by whack-jobs who spread anti-science lies about contraception. Religious nuttery has replaced objective science. A new article identifies four women (!) in high positions at DHHS who do everything from denying that contraception works to pushing fucking insane abstinence doctrines. One called birth control “the mother of medical malpractice” that will ruin your uterus “for baby-hosting altogether.” WTF?!? Our nation’s birth control policies are being run by Puritan lunatics

FROM THE ANTIS (Blocked Links)

Men Should Speak Out Against Abortion. Here’s Why.

MALE ORDER: The latest rage in anti-choice fucknuttery is to have men speak out against abortion. And we don’t mean the OLD WHITE MEN in statehouses and capital who write most of the anti-abortion, anti-woman laws that are constantly being foisted on us. They mean encouraging men to take part in marches, protests, and FUCKING HARASSMENT outside clinics. Guess what, dickweeds, there’s never been a shortage of self-righteous male fucks yelling and spitting at women trying to get abortion care. Dressing those pigs up as concerned male protesters won’t work! And besides, most dudes don’t exactly have procreation on their mind when they’re fucking. They’re only vaguely aware that’s how babies happen!

Democrats’ Rabid Abortion Stance Is Endangering Their Appeal To Millennials

WORD FROM THE FRONT: We at LPJL are PROUDLY and LOUDLY on the front lines of the fight to guarantee abortion rights. And we KNOW what it’s like out there! Recently the anti’s have been trying to convince themselves that support for abortion rights is endangering Democrats’ appeal to millennials! HELLO!  Most of the fucking GOP base was born before the invention of moveable type!  There’s more evidence that Hillary ran a child sex ring out of a pizza joint than there is that young people aren’t fully behind abortion rights. We’re out there every night, and so are THEY—in the audiences, in the speakouts and learning sessions, in front of the clinics, and IN THE STREETS, MOTHERFUCKERS! REPRODUCTIVE FREEDOM IS THE FUTURE! Come on out to the next LPJL show and bring that message home!

Thanks for welcoming the #VagicalMysteryTour, Wichita! We spent the day with the incredible folks at Trust Women and brought down the house at Barleycorn's! Jaye and Mehran joined the crew, and we said our goodbyes to Ian and Mehran (too soon!). Check out our FB Live recap. Next stop: Omaha! Tix & info: www.vagicalmysterytour.com 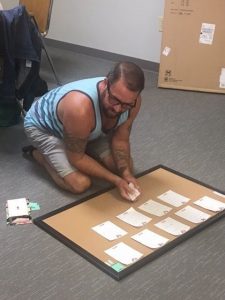 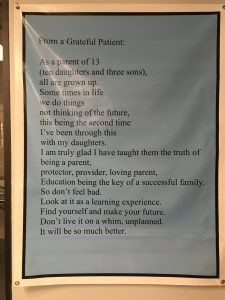 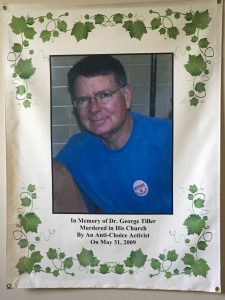 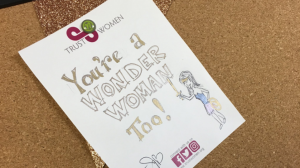 thank you for being such a LIT crowd, wichita!! i'll perform in this fucking city anytime. #VagicalMysteryTour pic.twitter.com/jWNPWQigUh 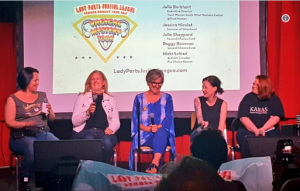