SWAMP THINGS: LOUISIANA is one of those states where knuckle-draggers from both parties work together to attack abortion rights in a BITE-PARTISAN manner. John Bel Edwards (the Democratic Governor who keeps forgetting he’s a Democrat) has signed a Republican-sponsored bill making parental consent rules tougher on young Louisianans who need an abortion. An underaged unmarried person (because that's a thing) already needs a notarized statement from their legal guardian to get an abortion. Now, that guardian must also cough up government-issued ID! Gee, what a great way to target immigrants, the poor, AND anyone wanting to access their abortion rights!

Birth Control Prevents Two Things – Pregnancy and Lawmakers from NOT creating new assholes from their DNA.

ST. LOUIS BLUES: We’ve been keeping an eye on the Missouri misogyny hobbyists who are literally working overtime (in a special session) to roll back reproductive rights—including overturning a St. Louis city ordinance that bans discrimination against anyone who has an abortion, uses birth control, or becomes pregnant.

Ken Midkiff: Another White Man Given an Op-ed on Abortion – and Spoiler Alert- he wants to be your Labial Gatekeeper

MORE MESS-OURI: The “Show Me” State doesn’t seem to be showing us anything good. Today the ongoing fuckery in Missouri gives us a twofer. The latest from the Columbia Missourian features yet another op-ed on abortion… surprise, surprise, by yet another aging white guy. This one opines about how abortion is a “matter of beliefs.” No, my SILVERBACK friend, Abortion isn’t a matter of beliefs, it’s a matter of FACTS. When will these people learn Government would be so much better off if we could “pray the pray away.”

What Drought? California Might Make it Rain ($20 Mill, to be Exact) on Health Clinics if Trump’s Bullshit Passes

GUARDIANS AT THE (GOLDEN) GATE: What Drought? California might make it rain ($20 million, to be exact) on health clinics in the Golden State. The money would go to Planned Parenthood and other clinics threatened by Trump cuts and attacks on funding for women’s health and contraception coming out of Republican-occupied Washington. California grows its share of nuts, like CA Assembly member Shannon Grove, who blamed the drought on “God’s wrath over abortion.” But now less shitty heads are prevailing, and California will help fund reproductive care… and hope there’s not a rain of frogs.

Abortion Clinic Violence Happens Once in a Blue Moon, According to Robin Engel. NO BIG DEAL

We need a BUFFER ZONE! 10 anti-abortion protesters had to be arrested outside a LOUISVILLE clinic during an incident in May. The putrid politicos who are inciting these thugs claim that kind of shit is “one incident” that’s “being blown out of proportion.” This isn’t something that happens rarely. Outside agitators and homegrown nutcases daily HARASS AND HARANGUE patients and clinic workers. And they’re fighting attempts to get Louisville to establish an 8-foot buffer zone to provide at least SOME protection. LPJL will be in town to help! Come on out and show your support at our Vagical Mystery Tour show in Louisville—or look for a show in your area!

WHAT SUCKS MORE? THE WAY THIS YOUNG GIRL WAS SHAMED FOR REMAINING PREGNANT? OR NATIONAL REVIEW’S CORNY HEADLINES?

YOUR DAILY SHAME: Poor Maddi Runkles! The 17-year-old got pregnant and when she toed the conservative line and decided to go through with the pregnancy, her “CHRISTIAN” school banned the 4.0 student from the graduation ceremony! As if that wasn’t bad enough, local MARYLAND anti-choice VULTURES swooped in and doubled down on the shame-fest by giving Maddi her a separate graduation ceremony. This is Summa Cum A LOTTA bullshit! Unlike other young women forced into her situation, Maddi will at least find a degree of support—as long as the ANTI’s think she has a big future in being used as PROPaganda.

The Vagical Mystery Tour spent the weekend in Omaha! You'd think after driving in a van for hours, the LPJL team would want a break from getting behind wheels of any kind. NAH. In fact, we brought our friends from the Bellevue Health Clinic out for a little afternoon go-cart racing followed by yet another VAG-TASTIC night of stand up comedy! Comedians Alex English, Joyelle Johnson, Aparna Nancherla, Jaye McBride & Lizz Winstead delivered the funny on silver platters and musician Tina Schlieskie brought it home! What an honor it was also to have Dr. Leory Carhart in attendance and part of the Tour's talkback – informing the community on what they can do to support one of the few abortion clinics remaining in Nebraska. 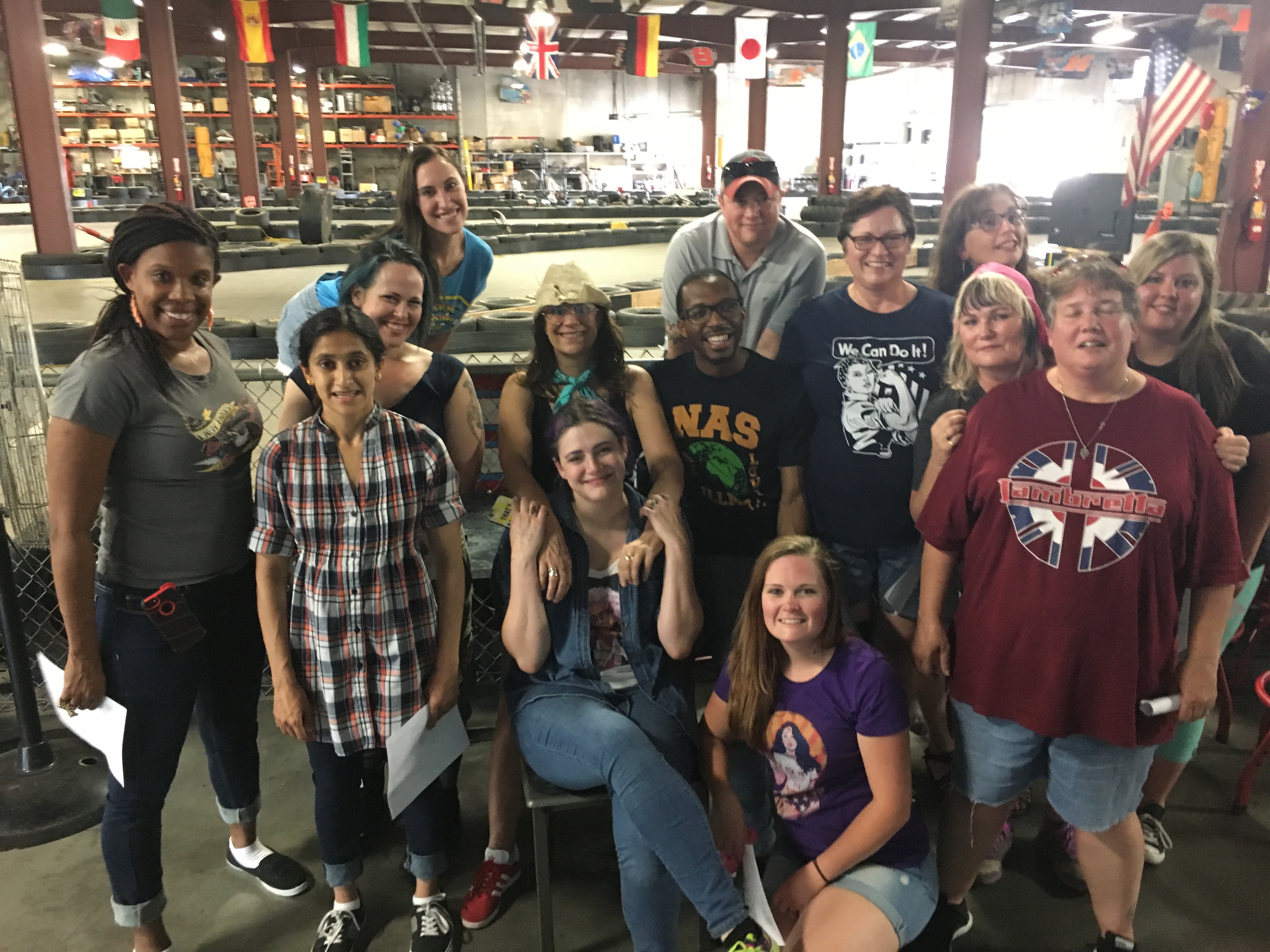 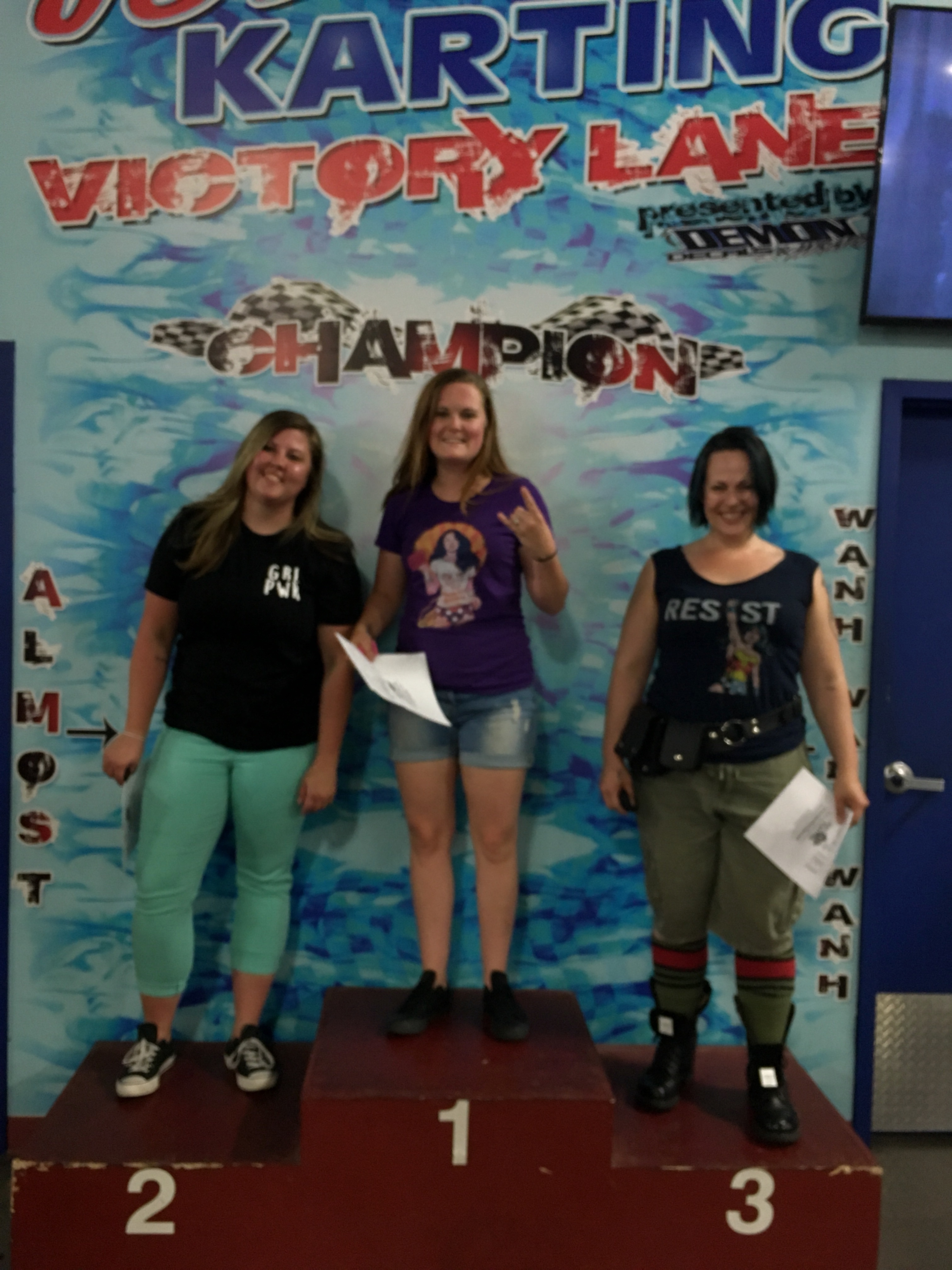 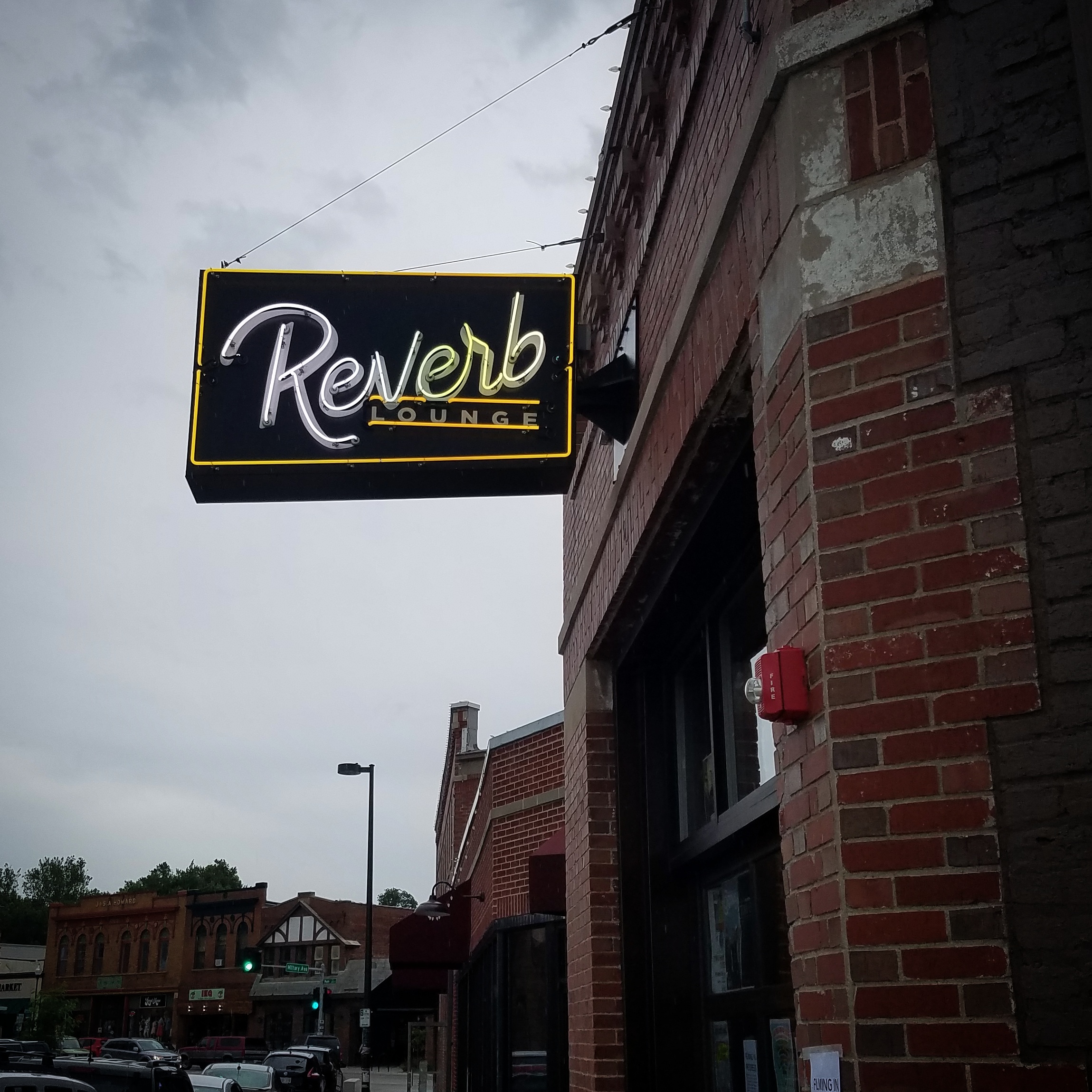 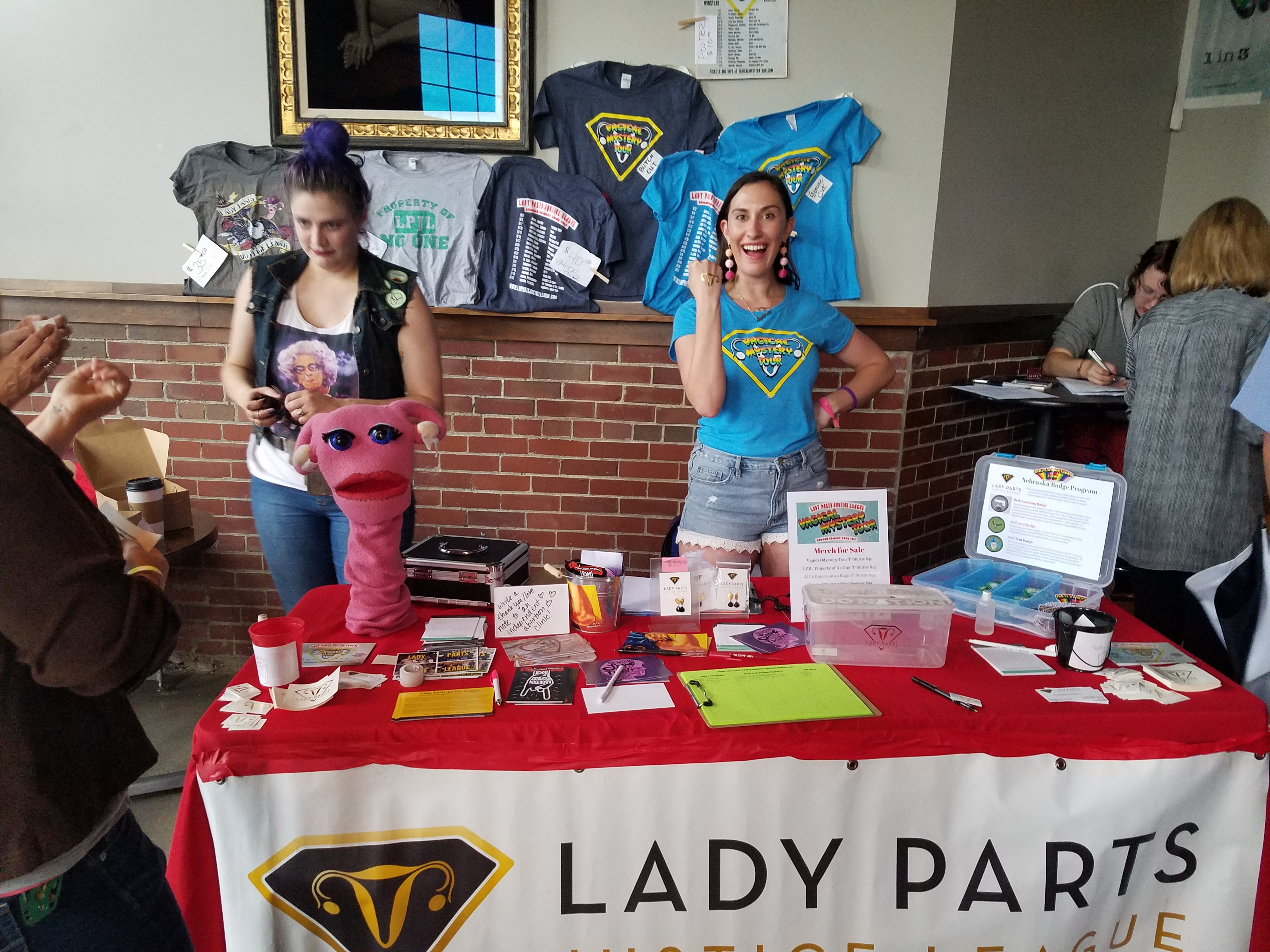 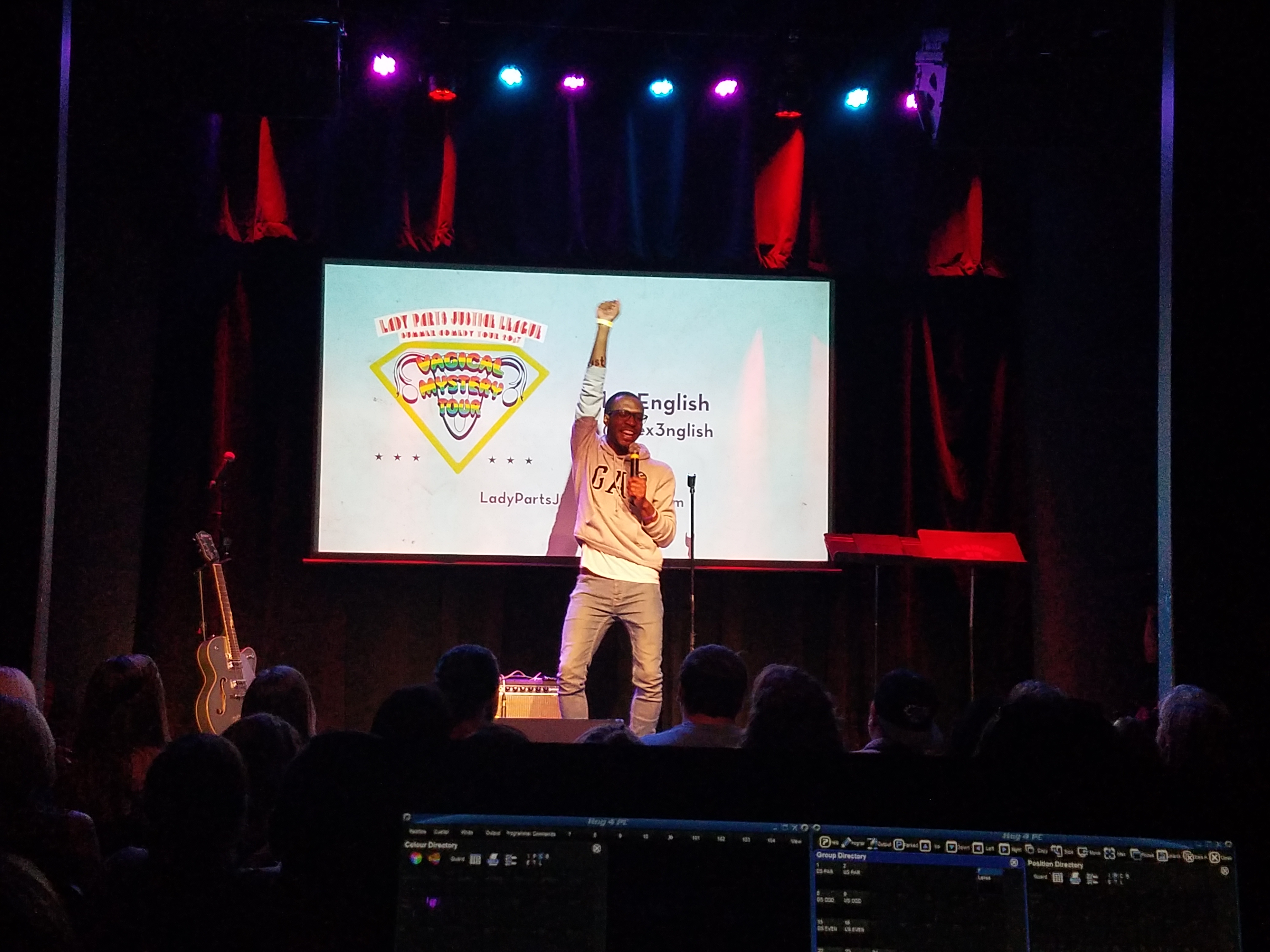 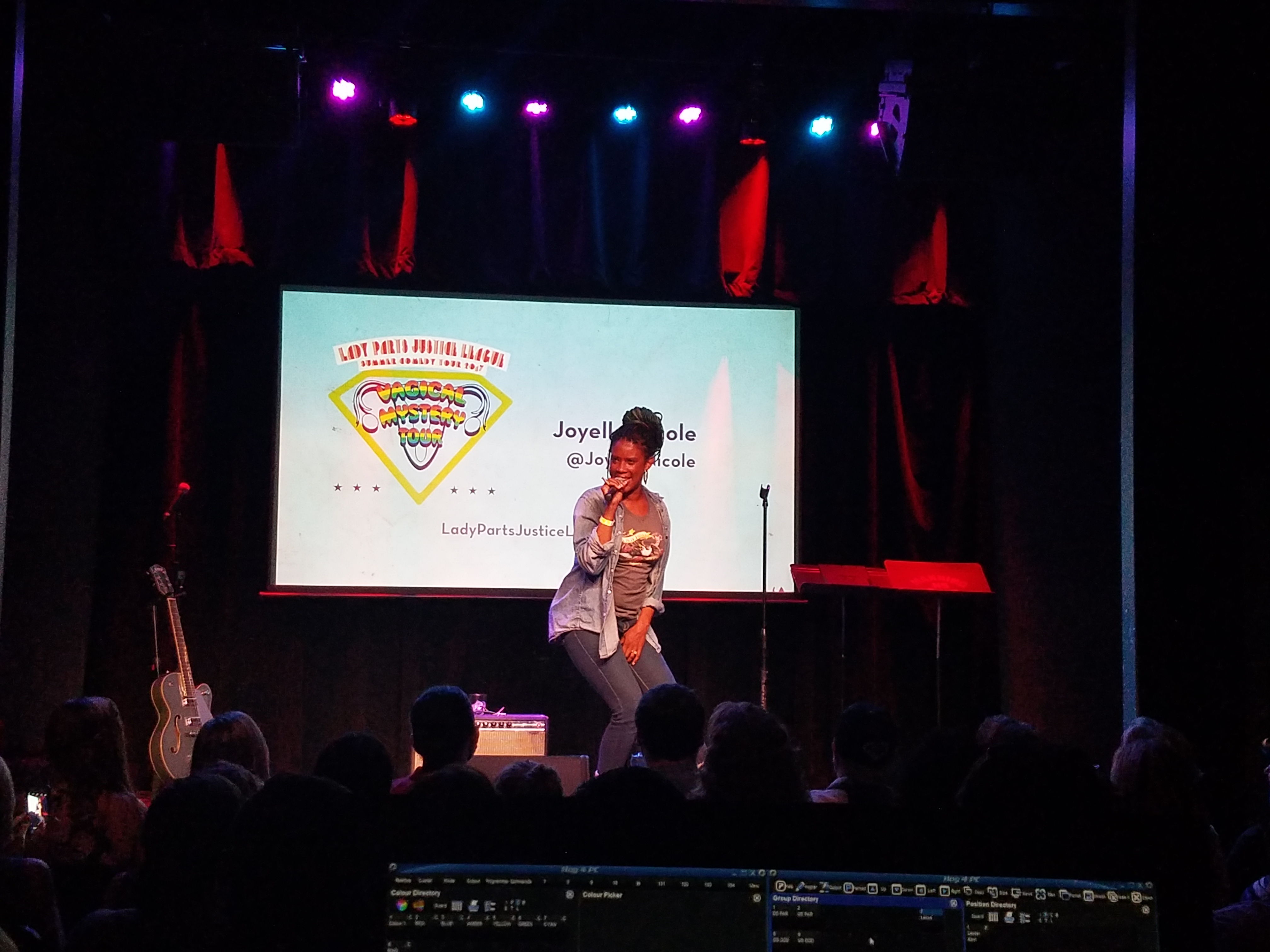 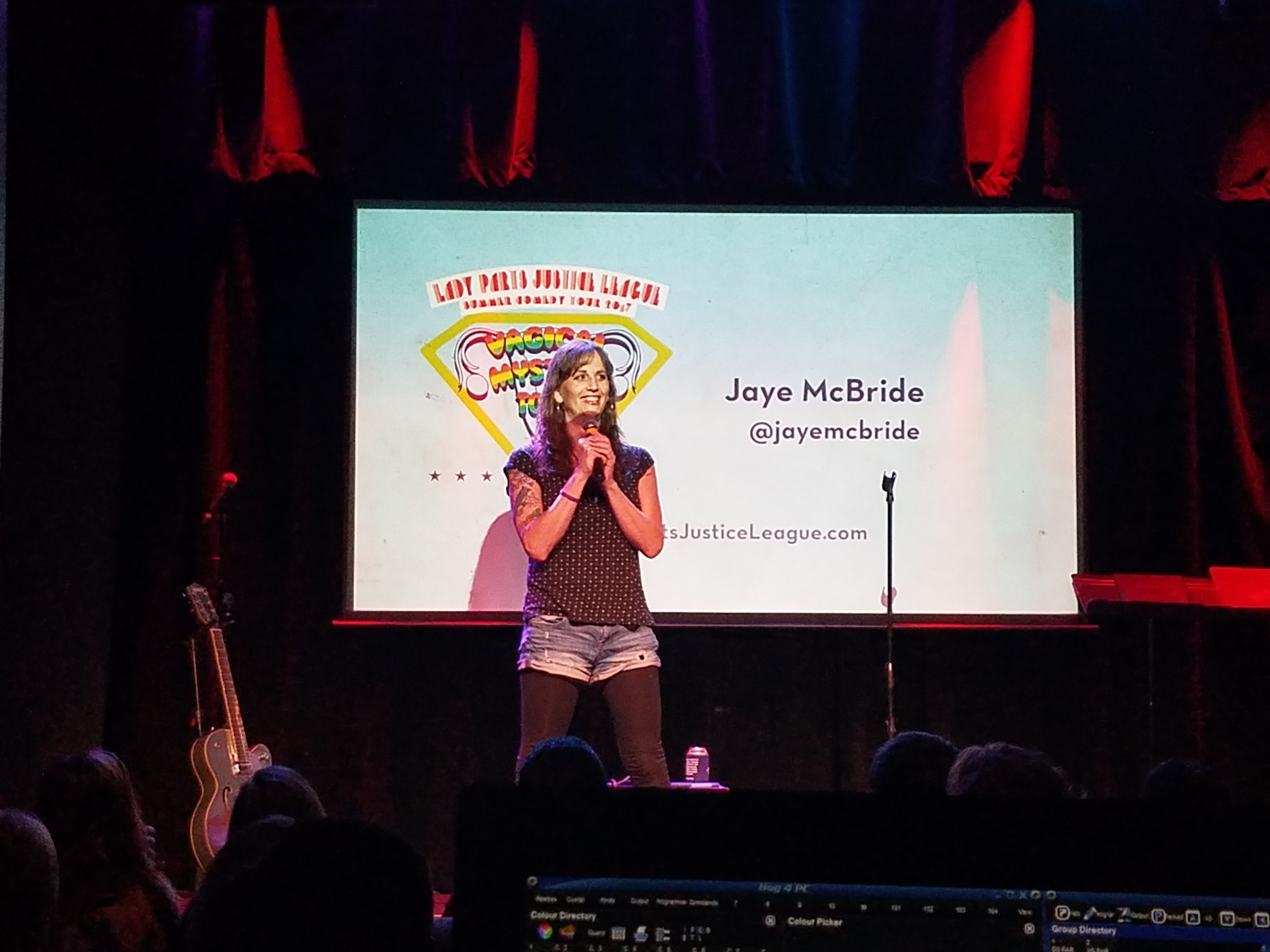 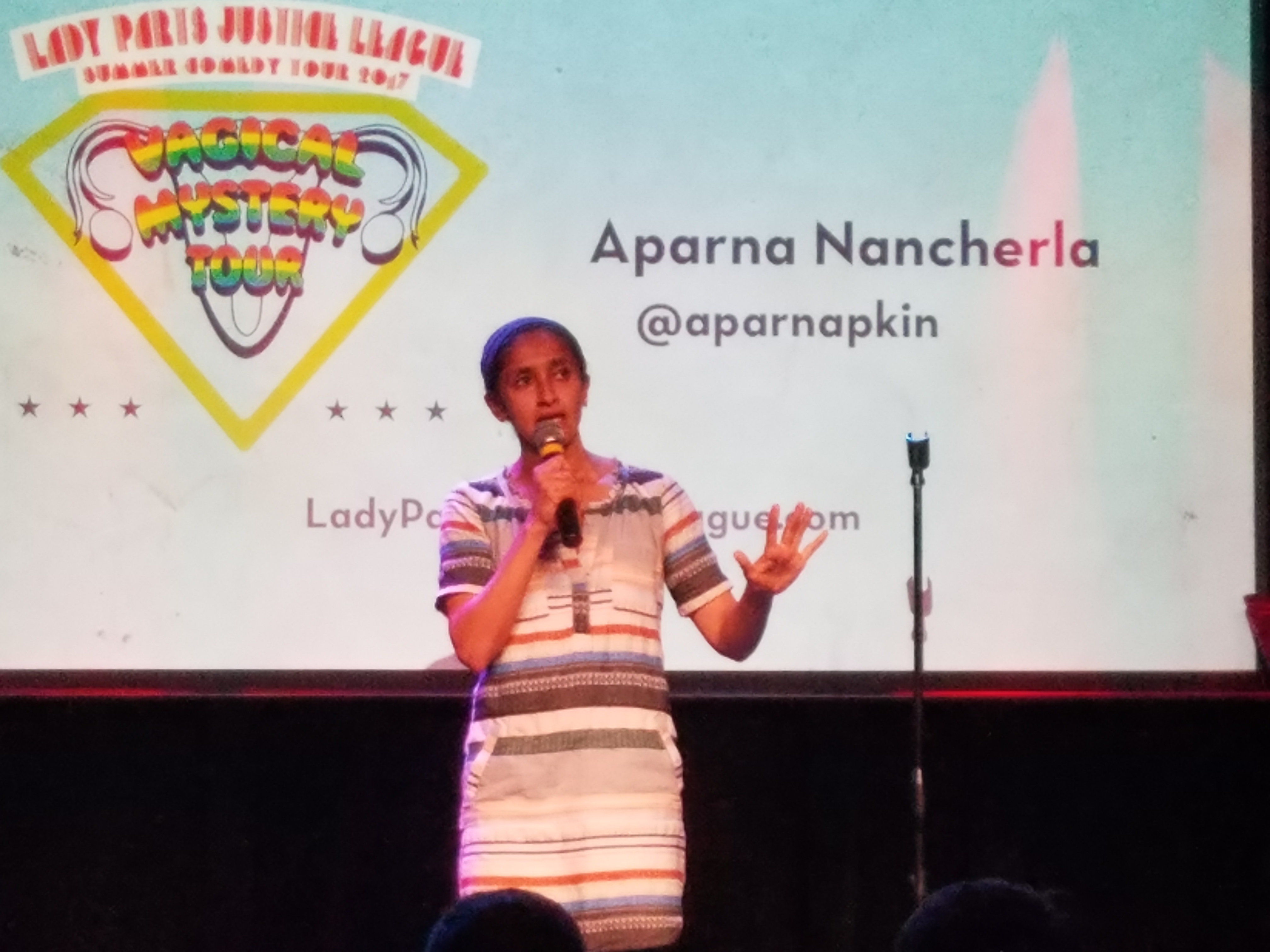 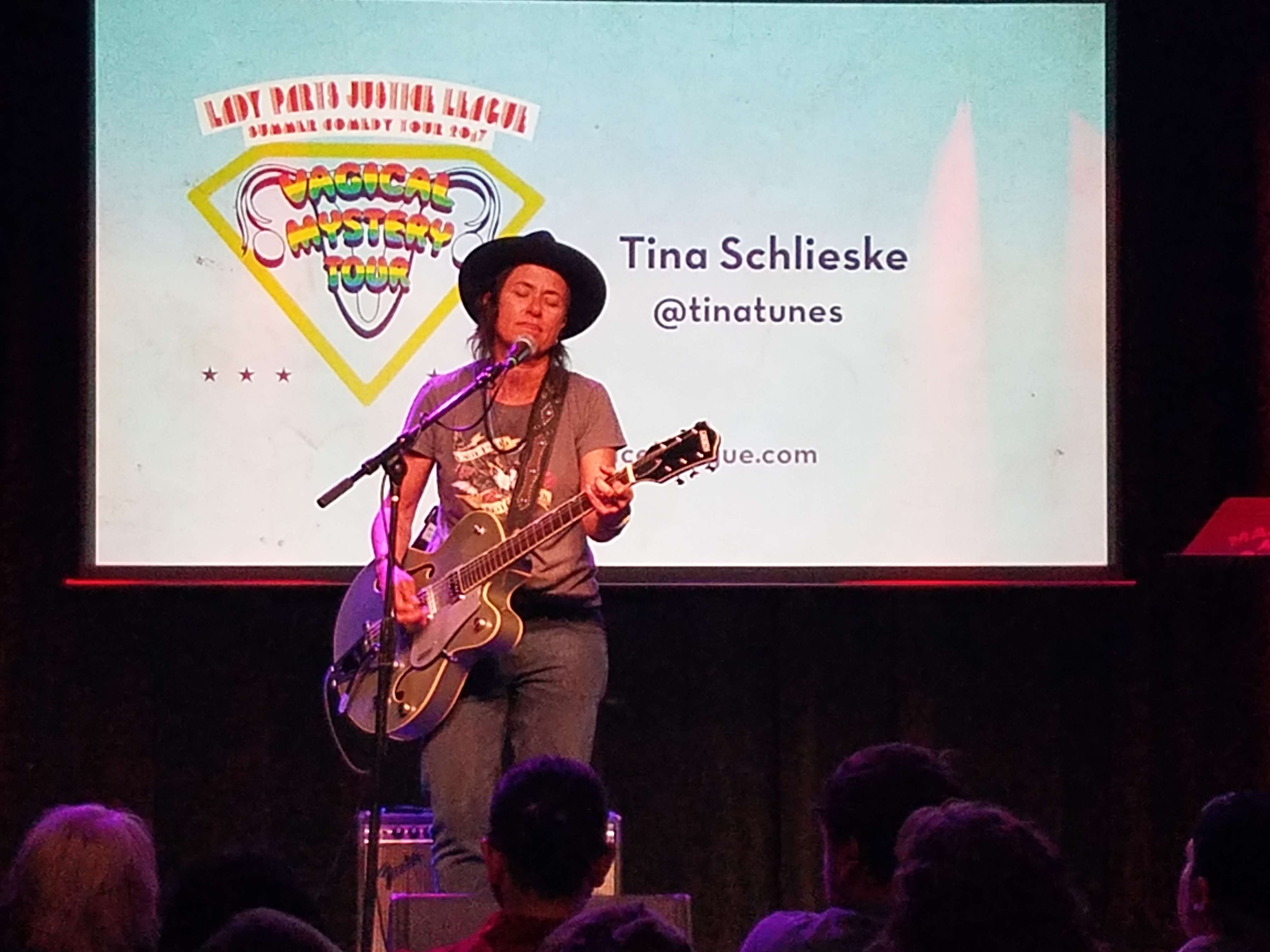 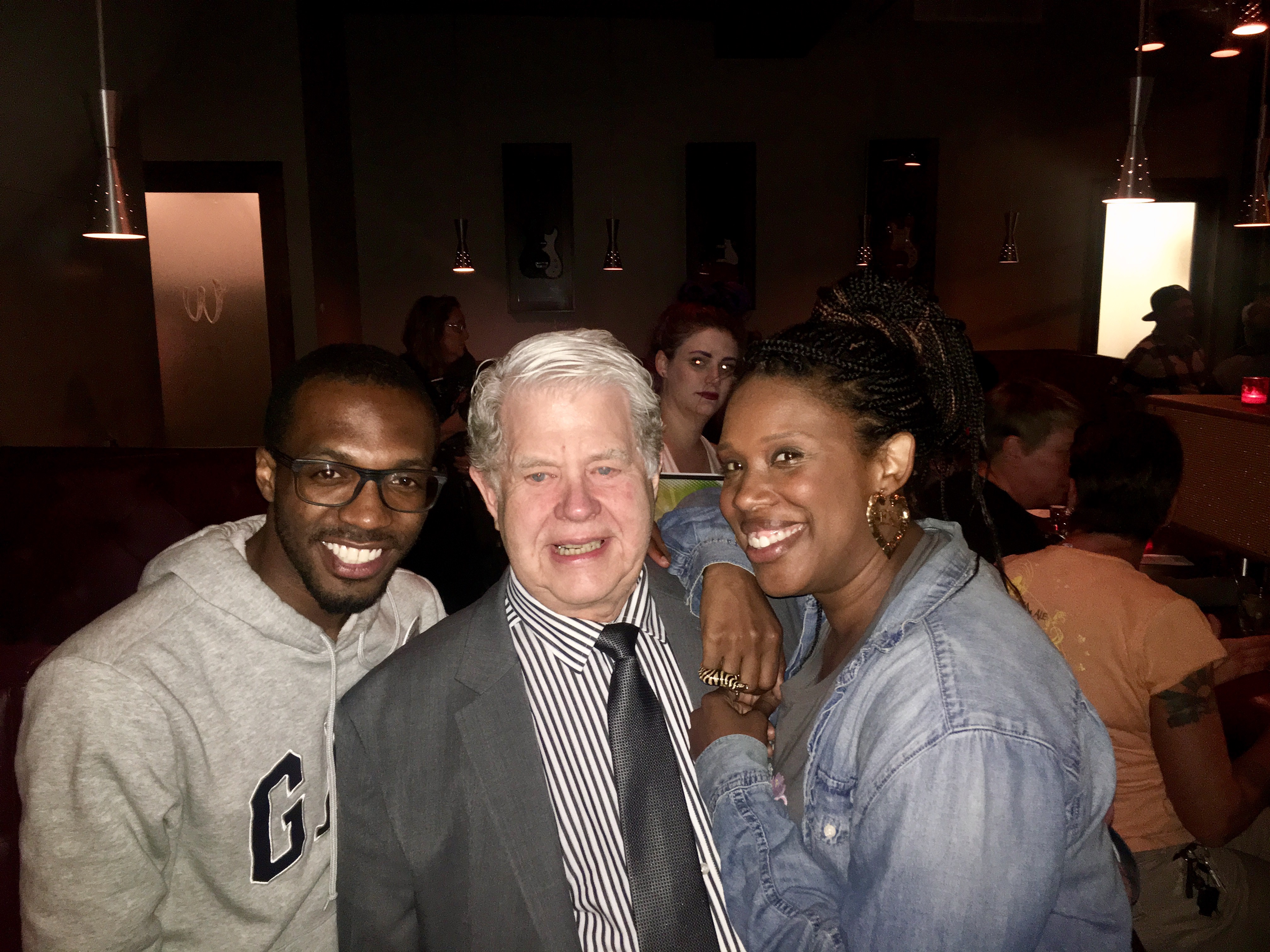