What Happens If You Lose Your Insurance While You're Pregnant?

EXPECTING TROUBLE: Here’s an EYE-OPENING article about what happens if you lose your health insurance while you’re pregnant! That is one VERY pre-existing condition! The answers aren’t all pretty, but they’re in this article. Even under Obamacare you face a lot of bureaucratic static getting from here to maternity. But the thought of being in that situation under TrumpCare is enough to make you have a cow! Take it as more motivation to FIGHT FOR PREGNANCY RIGHTS!

Here’s a handy guide to winning on abortion from some sisters in the fight for reproductive justice. It’s all about acknowledging the contributions of Women of Color, their innovation, strategic insights, and general bad-assery! We can WIN IT if we’re ALL IN IT.

That giant sucking sound you hear is the sound of reproductive rights going down the drain in the middle of the country—the sewage drain that Sam Brownback and Republican lawmakers have made from the once-great state of KANSAS. Brownback just signed Kansas’ new PAPERWORK TRAP LAW that forces abortion providers to cough up absurdly detailed paperwork including specified types of paper, ink, and even font size. Kansas just gave abortion rights a major PRINT JOB.

OHIO is just a heartbeat away from considering YET ANOTHER anti-abortion bill so extreme that GOP Governor John Kasich vetoed a prior version and even Ohio Right to Life refused to back it because it’s clearly unconstitutional. The bill bans abortion any time after a fetal heartbeat is detected… usually about SIX WEEKS! A similar bill actually passed last time and was vetoed by Kasich. Who knows if he’ll have the heart to do it again? 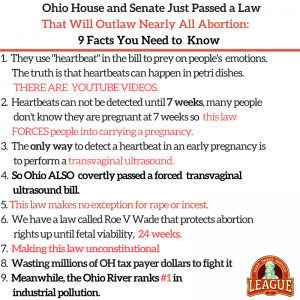 Phony CLINICS KNOWN AS  CPC’s and other “Pro-Life” facilities that routinely lie to pregnant women may at least be held accountable in certain circumstances. The IOWA Supreme Court has ruled that parents can sue because doctors failed to warn them that their child had abnormalities that would have made them consider having an abortion had they known. This wasn’t a case of a CPC, and there’s no evidence it was done intentionally, but CPC’s lie and deceive expectant mothers routinely. This ruling might make them think twice.

ON THE RAZORBACKS’ EDGE! Last night, Vagical Mystery Tour Comics brought down the house at Jackson, MI! The team is traveling to Little Rock, Arkansas today where we’ll bring aid and comfort to Little Rock Family Planning services, and in just two days (Saturday JUNE 10!!), The VAGICAL MYSTERY TOUR will be going HOG WILD at Vino’s in Little Rock, ARKANSAS! Check out this great local interview with LPJL’s own LIZZ WINSTEAD about the fun to come. If you’re within a stone’s throw of Little Rock this weekend, DON’T MISS THIS SHOW! 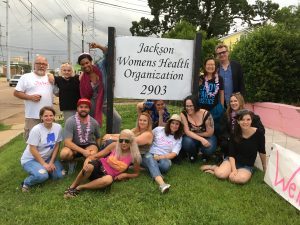 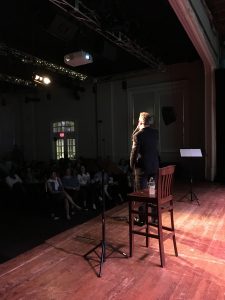 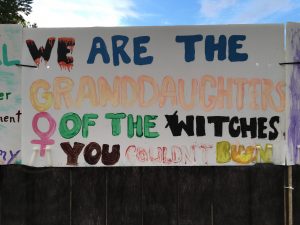 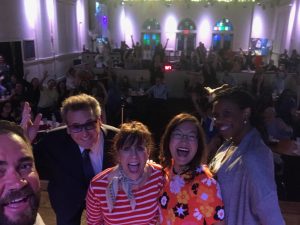