This Doctor Says He Can “Reverse” Abortions

QUACK TIME! Have anti choice monsters ever met a lie it didn’t embrace? The latest medical quackery from the same folks who run “crisis pregnancy centers” is that medically-induced abortions can be “reversed”!! A medical abortion involves two drugs, taken hours apart—first mifepristone and then misoprostol. Abortion “reversal” works on the notion that a large dose of progesterone taken after the mifepristone can prevent the abortion. But the leading medical association for obstetricians and gynecologists says “claims of medication abortion reversal are not supported by the body of scientific evidence.”  In laymen’s terms—IT’S TOTAL AND COMPLETE BULLSHIT! Here’s the sitch- a loon Read looney at a CPC in San Diego has been pushing this bogus notion hard. So of course, anti-choice lawmakers then push laws to REQUIRE doctors to tell these lies about “abortion reversal” to women seeking abortions. The only reversal here is that what they’re saying is the mirror-opposite of reality.

THE SCUM ALSO RISES: PLANNED PARENTHOOD VIDEO TROLL David Daleiden, who is facing felony charges in California for his attacks on pro-choice organizations, is suing to disqualify a judge in his case. U.S. District Judge William Orrick barred Daleiden from releasing his spy videos he shot at meetings of abortion providers. Daleiden is part of the “Center for Medical Progress” the front organization who shot the video hack job on Planned Parenthood in 2015. Now he’s whining because he says the judge has links to someone who has links to Planned Parenthood! Duh dude- EVERYONE DOES. VIDIOT!

TRUMPED CARE: Here’s a little something for fans of poetic justice—Abortion restrictions in the Obamacare repeal efforts might make it impossible for the Senate to pass a repeal bill. Under Senate rules, only budgetary bills can be passed with a simple majority of 50 votes (a process called reconciliation.) If they add restrictions on abortion to the bill, then Republicans need a 60-vote supermajority to pass the bill, and there is no way they’ll get that many votes—there are only 52 Republicans in the Senate. Republicans are trying to finesse FAKE the language so that an abortion ban could slide by under reconciliation rules, but it looks iffy. ACCESS TO REPRODUCTIVE CARE AND AFFORDABLE HEALTHCARE FOR ALL!

TARHEEL SHIT-HEELS! Lawmakers in NORTH CAROLINA are loading up budget bills with anti-abortion landmines. The state Senate version of the budget bill says “no State funds shall be allocated to any provider that performs abortions.” Or as an ACLU spokesperson put it, the bill would “force physicians and facilities to either refuse to provide a common medical procedure or to give up important public health funding from DHHS.” And a House version gives $1.3 million to the Carolina Pregnancy Care Fellowship—a “crisis pregnancy center” that uses lies to discourage women from considering abortion. North Carolina—money for lies, but not for care! LOOK FOR THIS ONE IN YOUR STATE!

A federal appeals court has set a date in August to hear oral arguments over TENNESSEE’s harsh anti-abortion law, Amendment 1. AND AMENDMENT 1 IS ONE FUCKED UP AMENDMENT! It gives Tennessee lawmakers almost unlimited power to restrict abortion rights. It’s already spawned a shit-platter of TRAP laws. By the way, the amendment “TRUMPs” federal law, which has been getting Trumped enough lately. The court hearing is over a complex snafu over how votes for the Amendment were counted. But if things go the right way, people in Tennessee will have “1” less problem!

Day 7! What an inspiring Mississippi trip! After we did some raking, flower planting and escorting with the Pink House Defenders, we had a packed show at Duling Hall! The Tour has now landed in Little Rock, Arkansas! First stop — Happy Hour with The Little Rock Family Planning. Second Stop —  Vino's on SATURDAY for an amazing night of comedy! 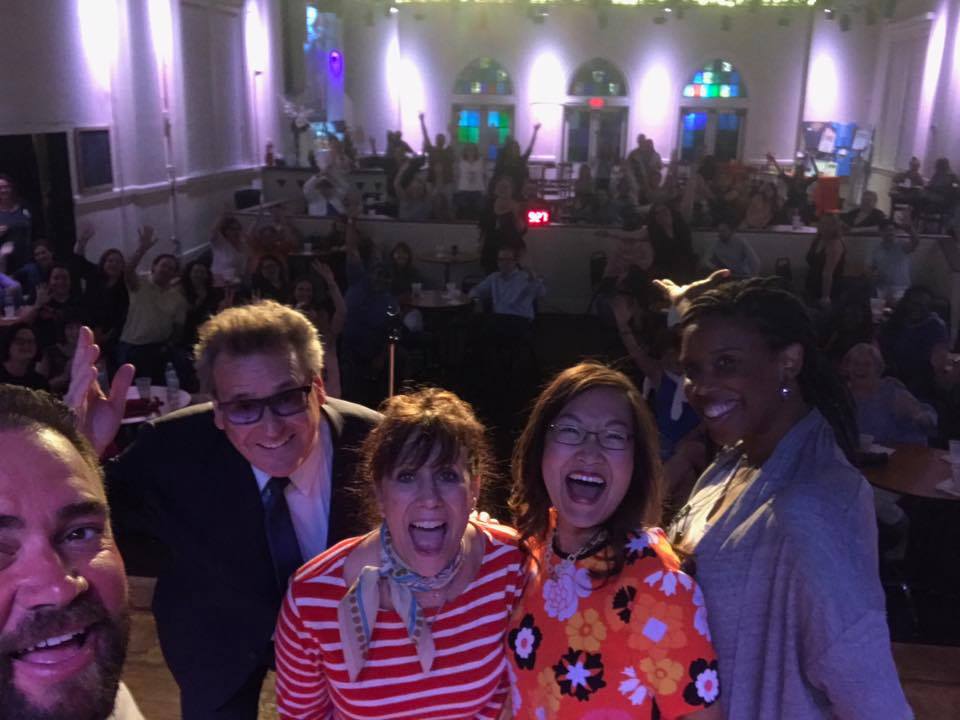