On This Beautiful Day of Anti-Choice Silence, Howz About “We” Don’t Shut Our Resist Holes

Today anti-choicers participate in the #ProLifeDayofSilence or, as we like to call it, a perfect Tuesday on Twitter. Wearing red tape over their mouths with the word “life” written on, their goal is to protest everyone’s right to body autonomy. So while we’re not sure how much attention they’ll get (because, you know, silencing yourself to make some noise is about as effective as reducing abortion by removing access to birth control, but I digress…) we thought today was the perfect time to #ShoutYourAbortion and use #LipsNotSealed to show that when it comes to defending reproductive health, we will never be silent!

Repro Rights Up For a Vote from a Group of Scrotum Danglers. Again.

Remember that 20-week abortion ban that sailed through the House but had “no chance” in the Senate? Guess fucking what. The Hill article in The Hill reveals it has 45 cosponsors and it’s going to be up for a vote in the Senate with no chance of passing. This wasted time could be spent on renewing funding for the CHIP program, you know, healthcare for actual children, but hey, “Why do something popular?”

Find Out YET ANOTHER WAY, Trump Is Attacking a Whole Series of Women!

Whether it’s grabbing pussies or forcing teenage immigrants to give birth, Donald Trump likes to attack multiple women.  We’ve been following the story of the pregnant immigrant girl who was detained at the border and then denied access to abortion care. This detailed Politico piece provides background—and it sure seems like “Hitting below the Belt” is the motivation behind every one of Trump’s policies.

Seriously, all of these shit-spiteful anti-woman policies that the Trump administration is forcing on this country have REAL impact on REAL women. For every one “Jane Doe” immigrant girl detained in Texas, there are hundreds, maybe thousands more who are also denied care. This great Rewire piece has the story of another Jane Doe. This country needs to stop treating women in ways that force them to hide their names.

This must-read Rewire article tells how multi million anti- abortionaires in Maryland spent 7-figures trying to shut down one of the ONLY practices in the country that performs abortions up to and after 28 weeks. Some people NEED abortions later in their pregnancy so maybe spend that million on educating people WHY that is, instead of letting your thugnorance put their lives at risk. 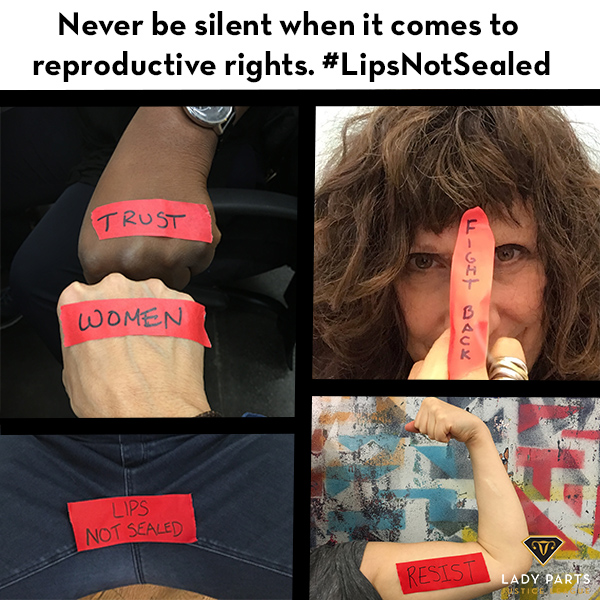