Patriarchy much? Here’s an effing infuriating rundown of all the ways that women are being run down in the new Trump World. From attacks on repro rights to sexual harassment, under this new regime, you’ve got a target on your uterus.

Papers? PUH-LEEZE! Living under Trumpism is ten times as hard when you or your loved ones are undocumented—especially if you’re trying to access repro care or want to join the fight for your reproductive rights. It takes guts to demand control over your uterus when they’re threatening to send all of you away.

Google Hang Out and Get An Abortion, Just Leave the Dog Ears Filter Off

OK—one more time! Abortion is SAFE. Medical abortion is SAFE. Telemedicine is SAFE. All of them are MUCH SAFER than childbearing. The only thing that endangers you are the puritan fucks who are lying to you about abortion safety.

The Devil Wears…Whatever the Fuck They Want To Their Abortion

The Devil Made Them Allow Me to Do It! Abortion access gets easier in Missouri—YES, MISSOURI!—thanks to… oh, I don’t know… maybe SATAN! Read how a lawsuit from the Satanic Temple is helping clinic in Missouri reopen!

A Dumpster firex over at the Federalist Did An Article About Comedy and Abortion and Didn't Include Us and We Are PISSED.

What the fuck does a pro-abortion comedy activist cell need to do to get a little rightwing media hate in this shit-hole? The Federalist did a rant about pro-choice comedy and didn’t say anything about Lady Part Justice League? Hey Federalist, next time we’re railing about neo-fascist propaganda tools, we’re not gonna even MENTION you!

“When interacting with the website, I saw that they offered an “online pregnancy test” (that's not a thing) which was a survey of questions. Once I submitted it, it didn't give me “results” other than to text/call the business for a free consultation which means providing them with my cell phone number.”

Read the rest of Amber’s review on Google and/or Facebook and UPVOTE (bonus points for upvoting on both platforms!). Pregnant people searching for ALL OF THEIR OPTIONS in Binghamton deserve to get the facts – not fake “tests” and “results.” With close to 4,000 CPCs in the United States, calling out these  fake clinics is going to take a LOT of teamwork. There’s no “i” in CVS – (a place that ACTUALLY has legit pregnancy tests – unlike this Crisis Pregnancy Center.) Let’s get upvoting and reviewing! 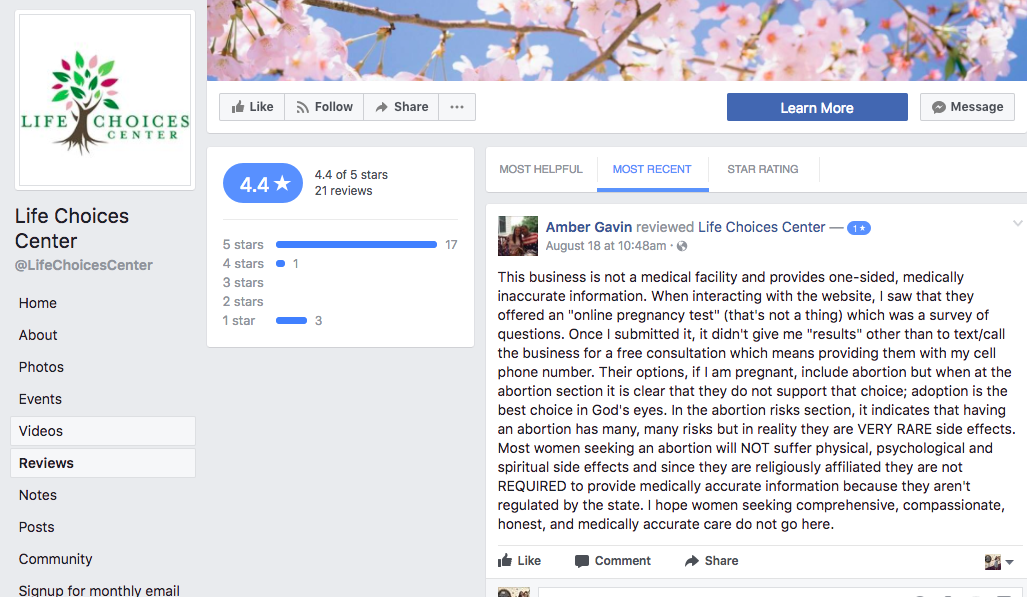