My Name is Caity, and I Am a Feminist.

My name is Caity. I am a feminist and a proud member of the Lady Parts Justice League. Those are tough words to say for a sixteen-year-old girl from a rural Alabama community, where the only developed areas are a Dollar General, a gas station, and a high school. As you can imagine, there aren’t many of my kind out here and slut shaming and victim blaming is common practice among not only the students but also the teachers. Our sex education system is nonexistent. Though we are taught how to not get raped, abstinence-only “health” class has become the standard. The boys and girls are not allowed to touch; so much as a Christian side-hug will not be tolerated. Hugs lead to sex, and sex leads to babies, and that won’t look good for the school’s pregnancy or dropout rate. Being a bisexual, feminist, rape victim in rural Alabama definitely isn’t easy, but I wouldn’t trade it for anything in the world.

I am not the only feminist at school; I am, however, the only one who realizes I’m a feminist. People don’t understand that being a feminist does not equal hating men. It doesn’t mean that I’m going to chop a guy’s testicles off and feed them to my fifty cats, and it certainly doesn’t mean that I’m going to tell a woman how to live her life. Feminism is about equality. Feminism is about a woman being able to do whatever the fuck she wants with her body without the interference of the government or a random asshole who decides he owns another human being. In short, feminism is the radical notion that women are people and deserve to be treated as such.

The summer before my sophomore year, I attended my first rally, which called for the separation of church and state. While there, I met people like Mia Raven, who helps run the Montgomery abortion clinic. My mother began to volunteer with the local clinic and that’s how I got involved. Our job is fairly simple: safely escort women into the clinic so that fuckboys don’t cause them to do anything dumb… like drive into a building. Yes, that was a thing that really happened. Antis be crazy.

I love helping people, and I am excited to be the newest guest blogger for the Lady Parts Justice League. 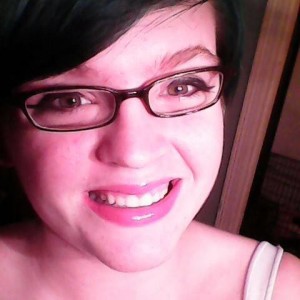 Pleased to meet ya! 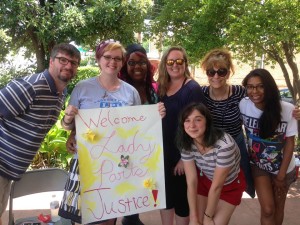