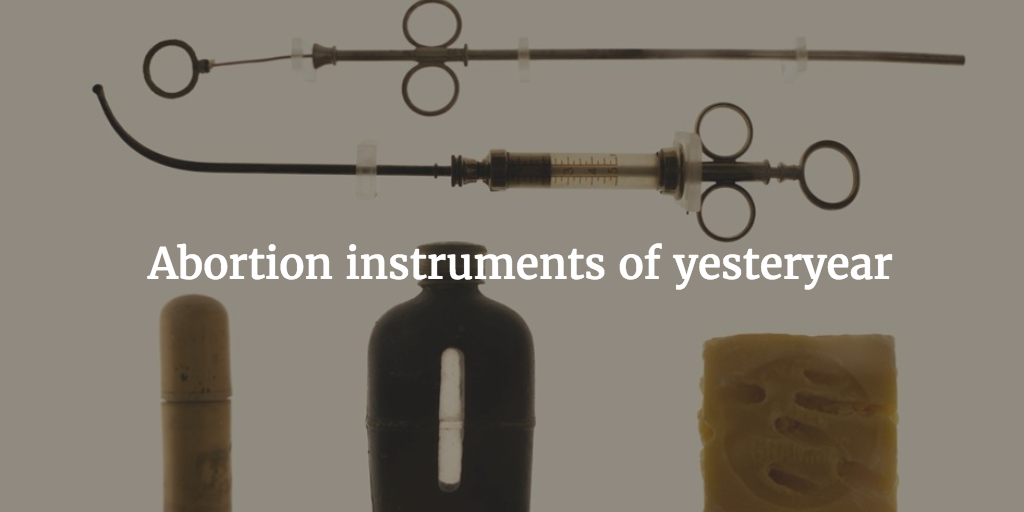 Anti-choice and anti-women crusaders want to turn the calendar back to a time when abortion was illegal and family planning didn’t exist. As we continue to struggle to stop that from happening, it helps to take a rearview mirror look at the bygone world they want to drag us back to.

Writer and teacher Kelly Bancroft has a great video and article in Jezebel that does just that. Bancroft goes in search of information about her great aunt Bessie, who died from a botched illegal abortion in 1910 at the age of 19. Bancroft writes “In the winter of 1910, a young woman named Bessie Watkins left her small Ohio town for the big city of Cleveland. She told her family that a new job was waiting for her, and she took the train north. They would never see her again. In fact, her descendants would never even hear of her until a century later.”

In the end, Kelly Bancroft cannot find a single picture of her great aunt Bessie Watkins. Nothing remains of a 19-year-old girl who had her whole life ahead of her–nothing but a few court documents, a death certificate, and a gravestone that says only “Bessie.”

Had Bessie lived in a world where abortion was legal and safe, she could have terminated her unwanted pregnancy. She could have gotten a job in 1910 Cleveland, started a family when she chose to, and have lived to watch most of the 20th century unfold.

In six short years, Margaret Sanger would found Planned Parenthood. The 19th Amendment would have given Bessie Watkins the right to vote in 1920, before she turned 30 years old. She could have lived to meet her grandchildren and grandnieces who would live to see America vote for a woman for president.

Kelly Bancroft’s search for her aunt Bessie takes place against the background of the Republican National Convention in Cleveland. The rhetoric and the threats from anti-abortion extremists there remind us of how much is at stake.

The tragedy of Bessie Watkins tells us that when women are not in control of their own lives, they’re in danger of losing them. We can’t allow anyone to take us back to that world.