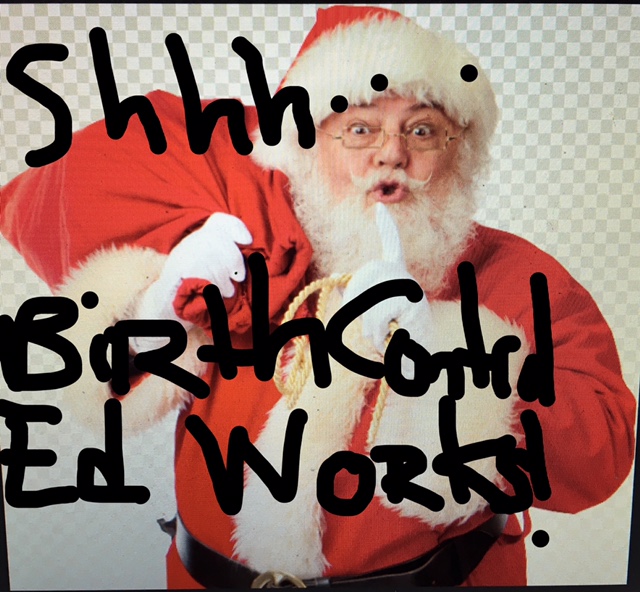 The Congressional Pro-Choice Caucus is leading a squad of Democrats from the House of Representatives advocating that healthcare providers should get more contraception training in order to provide women with better and more accurate options. (From here on out let them be known as “The Squad” as there are almost 24 of them, so it’s an accurate title military wise AND they needed a catchier name.)

The Squad has written a letter to the U.S. Health and Human Services (HHS); I highly suggest you take a gander at it. Such nice stationary! And, if anyone has ever been a supervisor or manager you might immediately recognize the classic way in which the information and ask is presented, (what I like to call) The Shit Sandwich. Good news. Bad news. Nice closer.

The letter begins with a compliment (the following italics represent my paraphrasing, if you want the exact words, again read the letter). You’re doing so great, family planning is more accessible to more people! Then we have a another nice thing that moves directly into shit sandwich time. YES it’s true that unintended pregnancies are at their lowest rate in 40 years but we are still trailing behind other developed countries. Our unintended pregnancy rate (average) is 45%. Which means that almost half the time someone gets pregnant in this country, it was not on purpose.

Then The Squad drops the whole poop on HHS. Examples of women being unable to access contraceptives, problems with insurance and doctors not even knowing some of the options themselves! They cited a recent study showing that less than half of OBGYNs realized they could insert an IUD right after giving birth.

Then, here comes the ask: we need to make better what we have already made better (a need to fix something tucked inside a compliment — which in my opinion is the way to do it). Let’s get doctors more tools and contraceptive training so they can get the options out there to the women! Yes!

I can’t imagine (read that in a voice dripping with sarcasm) why this isn’t a bipartisan issue with Republican signatures on the letter. People beating the anti-abortion drum never seem to get on the contraception train. How, ironic?

This point is often brought up but I feel like it should actually almost be the beginning and end of any anti-abortion argument. (Next the italics depict a fake conversation I'm having with myself where the myself I am fighting with represents most of the GOP.) Oh are you putting money towards women and doctors learning about options for safe and affordable birth control? No? So then go f*ck yourself. BECAUSE CLEARLY YOU DON”T CARE ABOUT THE ABORTION you care about limiting women’s choices and controlling them.

The Squad requests a response from HHS by December 23rd. Just in time for Santa.

This year we would love for people to WAKE THE F*CK UP and realize that the most efficient, cheapest and practical way to cut down on abortions is to provide women and doctors with birth control education. If you could please plant some coal in the kisser of anyone who tries to come up with some lame-o excuse that this isn’t true that would also be much appreciated. Milk and cookies are on the table.