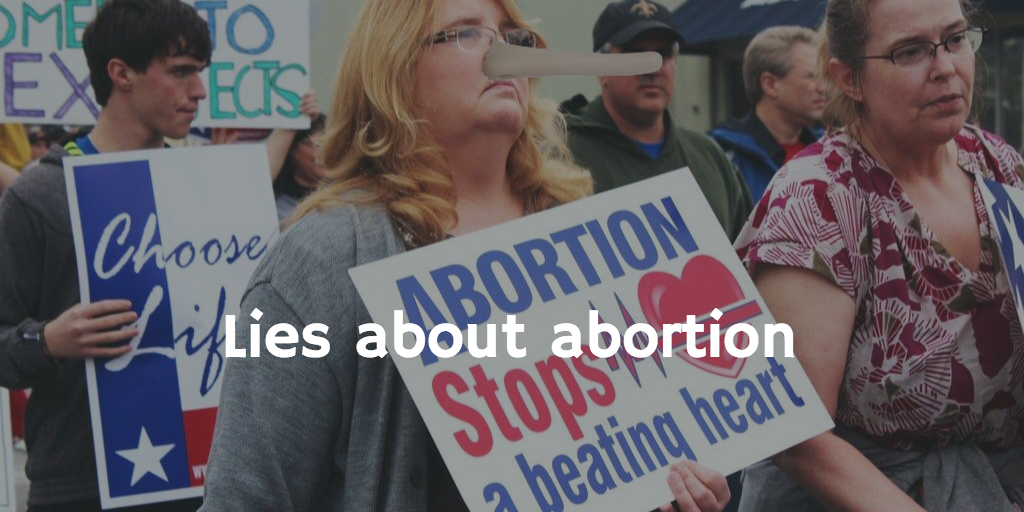 This horror show of an election season is dredging up some very ugly things. And one of the ugliest is the web of lies surrounding the issue of late-term abortions… or as anti-abortion toadies like to call them, PARTIAL BIRTH ABORTIONS!!!! in which they RIP THE BABY from the womb!!!!

One of the upsides of dredging up this sort of muck is that you can finally expose it for what it is. The “Partial Birth Abortion” is a bogeyman that conservatives have been trying to scare voters with for years. The truth is that there’s nothing under the bed, kids.

The place where much of the muck is dredged from is a fetid swamp called Life Site News, a clearinghouse for falsehoods, myths, and general misogyny. Their anti-choice agenda relies on convincing people that abortion access means that any woman can demand an abortion for any reason whatsoever right up until the moment she goes into labor. And that this happens with alarming regularity.

In a recent propaganda posting, the Life Site lizards laid out their agenda for convincing America to believe in the partial birth bogeyman, in four easily debunked steps. Here they are:

The lie: they want you to believe that giggling pregnant teenagers can waltz into a doctor’s office the day before their due date and force good Christian doctors to murder their child.

The truth: the Supreme Court has mandated that any restrictions on abortion have to take into account the life and health of the mother. And very, very rarely that can require terminating a pregnancy in the third trimester.

The lie: What they do here is to describe virtual infanticide in terms graphic enough to upset Stephen King. That simply does not happen.

The truth: as pointed out in a great Huffington Post article debunking the partial birth myth, is that the term “partial birth” is propaganda, not medicine. The term is rejected by the American Congress of OB/GYN. The article describes the procedure of dilation and extraction, which is sometimes medically necessary–and is performed any time after 20 weeks–not in final 24 hours of pregnancy. Dilation and extraction procedures are used in only 0.2 percent of abortions and are illegal unless the mother’s life is at risk

The lie: of course Life Site will want to associate their bogeyman with the EVIL EMPIRE! But it takes some smoke and mirrors to do it. The Life Site article actually says “Some consider any abortion after 20 weeks to be late-term.” Oh! Do “some”?

The truth: Planned Parenthood advertises that they will perform abortions up to 24 weeks. That’s a far cry from the ninth-month pregnancies that Life Site spends the rest of the article screaming about.

The lie: in case you’re unclear on that, Life Site provides endless graphics and videos!*

The truth: it’s a medical procedure, people. If heart bypass surgery were described in graphic enough detail, people would be clamoring to outlaw that as well.

“Partial birth” and “ninth month” abortions, along with the completely malleable concept of the “late term” abortion are buzzwords designed to discredit the notion of a woman having control over her own body. Extraordinarily rare and life-saving procedures are being miscast as representative of what abortion rights are all about–and that’s dignity, autonomy, and empowerment!