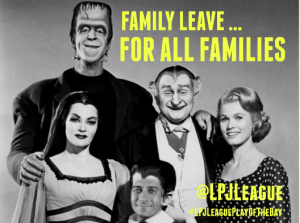 Paul Ryan is fighting hard for generous family leave benefits… for Paul Ryan. The rest of us can take a hike, if we can somehow arrange the time to do so.

Paul Ryan’s lofty demands for taking the job as Speaker of the House include the kind of family time that working men and women can only dream of… in the few hours of shuteye they manage between jobs.

Of course, Paul Ryan’s job is more important than what most of us poor schmucks do–he devotes his working life to making sure that none of the rest of us have anything resembling the perks that he’s demanding. After a hard week of denying things like paid sick time or family leave for American workers, I’m sure that Paul Ryan really relishes some time off to spend with his family.