The Lack of Conscience of a Conservative 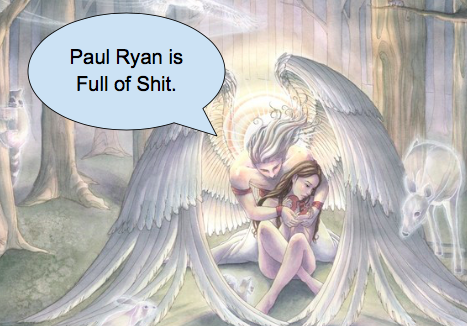 “I think we can all agree that in this country, no one should be forced to perform an abortion.” House Speaker Paul Ryan.

There you have it–reassurance from the most powerful Republican in America that you will not be dragged from your home and forced to perform medical procedures against your will.

That’s probably not high on your list of things to worry about. And really, it’s not high on Paul Ryan’s list either. The thing he’s most worried about is throwing red meat to the hardcore base of the Republican Party.

So the GOP-dominated House passed something they call the “Conscience Protection Act,” because it sounds better than “Paul Ryan’s Job Protection Act.” What it does–beside allowing Paul Ryan to pander to the worst elements of the GOP–is to allow abortion opponents to sue if they feel that they are being hampered in the exercise of their religion… or in the imposition of their religion onto others.

It’s basically a misogynistic version of the sort of anti-gay bills that allowed business owners to discriminate against LGBT people. The “Conscience Protection Act” allows sanctimonious fucks to refuse to have their purity soiled by any association whatsoever with abortion–including refusing to obey state laws that mandate abortion care coverage in health insurance.

The act passed the House, but will undoubtedly die in the Senate or be vetoed by the president. But it will have served its purpose in reinforcing the belief of anti-choice forces that their choice is the only one that can be allowed.