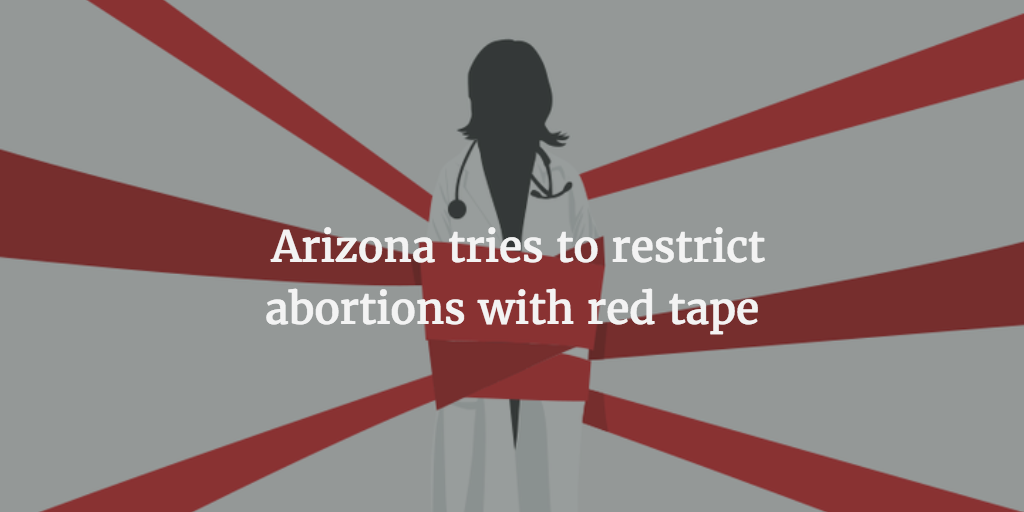 If you thought that a little thing like having the Supreme Court rule that TRAP laws are unconstitutional would stop abortion foes from using TRAP laws, think again–because anti-abortion forces are forever thinking of ingenious new kinds of TRAPs.

Right now, Arizona is trying to ensnare abortion providers in a web of financial regulations meant to deny them Medicaid funding. It’s a virtual money TRAP.

A new law that goes into effect on August 6th allows AHCCCS–the agency which administers Arizona’s Medicaid–to deny Medicaid funding to any healthcare provider that does not fully segregate every Medicaid dollar they receive from any money spent on abortion services. Because that includes overhead such as rent and utilities, clinics say the accounting requirements are impossible to comply with. And of course, that’s intentional.

The makers of this law are willing to shut down an entire facility, denying healthcare to poor women, just to punish providers for offering abortion services. Doctor DeShawn Taylor at the Desert Star Family Planning Clinic in Phoenix said, “I do believe that the aim of the state was to intimidate or punish doctors like me from providing abortion care services,” Taylor added; “bullying us at the expense of women who would want to come to me for their care. ” Even attempting to comply with the law’s requirements would force clinics to hire extra staff, increasing the cost of healthcare.

The ACLU and Planned Parenthood have filed a lawsuit to block the law from taking effect. It’s basically a camouflaged version of a 2012 law that outright barred abortion providers from receiving Medicaid funds for any service that they may provide. A court quickly ruled that unconstitutional, so Arizona came up with this disguised version of the same law.