The Only Reason Abortion Is Political Is Because Politicians Made It That Way. 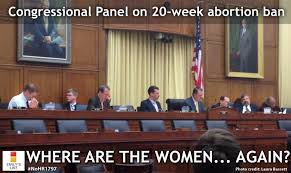 No one – who has ever had an abortion, has ever hoped a politician would weigh in on their choice. Nope. Those opinions were offered up without anyone asking, which is about as welcome as someone texting you a dick pic on spec.

Acquiescing to this, “abortion is political” narrative is just another way to ensure we never have conversations that normalize it. Every time we reject talking about or funding abortion based on the, “It’s too political” premise, we further contribute to the dangerous silencing that is already too prevalent. And worse- it allows extremists who do not believe safe and legal abortion is YOUR medical right, to set all the rules for something that is ANYTHING BUT a game.

We are in crisis because abortion, a procedure that people receive every day, has been conveniently “politicized” and that politicization is often used as an excuse, not only by by extremists so they don’t have to be challenged to defend their bullshit, but, by the “nice” people don’t want to have hard conversations. They make me madder than the anti abortion folks because the irony is, if we actually, had more of these conversations, IT WOULD HELP STOP THE POLITICIZATION, and help move abortion back where it belongs- on the list of healthcare options someone might need, and out of the purview politicians.

So if you think we shouldn’t talk about abortion because it’s is “too political” then I suggest you ask the politicians to stop making it political, and demand more dialogue about why it should never have become political in the first place.