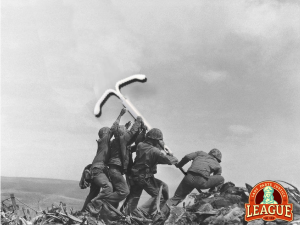 Ever since Donald Trump got elected, there has been a frantic run on everything from applications for Canadian citizenship to grain alcohol. One of the biggest rushes has been by women seeking to obtain long-acting birth control before der Trumpster’s retro notions about healthcare make it inaccessible or unaffordable.

Admirably, there has also been a flood of donations to help reproductive health organizations who are struggling to keep up with the spike in demand. But that surge has bypassed some of the providers who need it the most: independent women’s health centers providing family planning services under the 46-year-old Title X.

First of all, the incredible surge in “IUDemand”: Since the Trumpest struck, clinics across the nation have been inundated with women seeking long-acting birth control before the new President-defect takes office and makes good on his announced plans to scrap the Affordable Care Act. The ACA mandates coverage of birth control with no co-pays. Since out-of-pocket costs for an IUD can run from $500 to $1,000, without the ACA they’re out of reach for many women. Donald Trump’s “go to another state” comments on abortion rights show that he could give a crap… hence the rush.

Title X is a Nixon-era(!) program that provides birth control, breast and cervical cancer screenings, STD treatment, and pregnancy counseling, but not abortion. If we had seen a different outcome on Election Day, we might be talking about adding abortion services to Title X. As it is, we’re desperately trying to save its mandate to at least provide birth control.

Republicans have been trying to deny any Title X funding to organizations that provide abortion, slash the budget for Title X, and even to defund it entirely. Join with LPJL to protect and expand Title X birth control funding. And if you want to help out–don’t forget your local independent clinic!