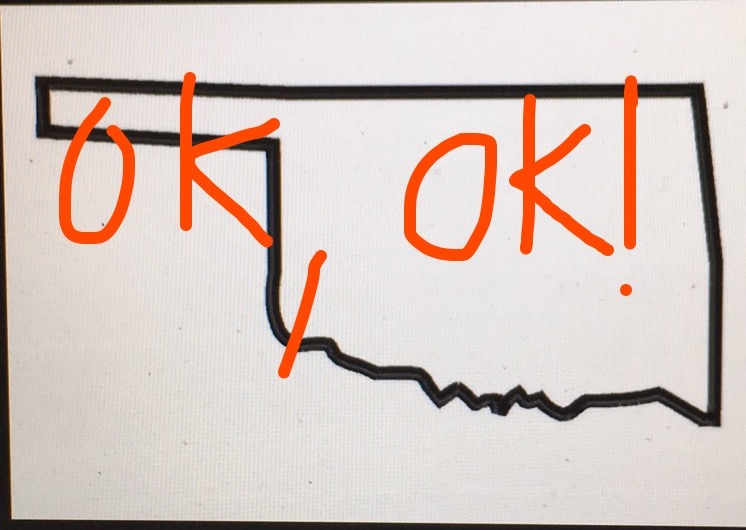 When we think of Oklahoma we might think of the surrey with the fringe on top, the waving wheat that sure smells sweet, football… We also might think of some of the strictest and most hateful anti-choice laws in the entire nation. You may recall earlier this year when the Oklahoma state legislature tried to pass a law that would make it a felony for a doctor to perform an abortion. WOW, NOT OK, OK. You may also remember that Mary Fallin, Oklahoma's Republican Governor, did not pass the bill — NOT BECAUSE IT WAS MORALLY WRONG — but because she felt the language was “vague” — ohhhhhhh my. The fringe on top of my surrey is spiking with rage!

So, considering this rich women hating landscape, the following news is cause for a HUGE CELEBRATION!

It’s been 42 years in the making, but, Oklahoma has opened a new women’s clinic! South Wind Women’s Center in Oklahoma City is run by a Kansas based organization named Trust Women. At South Winds a woman can obtain an abortion, Plan B, get help with adoption and family planning. OK has not opened a new women’s health center since 1974. Previous to the opening of South Winds OK had only two clinics in the entire state and Oklahoma City was one of the largest US cities with absolutely no abortion provider whatsoever.

In honor of such a momentous occasion we wrote a little song:

OOOoooooooooklahoma where women go searchin' for care,
While you’re driving your car, you'll have to drive far,
When you’re looking for an OBGYN chair.

You know the tune…