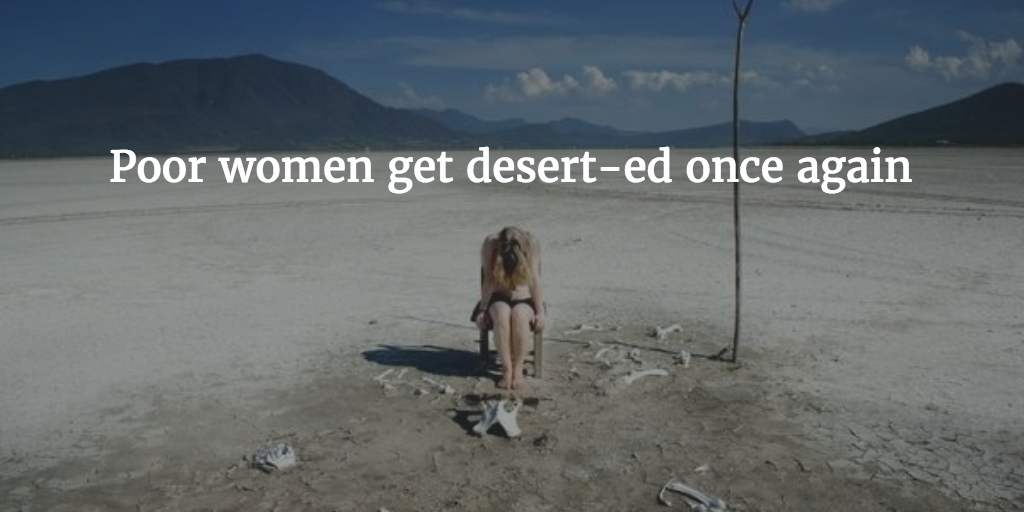 Thirsty? In their unending quest to dry up abortion rights, conservative lawmakers have created what are being called “Contraception Deserts.” And if they have their way, that’s where the bleached bones of your reproductive rights will sink into the sands.

The Deserts are created by anti-choice legislators messing with Title X. That’s the federal  program set up in 1970 (with bipartisan support) to provide family planning and reproductive healthcare. The Department of Health and Human Services (DHHS) gives out Title X funding to various public and private nonprofit organizations through competitive grants.

Conservatives have been trying for years to eliminate Title X. While they’ve failed at that, they have succeeded in cutting funds, and in imposing BULLSHIT state-level regulations on what organizations can get funding.

All of this GOP pissing about has created areas where contraceptive services are simply unavailable to people who without means. And–SHOCKER–those areas are more often in poor and minority communities. And that has real consequences. In Texas–always at the forefront of moving backward–pregnancy related deaths have doubled since 2011.

YOU CAN DO SOMETHING ABOUT IT! DHHS is proposing a new rule that would prevent states from denying Title X funds for bogus reasons (that is, for any reason other than the organization’s  “ability to deliver services to program beneficiaries in an effective manner.”) The public can comment on the new rule through October 7th. Here’s how to (at the bottom of page 61639–bureaucracy, y’all.)

Speak up now–before your opportunity dries up.