Pay Attention! YOUR RIGHTS ARE UNDER REVIEW! 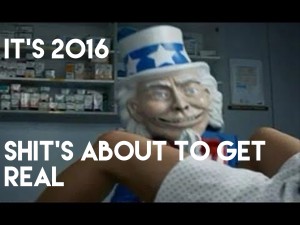 HB2 was passed in Texas in 2013 (you might recall the mighty Wendy Davis filibuster). Prior to the bill there were more that 40 abortion clinics in the state of Texas; there are now less than two dozen. The Supreme Court has placed a hold on part of HB2 – if it passes there will be approximately 6 clinics left in the entire state.

Besides a 20-week abortion ban and limiting use of the abortion pill, HB2 also contains TRAP laws. TRAP stands for Targeted Regulation of Abortion Providers.

What this means is that although abortion is technically legal, restrictions on clinics make it nearly impossible and incredibly expensive to keep a clinic open. TRAP law examples include: requiring abortion doctors to obtain admitting privileges at a nearby hospital (i.e. a woman needs a note from her local hospital —> many of which will not give “permission”) and mandate that abortion facilities meet the requirements of ambulatory surgical centers. More dangerous than getting an abortion (statistically speaking, if you are into facts and those sort of things) is getting your wisdom teeth pulled or a colonoscopy. Do those facilities need to meet the standards of a surgical center?!? No, they do not.

People who support the bill argue that they are just making sure abortion is safe. Statistically speaking (there we go with facts again, ugh) abortion is already one of the safest procedures you can have; so by safe, they apparently mean unavailable. As people in support of reproductive freedoms have pointed out, abortion clinics are being unfairly targeted and making them unconstitutionally hard to access.

Basically, what the TRAP laws might as well be saying is, “YEAH YOU CAN HAVE AN ABORTION – GOOD LUCK TRYING TO FIND A PLACE WHERE YOU CAN GET ONE!”

This decision will set a precedent for the rest of the states and how we move forward. Get your panties in a knot and call your congress people, draw attention to it, this is huge!