You’ve Got a Friend of the Court 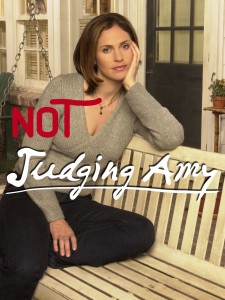 “I have never, not for one moment, regretted my abortion.”

Actress Amy Brenneman is speaking up and speaking out for abortion rights in a very personal and powerful filing to the Supreme Court on the eve of the Court’s hearing of a landmark abortion case.

Along with many other women, Amy has submitted an amicus brief, a “friend of the court” filing to the Court regarding their consideration of Whole Woman's Health v. Hellerstedt, the most important abortion case in the past quarter century.

The briefs tell the personal stories of women like Amy who have had abortions. They’re intended to counteract the shame and stigma that society often attaches to abortion. A third of women have abortions–women that those who make decisions about abortion laws know and love, even if they’re sometimes not aware of those women’s stories. This coming forward is intended to change that.

Adding a personal element to the subject of abortion rights gives the debate the same level of reality that helped move public opinion on the subject of gay marriage. And this effort is also aimed at the crucial swing vote on the court, Justice Anthony M. Kennedy. Although Justice Kennedy voted to affirm abortion rights in the last crucial case to come before the Court, his opinion in another case said that many women regret their abortions and suffer from depression afterwards. He’s a Justice, not a doctor–studies show that 95% of women do not regret their decision to have an abortion.

Amy Brenneman says, “I believe that we connect and learn by the specifics of stories, our own and others'. I am also a believer in taking our private stories public, where the residue of shame — even the shame we were not aware we had — gets evaporated in the light of community and shared experience.” She and and others are telling their stories so that all of us will be able to live ours.