Operation Save America: An Overview of the Key Hateliners! 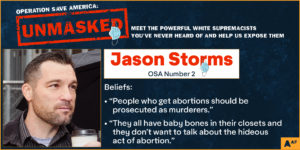 FUN FACT: Obsessed with Braveheart. No really, just look at his Facebook. 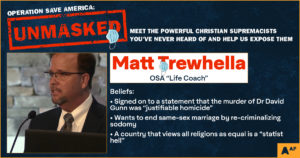 FUN FACT: He’s the kind of grandpa kids run from: “This Christmas, I want you to do the most loving thing. I want you to buy each of your children an SKS rifle and 500 rounds of ammunition.” And all you asked for was a butterscotch! 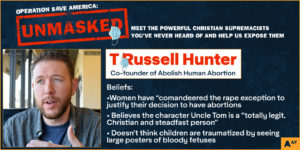 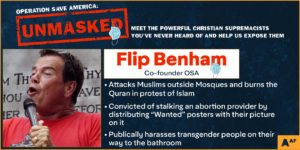 His Ministries and Beliefs

FUN FACT: During Covid he has been protesting at clinics in a Zorro mask, because of course, “covid is a hoax” 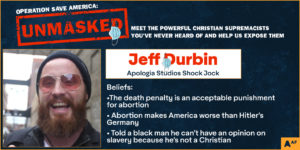 FUN FACT: Has been called The Mortal Kombat of Abortion Ministries

In a nutshell, he believes the biggest problem with the anti-abortion movement is that it’s been TOO nice. Actual quote from his End Abortion Now campaign:

“It is our humble assertion that the modern day Anti-Choice movement has failed to end abortion because they have abandoned this sure foundation and elected to fight on the basis of neutrality rather than Scripture.”

FOR MORE INFO GO TO OSAUNMASKED!

What's the state of abortion access right this sec

TW: Sexual assault/rape. THE @busyphilipps is in t