This year saw a lot of big, attention-grabbing nonsense from the anti abortion vagilantes who are running state governments. From outright bans, to fake science, we blogged about a lot of it (here and here).  But the fetus-above-all-else movement is nothing if not diligent and constant. They don’t just work in big, splashy moves, but also in smaller, sneakier methods that are often more dangerous. We’re talking bureaucratic bullshit, baby, and it’s death by a thousand filings.

These regulations might not carry the sexy  “Wait WHAT?” headlines of the junk science bills (looking at you Ohio)  or the “JESUS CHRIST WE NEED TO BUY AN ABORTION JET!” terror of the total bans, but these lesser known regulations are scary, insidious and are the roadblocks they use to close clinics. JUST ASK TEXAS! (We’ll get to it).

So as the year comes to a close, we offer our AAF TOP FIVE useless regulations you might not have heard that COULD FUCK A WHOLE LOTTA SHIT UP.

At first glance, it can seem like requiring a minor to get consent before a procedure is logical and good. But then…let’s think about all of the reasons a minor might have for NOT wanting to tell their parents about their abortion. To say nothing of minors that are, say, in the foster care system, or estranged from their parents or legal guardian. And after we’ve gone down that hole of darkness, hopefully we’ve all emerged realizing how cruel these bills are! Florida’s bill got struck down this year but it gets a mention here for two reasons. 1) it’s slated to pass in 2020, like the world’s worst game of whack-a-mole and 2) the patient HAD TO GET THE CONSENT NOTARIZED. Hoops on hoops on hoops on hoops! That is the anti-abortion way!

Missouri really is the OG of bullshit abortion laws. This year, they passed a law that banned abortions after 8 weeks. But, because of Roe v. Wade, it didn’t go into effect. So, to stick it to the clinic with a smaller, more bureaucratic stick, they’ve gotten into a petty back and forth over minor infractions with the St. Louis Planned Parenthood, which is also the last clinic in the state, over renewing their license to operate. When it comes to shutting down access to everyone in your state, NO INFRACTION IS TOO MINOR! For example? “Not all of the staff had participated in a fire drill.” Ummmmmmmmmmmmmmmmmmmmmmm, yes. Let’s deny healthcare to all of your citizens because Jeanine wanted to finish her Diet Coke instead of participating in the fire drill. Goddamnit, Jeanine.

Forcing people to get extra ultrasounds for procedures is… completely invasive for a patient who has ALREADY made their decision. Then forcing them to wait 24-hours for an abortion… WHY? Oh, right because they’re trying to trick people into not being able to come back for an abortion.In Virginia, this ulstrasound law was UPHELD because, even though the judge acknowledged that they caused additional burdens to patients and EVEN THOUGH he realized it was disproportionately affecting people of color that STILL wasn’t enough for him to overturn them.  What. A. World.

And then JUST this month the Supreme Court refused to see a case out of Kentucky, which meant that an anti-abortion ultrasound law where the physician is required to DESCRIBE the ultrasound as well, was upheld. This can be extremely traumatizing for patients and has no value whatsoever other than… doing exactly what we said, trying to traumatize patients!

And now our big final two: TRAP LAWS! TRAP stands for Targeted Restrictions on Abortion Providers. And the most important thing to know about them is that they are illegal. In 2016, Whole Woman’s Health argued before the Supreme Court that USELESS regulations were hurting clinics and GUESS WHAT?! They won!!!  But DOUBLE guess what?! The damage had already been done! Texas once had 40 clinics and now they have roughly 17. USELESS REGULATIONS WORK… TO SHUT DOWN CLINICS.

Ohio passed a law that would not only require abortion providers to bury or cremate all “fetal remains” after a procedure, but would also require people seeking abortions to submit, in writing, what their preference is before they have their procedure. This is a regulation we’ve been discussing since our INCEPTION. They often are scary and use language so broad and all encompassing (to trap people) that they someone even include requirements for MISCARRIAGES TO BE BURIED. HOW FUCKED UP IS THAT?! ANd Pennsylvania really “hold my beer’d” Ohio on this one and extended their burial law to SUCH an extent that it could include fertilized eggs too! Look out for that one in 2020!

Look, I know I’m a fiendish, pro-abort witch, but that is ghoulish, even for me.

And the number one most useless and annoying regulation goes to….

Remember when we said Whole Woman’s Health WON their case? Wouldn’t it be so cool if that was just the end of the story? Lol no such luck. It’s deja vu all over again because the Supreme Court agreed to hear this case from Louisiana, which is IDENTICAL to Whole Woman's Health v. Hellerstedt. Not KINDA identical, like the Olsen twins. We’re talking Weasley twin identical. Actually, I take that back. It’s like Chet and Colin Hanks because Louisiana is worse. They saw how well it worked in Texas and not only passed a bunch of the exact same laws targeting June Medical Services, but this case will also determine whether or not clinics will be able to fight for their patients’ rights in the future. To quote the Guttmacher Institute, “The Court also agreed to consider whether the providers and clinics in this Louisiana case have standing to bring the lawsuit, despite decades of settled law allowing abortion providers to sue on behalf of their patients.” And, now that SCOTUS has a conservative majority, everything we fought so hard for might be overturned faster than Kavanaugh can chug a beer.

So yeah, these laws may be technical and specific and confusing. But they’re also everything! 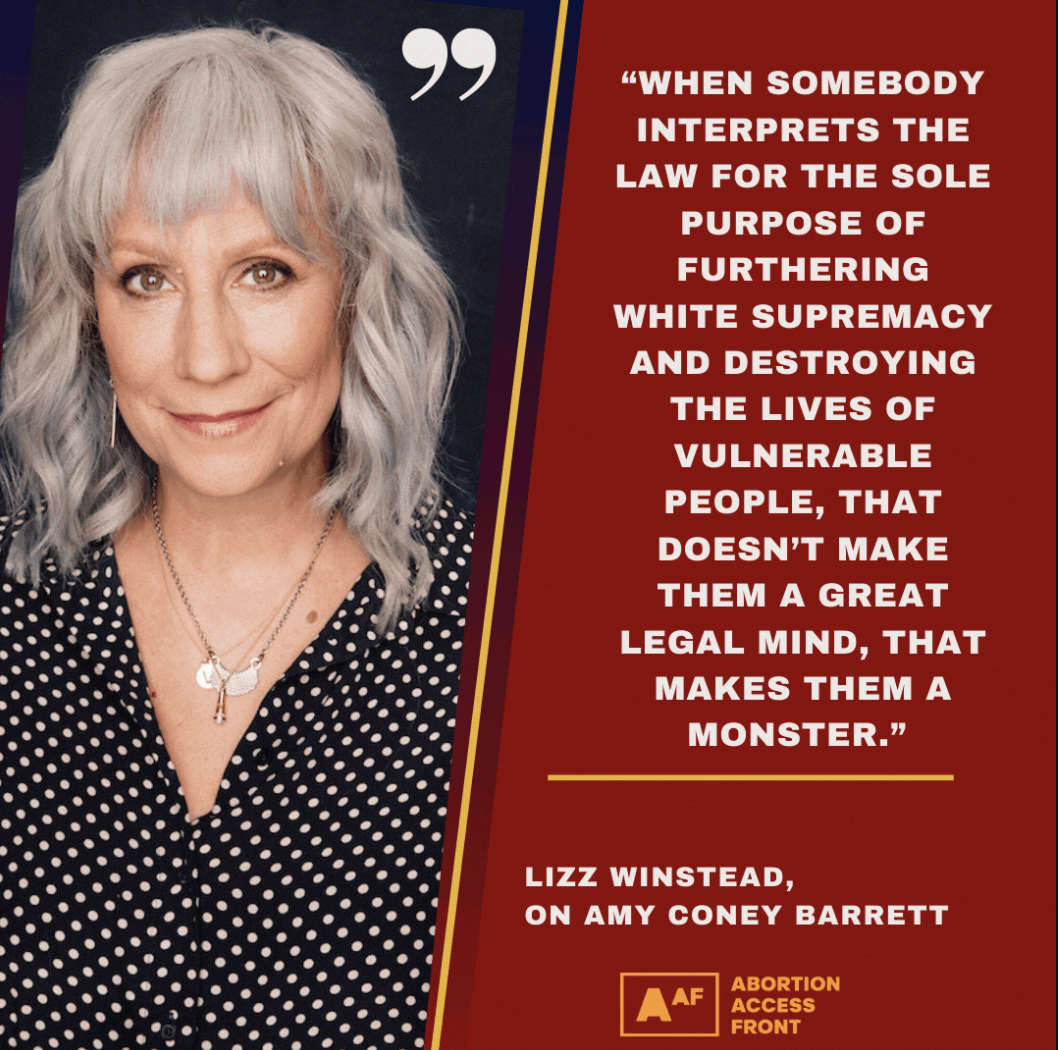