In Missouri, “Show Me State” anti-choice zealots are busy showing everyone what assholes they are. A group of St. Louis Catholics are suing the city over an ordinance that prohibits discrimination against people who have had an abortion, or who use contraceptives, or who get pregnant outside of marriage–or what most of us just call “PEOPLE”!!! These St. Louis arch-fiends want the “religious freedom” to throw you out of your apartment for using condoms!

The Trump administration’s fuck-nuts expansion of the global “make-me-gag” rule now forces the right’s anti-abortion crap down INTERNATIONAL women’s throats. And of course, it’s the most exposed throats–the throats of poor women around the world. Just like with TRAP laws in the US–they can’t fool you into thinking abortion is wrong, so they’ll just make it unavailable.

Conserva-twits in Iowa have found their own ways of getting around last year’s Supreme Court decision that supposedly safeguarded abortion rights. These Corn-holes have a law that prohibits Medicaid patients from getting even non-abortion services from any clinic that offers abortion. 4 out of 12 Planned Parenthood clinics in Iowa have been forced to close, and that’s Plain Wrong.

Seven states (SEVEN!) have only one abortion provider left. Not only are anti-choice creeps bad at science, their sense of Geography is as bad as the acting in a popular 90s soap opera. 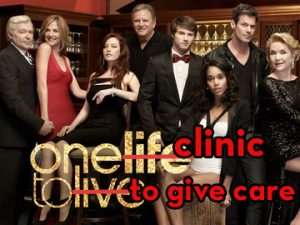 Thanks for deciding to have your baby–now get out!

What do you get when you get into bed with anti-choice Christian hypocrites? YOU GET FUCKED! That’s what an unfortunate Christian School student in Maryland learned after she got pregnant. She went along with the doctrine of the school and didn’t pursue her right to an abortion. So as a punk-ass “thank you,” the school kicked her off the student council and barred her from graduation ceremonies. These “pro-life” dicks are shaming the very people they browbeat into believing their crap!