Still wondering how to #ExposeFakeClinics? Bustle Gif-splains it for you!

TAKIN’ ON THE FAKES: A big shout out to Bustle for showing us a little love with a great story on our #ExposeFakeClinics Week of Action! If you haven’t heard then you haven’t been listening—NOW is the time to call out those fake “Crisis Pregnancy Centers” that masquerade as real clinics to shame women and pregnant people out of making their own choices. Bustle talks to our own Lizz Winstead about giving the manager of one of these phony clinics located in Pittsburgh, the same treatment they give abortion providers every. When you protest a fake clinic you don’t risk inflaming an already tense situation like you can when you counter-protest a real clinic. And it shouldn’t be hard to find a protest a fake clinic—there are five times the number of these imposter clinics than their are of real clinics! Follow the links in story and learn how to get involved.

SLAM DUNK! The WNBA’s Seattle Storm put on a full-court press for Planned Parenthood this Tuesday. Five dollars from every paid admission went to support Planned Parenthood, netting them over $41,000. This is the very first official partnership between a professional sports team and Planned Parenthood. Gee, maybe that’s because the ownership of the Seattle Storm is all-female—which is something else we need more of! More donations came from a raffle, an online auction, and contributions from Seattle-based app, Vermouth. Four Storm players took part in a PSA for PP, and the pre-game rally even featured a PP supporter who had an abortion that very day! And it included center Imani Boyette of the rival Chicago Sky. Let’’s make this a trend and expand to Indie clinics also!  Hey San Antonio Stars- how about supporting Whole Woman’s Health! When it comes to supporting reproductive health—we’re all on the same team.

It’s day 4 of the #ExposeFakeClinics Week of Action, and the site has had over 10,000 visits! Online and in-person actions are happening all over the country, and we’re thrilled to be one of the 40 reproductive rights orgs on the ground and calling CPCs out. Are YOU taking action? Share your stories on the Expose Fake Clinics Facebook Event Page, tag @calloutfakeclinics on Instagram, and make sure to use the hashtag #ExposeFakeClinics. We can’t wait to see how you’re fighting back!

Tex-asses Back At It- Now Trying to Jail Doctors

HYPOCRITICAL OAFS: This state ain’t big enough for OB-GYN’s! Texas, birthplace (and burying ground) of some of the vilest, most insidious anti-abortion scams, is at it again. Now a bill is being proposed that would revoke the licenses of physicians who perform virtually any abortion—never mind that ABORTION IS A CONSTITUTIONAL RIGHT. This piece of nutbaggery from State Rep Valoree Swanson is extreme enough that it hasn’t made the agenda even in the Texas legislature’s current special session especially devoted to extremist nutbaggery. But this being Texas, somebody could always throw it on the grill.

HOLOCAUST CONTAINMENT: Isn’t there a rule that you NEVER use a Holocaust comparison? It’s offensive AND ineffective—WRONG on so many levels. Which is why when a Holocaust reference does bubble to the surface of the sociopolitical sceptic tank, it usually comes from a “fetus fetishist.” Here’s just the latest to cause a furor—a new communications specialist for Illinois Governor Bruce Rauner named Brittany Carl has compared abortion rights to Nazi atrocities. Carl wrote “Certainly nothing matches the atrocity of the Holocaust, but it’s undeniable that abortion is being used to rid the world of disabled and other ‘unwanted’ persons” and followed up with “Attempting to rid the world of people with Down syndrome simply because they are different constitutes the dangerous and morally reprehensible practice of eugenics not entirely unlike what was practiced in . . . Nazi Germany.” OK, Brittany—family planning is not genocide. And a look through Hitler’s kit bag of favorite tricks would undoubtedly turn up plenty of parallels with the operations of “pro-life” types who shame, vilify, and even murder to advance their agendas. But we don’t mention that. Because there’s another reason that Holocaust comparisons are avoided—they show the moral bankruptcy of the people making them. Thanks for making that clear!

When repro right are under attack, what do we do? Bare minimum, give them a buffer zone.

SHARK WEEK: The single abortion oasis in Louisville Kentucky is in survival mode as the Summer of Justice invades their clinic this week and they are asking this hostile government to give both patients and providers some protection.  Louisville’s federal prosecutor has asked a judge to institute a buffer zone to give patients and caregivers at least a modicum of safety. A restraining order under the Freedom of Access to Clinic Entrances Act would result in stiffer penalties for violating the buffer zone. In the meantime, LPJL is going to be in Louisville on July 22 to provide a buffer between the good people of Louisville and the approaching sharks! Be there!

Vagic was in the air at last night’s packed show in Pittsburgh! Our hilarious comedians were joined by Jill Sobule who got the crowd singing and dancing- 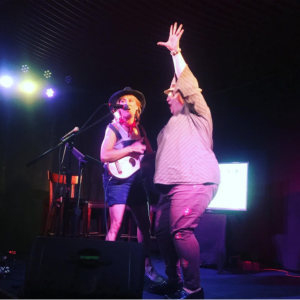 Shout out to the badasses that joined Lizz Winstead for a talk back! 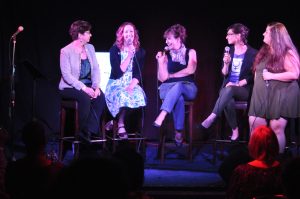 Despite PA’s own restrictive laws Pittsburgh serves patients from surrounding states that have limited access and long AF waiting periods. It was so amazing to hear about the supportive care being provided!

You have one last chance to get in on the fun this summer- come hang out in Louisville at Headliners Music Hall (Tickets here!) this Saturday! 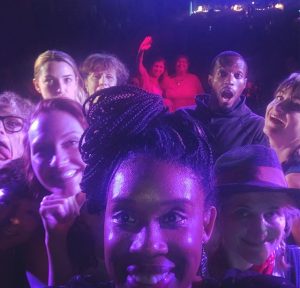 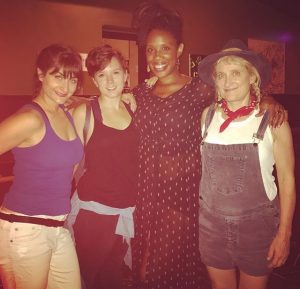 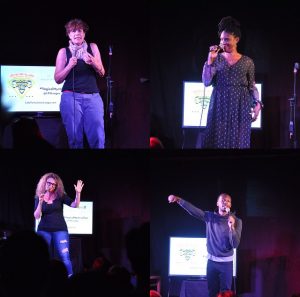 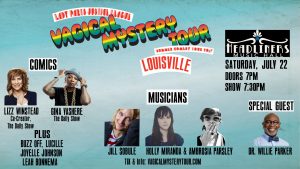