So We Meet Again, Scott Lloyd — the Monster Behind the Trump Policy of Holding Pregnant Girls Hostage in Refugee Centers Only Cares About One Thing and It's Not Refugees

As we’ve told you, the clusterfuck around the pregnant immigrant teen who was being denied access to abortion care in a detention facility was due to  Trump’s ugly alliance with Christians Jesus would hate. Scott Lloyd, the head of refugee resettlement is a slimy anti-choice and anti-contraception (!) crusader! Of course! You’ve GOT to see this segment from LPJL friend Rachel Maddow about Scott Lloyd turning refugee shelters into forced birthing centers! 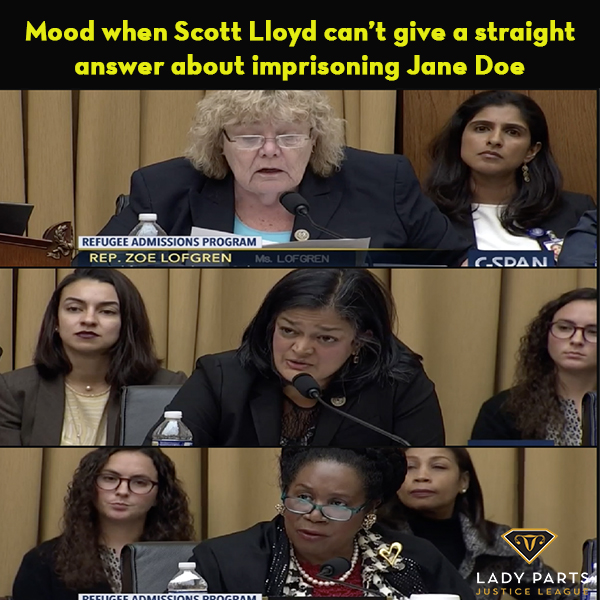 Jane Don’t! Jane Doe Got Justice, But Trump’s Anti-Choice Gulag Is Keeping Thousands of Others Prisoner!

In the vital piece above, Rachel notes that Trump’s Gulags were holding at least 38 pregnant girls as of March—7 months ago! We don’t know how many were coerced into giving birth against their will. This shocking piece in Democracy Now! explains that there are thousands being held under this insane regime of puritan reeducation camps!

Sorry, Tom Petty—We DO Have to Live Like a Refugee. Proposed 6-Week Abortion Ban Makes Us ALL Jane Doe!

Meanwhile, anti-choice enforcers are trying to turn us all into refugees in our own country with a bill that outlaws abortion after 6 weeks! You don’t need to be an OB-GYN to realize that essentially bans ALL abortion before the person is likely to be aware they’re even pregnant. Here’s something to put that all into focus!

The anti-choice propaganda machine loves to spin horror stories about abortion being used to selectively kill female fetuses. And they do it by selectively slandering Americans of Asian descent as guilty of routine sex-selective abortions. Hey assholes, abortion isn’t murder, and Asian-Americans are not female baby slayers! Somebody needs a history lesson about China forcing abortions, and a culture lesson that China is not every asian. Just wow.

#Exposefakeclinics! It’s our last Few  Days of Our  Week of Action! Here’s how You can Join Us!

If there’s a common thread to the shit being spewed by anti-choicers, it’s the lies, fakery, and fuckery that are summed up in their fake CPC “clinics.” Go to exposefakeclinics.com now and see how you can help spread a little truth!