Hey, it’s Jenn from Lady Parts Justice League, I’m just chillin, thinking about how we all assume abortion will become outlawed in America because some creeper takes an extreme anti-abortion law to the Supreme Court…of course in the end it has to be settled between him and RBG with hand-to-hand combat. She looks like she’s gonna win, but in the end he takes her down, and the next day we’re all in Handmaids robes. Red is not my color. 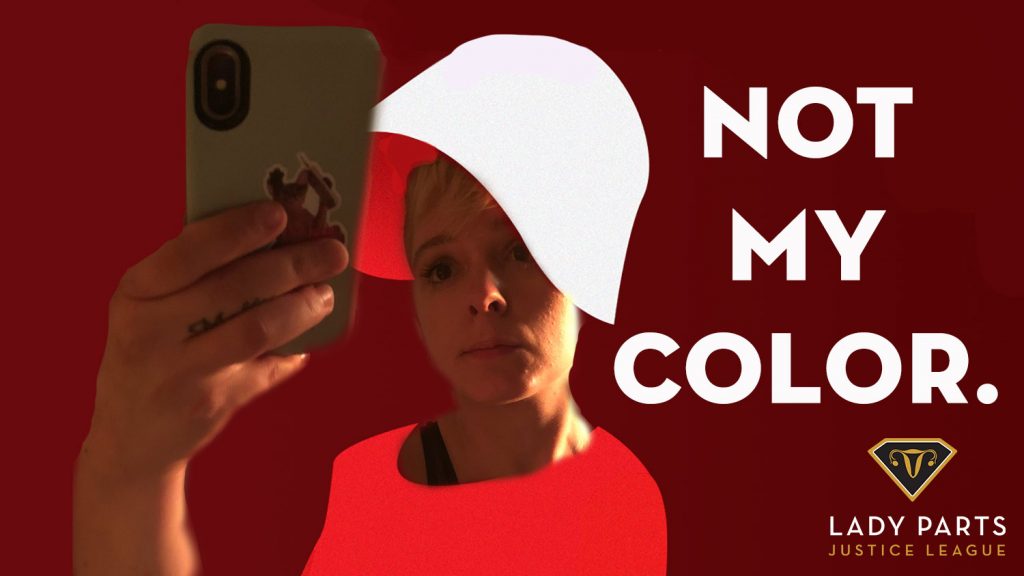 But in reality, losing access to abortion will look a lot more like the laws trying to be pushed through Louisiana this week.

Let me catch you up, all it takes is a quick review of their 50 point plan! First up, the 15 week abortion ban. Masked as, “what? It’s not as horrifying as a 6 week abortion ban” legislators in Louisiana are trying to push this through, but it’s still severely limits a pregnant person’s timeframe to get an abortion.

Then we pile on more laws, like one that prohibits coerced abortion and defines criminal abortion as a crime of violence. Yup, this is a gateway law, leading to putting anyone who performs an abortion on trial for murder!

Stay put, I’m not done. There’s another law that doesn’t just limit Medicaid funding but also means that in order to receive any state funding, an abortion clinic must be physically separate from a place where any Medicaid services are performed.

Basically putting such intense financial restraint on clinics that they could be forced to close and all these other laws don’t even flippin’ matter anymore because there is nowhere left in Louisiana to get an abortion.

I see you “safe state” drinking your rosé and thinking you don’t have to worry because you don’t live there. Well 49 of 50 states have enacted abortion restrictions since Roe v Wade, so we may be closer to that RBG Thunderdome than you even realize.

Also let’s go ovary-it again, in every “safe state” , there are vulnerable people who don't have the means to access abortion (or rosé) so let this be a reminder that there are no safe states.