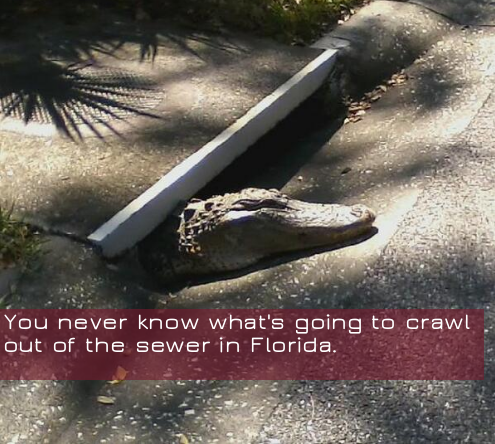 It’s not like Florida isn’t already full of things that can kill you–hurricanes, alligators, pythons, George Zimmerman… now reptilian-brained conservatives in Florida are trying to pass a law that allows the government to kill you for using birth control.

REALLY! Anti-abortion dead-enders are pushing to amend the state’s constitution to ban abortion–and to make anyone seeking an abortion or performing one guilty of first-degree murder. And under Florida law, they would be subject to the death penalty.

Oh, and that includes anyone using many of the most popular and efficient forms of birth control like the morning after pill, intrauterine devices (IUDs), contraceptive implants, and hormonal birth control pills.

The ballot initiative considers a fertilized egg an “unborn human being” from the “moment of fertilization.” And abortion is defined as the “use or prescription of any instrument, medicine, drug, or any other substance or device, to intentionally kill an unborn human being.”

Great! Florida is home to prehistoric reptiles who will drag you into the swamp, bath-salt zombies who will eat your face, and racist vigilantes who will plug you full of bullets. And they want to pass a law to execute women for using an IUD.

In Florida, shooting anyone who annoys you is “standing your ground,” and a visit to the CVS after a condom breaks is first-degree murder. Hey, maybe if you shoot your fetus, Florida law would excuse you.